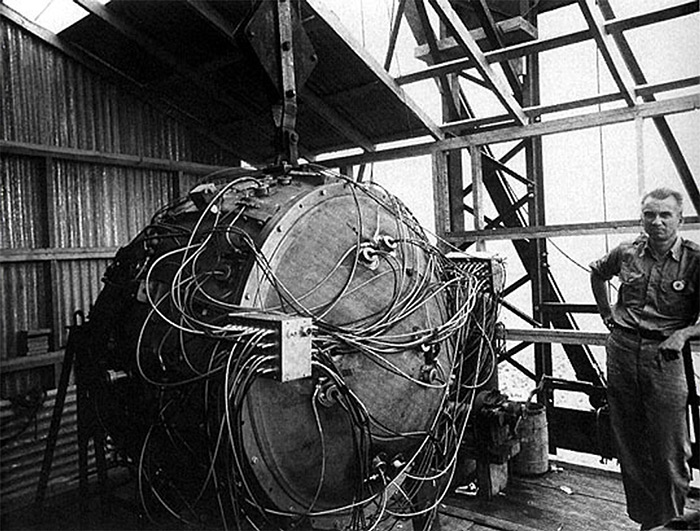 J.R. Oppenheimer is often referred to as the father of the atomic bomb for his role in the Manhattan Project, the World War II project that developed the first nuclear weapons. The first atomic bomb was detonated on July 16, 1945, in the Trinity test in New Mexico. Oppenheimer remarked later that it brought to mind words from the Bhagavad Gita: “Now I am become Death, the destroyer of worlds.” The following video shows him quoting from the Bhagavad Gita about the testing of the atomic bomb.

Two days before the Trinity test, Oppenheimer expressed his hopes and fears in a quotation from the Bhagavad Gita:

“In battle, in the forest, at the precipice in the mountains,
On the dark great sea, in the midst of javelins and arrows,
In sleep, in confusion, in the depths of shame,
The good deeds a man has done before defend him.”

Oppenheimer, although raised in a Jewish environment, was deeply affected by Vedic philosophy. His brother said that Oppenheimer found the Bhagavad Gita “very easy and quite marvelous… (and) was really taken by the charm and the general wisdom of the Bhagavad Gita”.

Oppenheimer also claimed that, “access to the Vedas is the greatest privilege this century may claim over all previous centuries.” 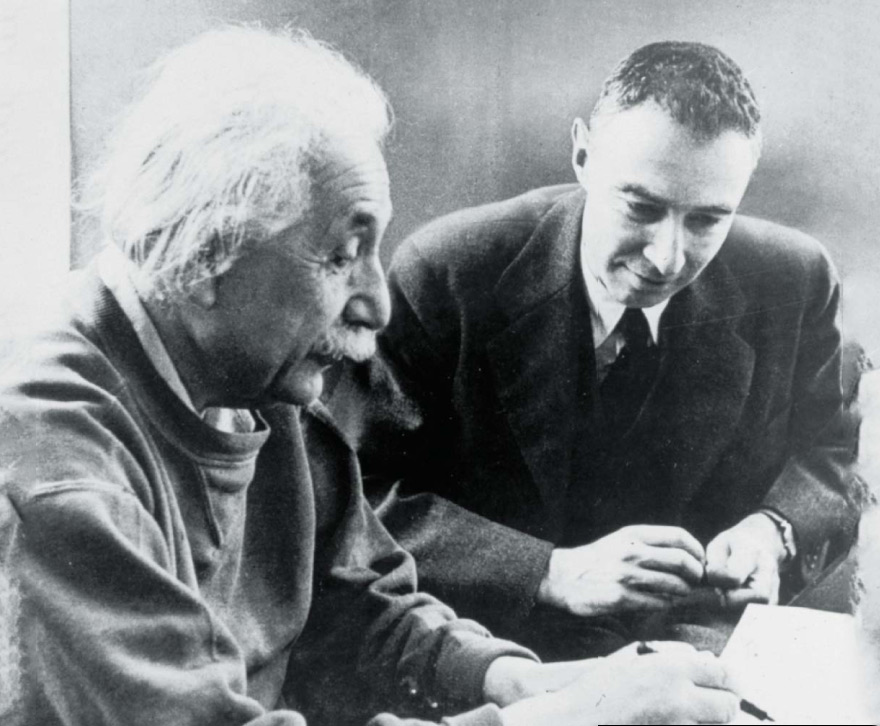 Remarkably he even once hinted at the possibility of weapons on par of the nuclear ones he was working on in previous eras, particularly those of the Ramayana and Mahabharata. While he was giving a lecture at Rochester University, during the question and answer period a student asked a question to which Oppenheimer gave a strangely qualified answer:

Student: “Was the bomb exploded at Alamogordo during the Manhattan Project the first one to be detonated?”

Some people suggest that Oppenheimer was referring to the Brahmastra weapon mentioned in the Mahabharata. The appreciation didn’t stop there. So much so he always gave the book (Bhagavad Gita) as a present to his friends and kept a copy on the shelf closest to his desk. At Franklin Roosevelt’s funeral he read a passage from the Gita, chapter 17 verse 3, “Man is a creature whose substance is faith, what his faith is, he is”. 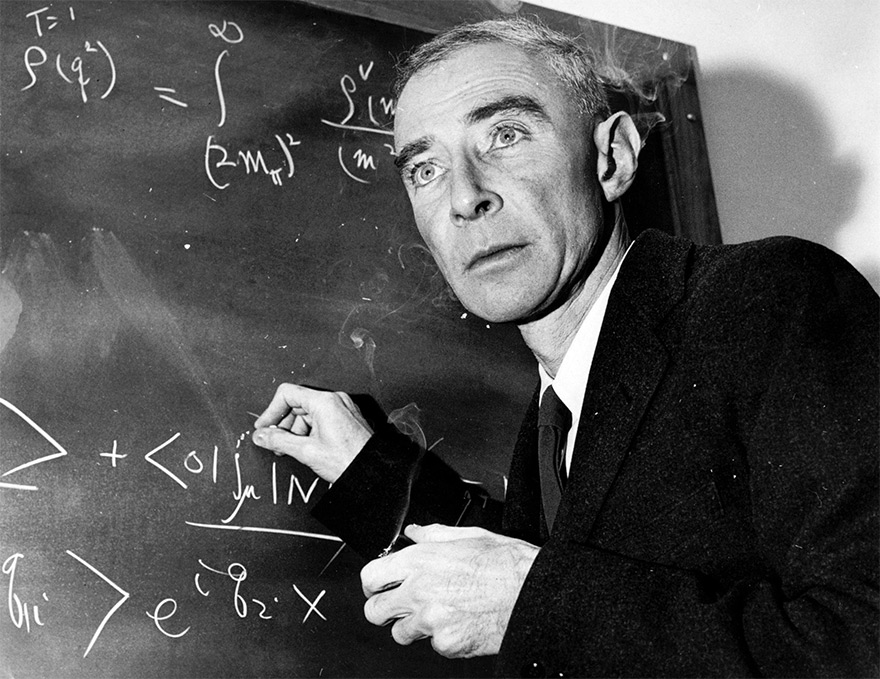 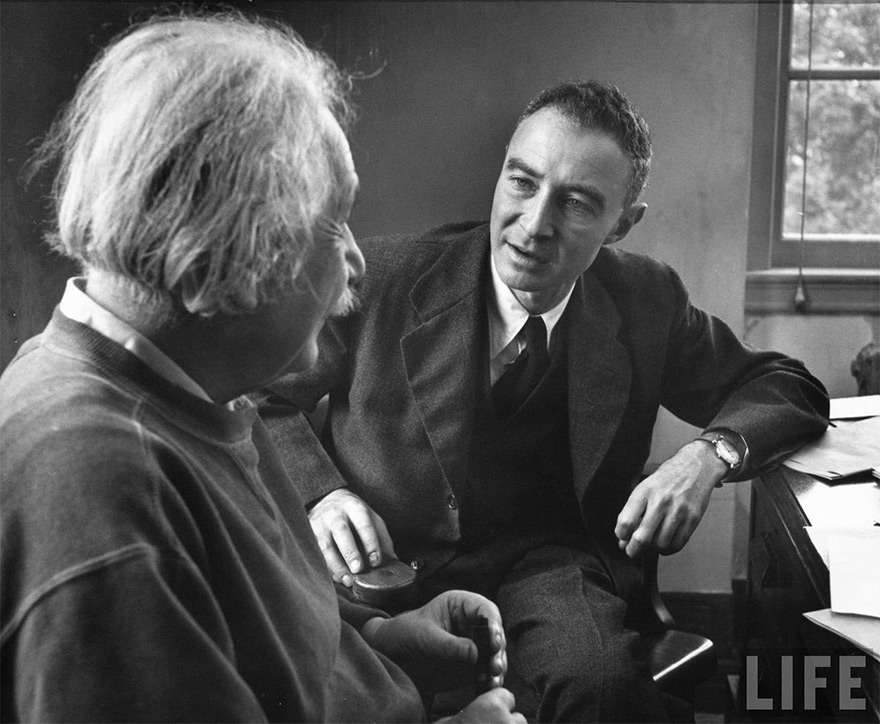