Classification of Warriors by Bhishma in the Mahabharata 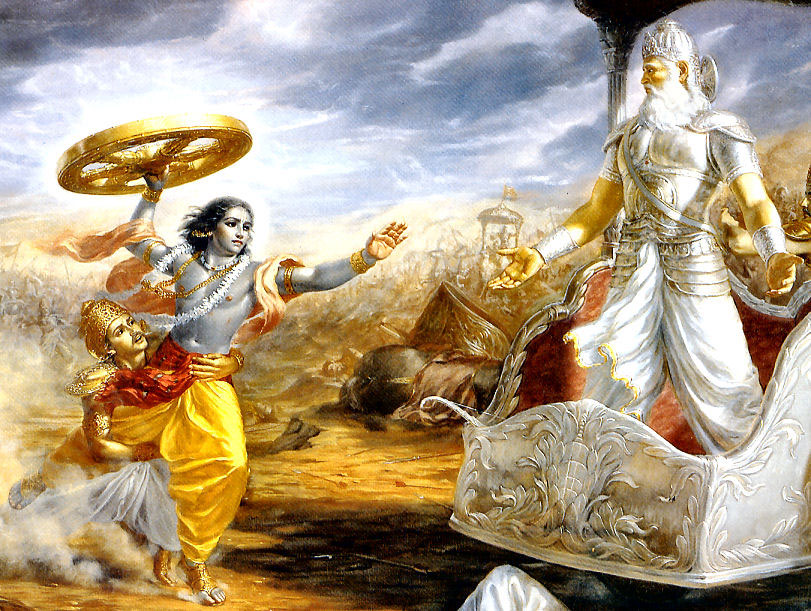 Bhishma, the grandsire of both the Kauravas and the Pandavas, analyzed each warrior on both sides of the battle. He said there are 3 types of warriors. They are the Rathi, the Atirathi and the Maharathi. Based on his judgement and knowledge of the science of weapons he classified every warrior involved in the Mahabharata war. According to him the highest level of a warrior is the Maharathi.

He defined the three classifications as follows:

Atirathi: A warrior capable of contending with 12 Rathi class warriors or 60,000 warriors simultaneously.

Maharathi: A warrior capable of fighting 12 Atirathi class warriors or 720,000 warriors simultaneously, and having complete mastery of all forms of weapons and combat skills.

Classification of Warriors from the Kaurava Side:

Sakuni, King of Gandhar and uncle of Kauravas

Duryodhana’s son Lakshmana and the son of Dushasana

Jayadrath, the king of the Sindhu and brother in law of Kauravas

All 99 brothers of Duryodhana, including Dushasan, are single Rathis

Duryodhana is classified as a warrior equal to 8 Rathis

The ruler of Madras, Salya

Bhurisravas, the son of Somadatta

Kripa, also known as Kripacharya, the son of Saradwat

Alambhusha, the Chief of Rakshasas

Vrishasena, the son of Karna,

Asvathama, the son of guru Drona and the avatar of Lord Shiva. (Even though he was classified as a Maharathi, in reality he was peerless and equal to Lord Shiva in battle according to Bhishma; but the only pre-condition is that Asvathama has to become extremely angry to unleash his full potential.)

Karna is equal to 2 Maharathi.

Bhishma, even though he never classified himself. Later it was revealed that Bhishma was equal to 2 Maharathi warriors.

Classification of Warriors from the Pandava Side:

Yudishtira the son of Pandu and Kunti, is a Rathi.

Nakul and Sahadeva are single Rathis

Bhima is regarded as equal to 8 Rathis.

Satyaki of the Vrishni race,

Dhrishtadyumna the son of Drupuda

Ghatotkacha, prince of Rakshasas and master of all illusions, son of Bhima and Hidimva.

Dhrishtaketu, the son of Sisupala, the king of the Chedis

All sons of Draupadi are Maharathis

Abhimanyu, the son of Arjuna is equal to 2 Maharathi.

Arjuna is equal to 2 Maharathi warriors.

Agastya’s Gateway through the Vindhya Mountains