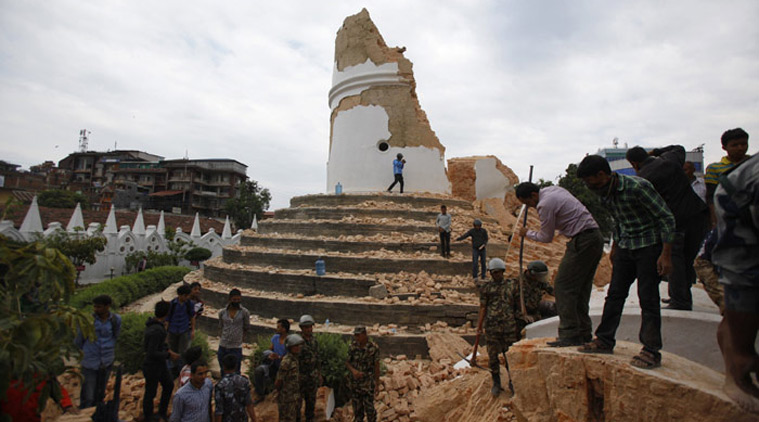 The devastating earthquake that originated in Nepal on Saturday may have been the strongest to hit the central Himalayan region in the last 80 years, but scientists say this was not the big one that they had been fearing would strike the area.

At 7.9 on the Richter scale, releasing energy “equivalent to about 100mn tonnes of TNT”, Saturday’s earthquake was second only to the 8.3-magnitude earthquake that had struck the Bihar-Nepal region on January 15, 1934. The eastern end of the Himalayan region, on the Arunachal Pradesh-China border, had been hit by a 8.5-magnitude earthquake on August 15, 1950.

After that, the region has seen much smaller earthquakes, the biggest being the one in Chamoli, Uttarakhand in 1999 that had caused widespread damage. In 2011, the Sikkim-Nepal border also was hit by a 6.8-magnitude earthquake.

The Himalayan region is the meeting point of the Indian and the Eurasian tectonic plates, and their interaction leads to frequent earthquakes. The Indian plate is known to be pushing north and northwestwards, getting below the Eurasian plate, which is the reason for most earthquakes in the area.

“We know there is a huge amount of accumulated strain in this area. It is due for a major earthquake, perhaps a series of earthquakes, bigger than 8 on the Richter scale. That is the kind of energy that is estimated to be accumulated there. This was certainly not one of those earthquakes that is probably imminent. In terms of energy release, I would say this would not have released even four or five per cent of the energy that is estimated to be stored there,” said Harsh K Gupta, former director of the Hyderabad-based National Geophysical Research Institute and a former member of the National Disaster Management Authority.

Prof Sankar Kumar Nath of IIT Kharagpur, who has studied seismic activity in the Himalayan region, said the energy released from Saturday’s earthquake “was equivalent to the explosion of about 100mn tonnes of TNT, comparable to the energy in detonation of small nuclear bombs”.

“This earthquake would only be classified as medium in terms of energy released. That area, the 2500-km stretch from the Hindukush region to the end of Arunachal Pradesh, is capable of generating much bigger earthquakes, even nine on Richter scale,” he said.

A magnitude 9 earthquake is ten times bigger but approximately 32 times stronger than a magnitude 8 earthquake — magnitude is a merely a reflection of the height of seismic waves measured on a seismograph.

While India has escaped relatively unhurt in Saturday’s earthquake, the danger of aftershocks still persists. Already, more than 15 aftershocks of varying magnitudes were observed in Nepal. The biggest of them was 6.6 on the Richter scale and all of them emanated from the same area, near the epicentre of the main earthquake.

Gupta said more aftershocks can be expected and the possibility of an Indian town or city getting impacted might not be totally ruled out. Aftershocks of such a big earthquake can even be felt after two months, he said.

Since they cannot be predicted or prevented, an expert said, the key to avoiding largescale devastation from earthquakes is, therefore, precaution and planning.

Ajay Paul of the Dehradun-based Wadia Institute of Himalayan Geology said it was all about incorporating earthquake-resistant methods in urban planning.

“The lesson, once again from this earthquake, is that we need to adapt and plan and prepare ourselves for these earthquakes. More than 90 per cent of the destruction that is caused by the earthquakes is avoidable if we plan for it. An earthquake of magnitude 7.5 is routine in Japan but no one dies there, no property is damaged. We can also do it. There is no knowledge gap. We know exactly how to do it. The buildings have to be constructed in a certain fashion, habitations have be settled in a particular manner. All this is very well known,” he said. 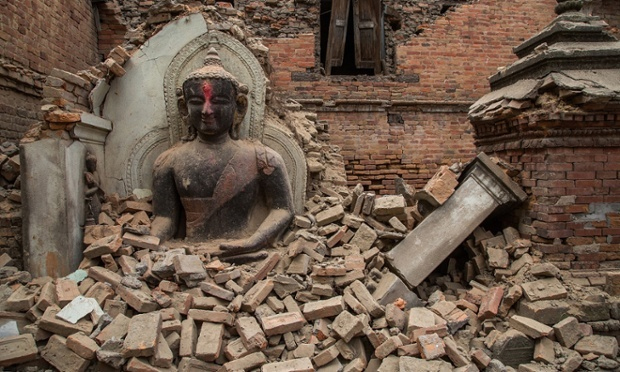 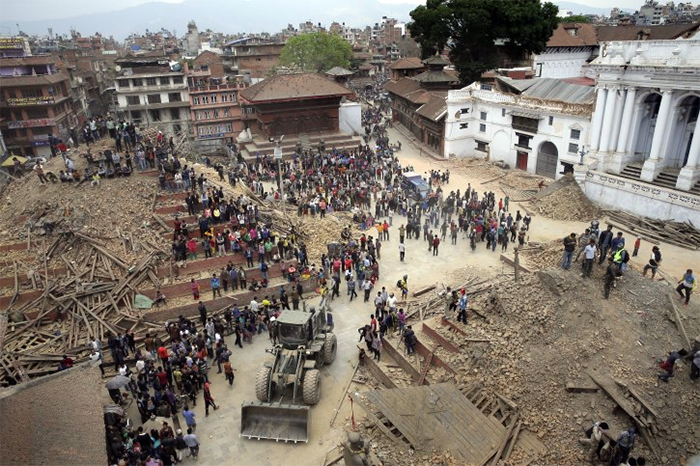 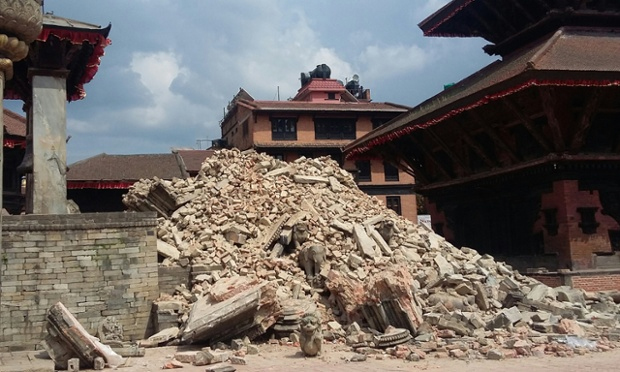 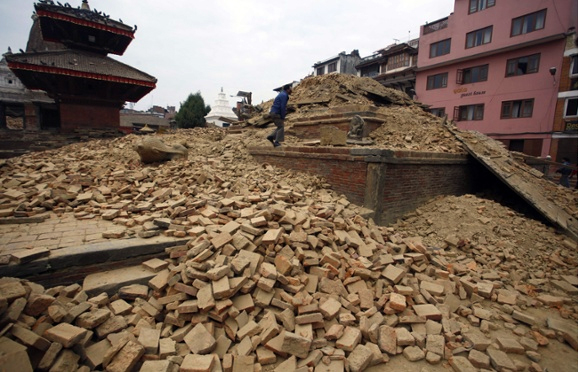 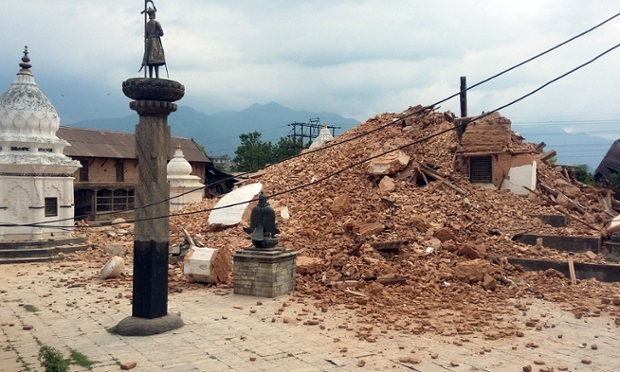 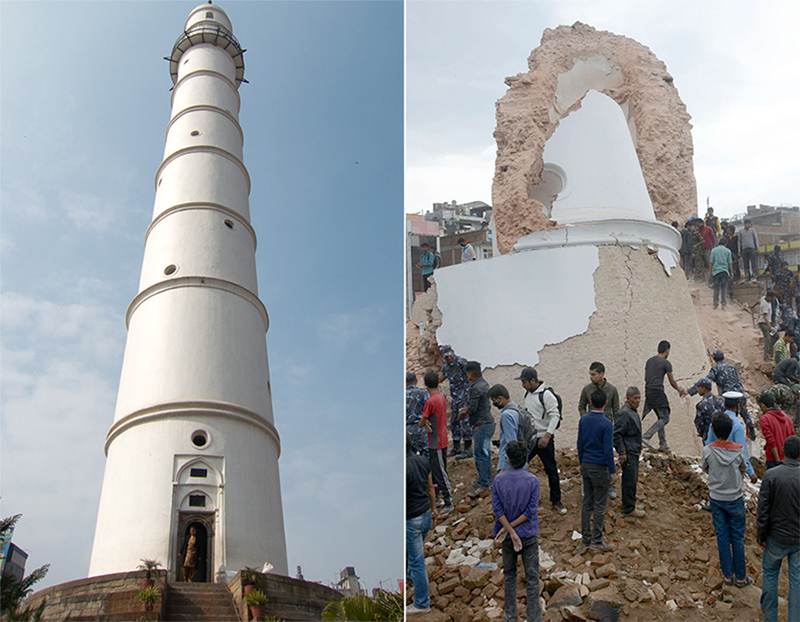 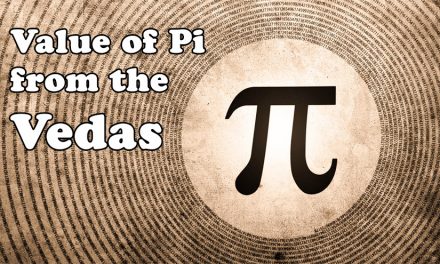