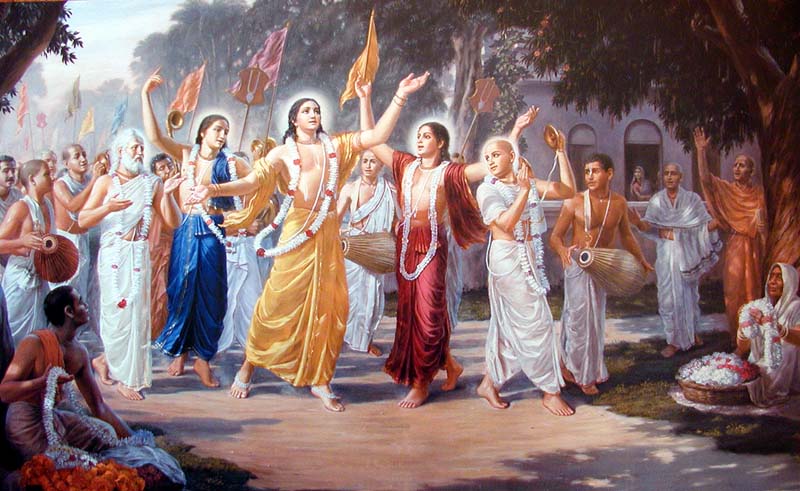 [In this immortal work of spiritual genius, Srila Sarasvati Thakura describes the method by which the Lord descends to deliver the fallen souls. Although composed in very high English, the sincere seeker will find in this short essay profound explanation as to the nature and function of guru.— ed.]

As Sri Krishna Caitanya is identical with Sri Krishna the active existence of Sri Caitanya also implies the cooperation of the above six divine categories.

Appearance of the Divine

Sri Caitanya is the Divine Personality Himself. His associates share His divine nature. Sri Krishna Caitanya is an extended subject. All the six divine forms have to be worshipped if it is the intention to worship Sri Caitanya.

The guru is one of His constituents. It is necessary to receive initiation from him. It is also necessary to be instructed by him. As teacher the guru has two forms. He guides from within. He also appears as a guide and instructor existing outside his disciples. Initiation is received from one person only. Instructions may be had from many gurus. Sri Kaviraja Gosvami himself was instructed by the famous six Gosvamins.

Guide to the Absolute

The guru is the embodiment of the manifestation of the divinity to the pure receptive spiritual essence of the disciple. The guru is the real and original recipient of the Truth. He communicates his knowledge to the disciple. The disciple is too small a particle to be able by himself to receive the whole truth. He is enabled to receive Him through the power of the guru. The guru, as it were, takes the disciple by the hand and guides his every step on the plane of the Absolute. It is perpetual tutelage on the part of the disciple. This fact may be expressed in another way. The cognitive faculty of the individual soul can have no ground to stand upon unless the Divinity Himself condescends to be the legs as well as the ground on which he is to stand to function at all. This function of the divinity is performed by the guru. As a matter of fact the Divinity actually reveals Him only to Himself. The individual soul is a separable constituent of the guru. It is only when he happens to be associated by his own free choice with the guru in a completely dependent manner that he can be on the plane of the guru’s service of the Divinity. He may or may not choose to be so associated. The guru may or may not choose to admit him to his association. When there is active willing assent to such association on the part of both then it is possible for the individual soul to attain to the service of the Divinity in the really conscious form.

Every one who is cognizant of the true nature of Krishna is alone fit to instruct another in the knowledge of Krishna. The Divine paraphernalia are the gurus of all individual souls. In this sense all the six divine categories are identical with the guru. It can be so by reason of the fact that on the plane of the Absolute there is no separative difference. On that perfectly wholesome plane there is distinction without difference. But there is also the distinctive function of the guru which must be considered as also simultaneously distinct from that of any of the other categories. One who neglects to seek the special favor of the guru and to enter into the relation of discipleship with the spiritual guide will miss entry to the spiritual plane. Nityananda is the Primary Manifestive Constituent of the Divinity. Nityananda alone possesses the distinctive function of the guru. In Nityananda the function is embodied. Nityananda is the servant-God. He serves Sri Gaurasundar by the distinctive method of reverential servitude. He is identical with Sri Balarama of Krishna-lila. Sri Balarama is not the chum of Krishna, but His respected elder brother. It is intimate relationship characterized by becoming reserved on one side and of respectful deference on the other. Individual souls are under the direction of Nityananda. They receive their service of Sri Gaurasundar i.e. of Krishna, at his hands. Nityananda is not a jiva. He is Divinity. He is the ultimate source of the jiva. The jiva is a potency of Nityananda. No jiva can be the medium of the service of the Absolute to another jiva. The Absolute alone may communicate His service to the separable constituents of Himself. This is the real nature of the function of the guru.

But all jivas are not liable to be eclipsed by the deluding potency. Those who are so liable are again distinct from the eternally free jivas. The eternally free jivas are inseparable associates of Nityananda. They are integrated part and parcel of Himself. They never fall into the clutches of maya. When Nityananda manifests His appearance on the mundane plane His inseparable constituents also appear in His company. They sometimes manifest their function on this lower place in a visible form on the errands of Nityananda. They are Vaisnavas whose subordination to Nityananda is natural and ingrained in their nature. It is not necessary for such souls to undergo the process of enlightenment for being restored to the spiritual plane. Unless this fact is borne in mind the conditioned soul may be tempted to undervalue the constant guidance of the guru on the hypocritical plea of following (?) in the footsteps of the eternally free pure devotees. Those, therefore, who suppose that deliverance from the bondage of this world should be practicable without the constant guidance of the spiritual preceptor, confound the conditioned state with the free.

The guidance of the guru is no curtailment of one’s spiritual freedom. Those who are eternally free also follow his guidance by the spontaneous undeviating impulse of their perfectly pure nature. Guidance of the guru is the only divine guidance. Only atheists who are by their choice opposed to the service of Godhead, can be consistent opponents of the obligation to serve the guru in the same unconditional way as one should be prepared to serve Godhead Himself. There is no difference between the two functions. If the claim of the one is denied it necessarily involves the denial of the claim of the other. Nityananda and His companions form one of the five groups of the associates of Sri Krishna Caitanya, whose distinctive function is that of the guru.

But Nityananda does not directly instruct in the confidential service of Krishna. Srimati Radhika is the guru of the inner circle of the servants of Krishna. Srimati, however, accepts the offer of service of only those souls who are specially favored by Nityananda and are deemed by Him to be fit for Her service. There is, therefore a most intimate relationship between the function of Nityananda and that of Srimati which is at once supplementary and inclusive of the former.

The fifth divine category is divine power. Divine power is the Predominated Moiety of the divinity who is Predominating Whole. Sri Radhika is the Predominated Counter-Whole of Sri Krishna. Sri Radhika has Her duplicates and constituents who are also of the nature of plenary powers of the divinity. Sri Radhika is the female consort in the Supreme Divine Pair. She is the source of all the distinctive divine powers that serve as the corresponding counter-wholes of the infinite manifestations and avataras of the divinity. She also directly serves Sri Krishna in an infinity of ways in Her countless distinctive plenary and secondary forms.

Necessity to Serve Through an Associate of Mahaprabhu

The associates of Sri Krishna Caitanya are made up of the five divine categories. If any of these categories be left out the Truth who is indivisibly one, refuses to present Himself to the arrogant aptitude of the pedant who does not fully submit to be enlightened by grace regarding the necessity of serving the divinity in and through the distinctions.

The pedant is disposed to be skeptical by reason of a lurking belief that it is the look-out of the divinity to make Himself known to him. But the jiva is a dissociable particle of the divine essence with the onus of choosing for himself from among the alternatives of a serving, a neutral and a disobedient career, his own relationship to the divinity. He cannot escape the privilege of exercising this responsibility except by conscious self-deception or by hypocrisy.

The dissociable individual soul is distinct from the divine categories. He is a particle of the marginal potency of the divinity. Sri Nityananda who is identical with Balarama is the ultimate source of the jiva. The conditioned soul is a particle of the marginal potency, who has been sent into this world by the will of the Purusa, viz., Visnu reposing in the Causal Ocean, who is a plenary part of Nityananda exercising the divine function of creator of all mundane existence including the conditioned state without Himself belonging to the mundane plane. 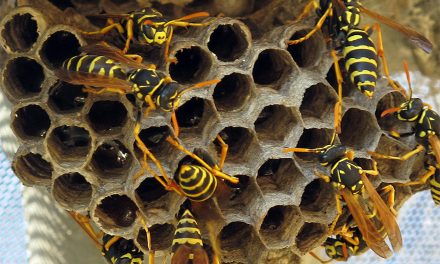 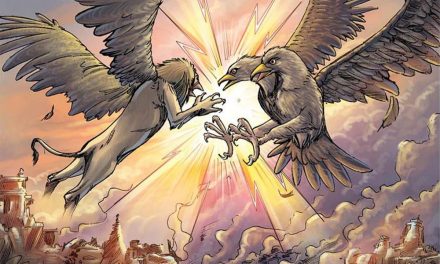