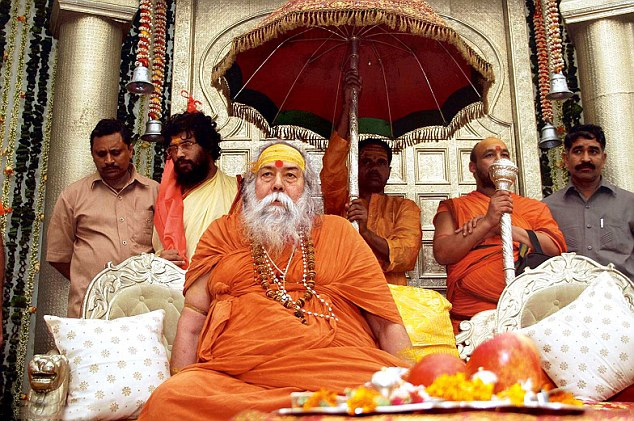 Priests at an ancient Shiva temple in South Gujarat have decided to remove a Sai idol from the temple complex following Dwarka Peeth Shankaracharya Swami Swaroopanand Saraswati’s controversial claim that Hindus should not worship deified figures. “We totally accept and agree with Swami Swaroopanandji. Going by the Vedic Sanatan dharma, Sai Baba cannot be considered a God. And then, there are no documents and writings as a matter of evidence to establish him as a deity,” Shivji Maharaj said. “Our temple goes by the directives of the Shankaracharya who heads the Sanatan dharma.”

Shivji Maharaj is the mahant (administrator) as well as a trustee of the temple in tribal-dominated Dharampur town in Valsad district. The priest clarified that they would not desecrate or immerse the idol but hand it over to the Sai followers to enable them to consecrate it at a Sai temple. The idol at the Dharampur temple was installed just three months ago.

In Uttar Pradesh’s Deoria town, the removal of a Sai idol from the famous Deorahi temple has triggered tension between the Sai and the Hindu Mahasabha camps. The Sai followers have alleged that the local administration removed the idol under the pressure of Akhil Bharatiya Hindu Mahasabha. They also threatened to stage a “movement” to protest against the removal of the idol.

The controversy was triggered off when Swami Swaroopanand Saraswati objected to the worship of 19th-century religious figure Sai Baba by the Hindus. Swami Swaroopanand had said Sai Baba of Shirdi was a Muslim and that Hindus should not worship him. He had also claimed that Sai Baba was declared a Hindu avatar by those who have been trying to weaken the Hindu religion.

Sai followers had condemned these utterances and held demonstrations across the country. Protesters had burnt Swaroopanand’s effigies in Haridwar, Shirdi and Varanasi.

While the Maharashtra Police had booked Swaroopanand after a Sai Baba devotee filed a complaint against him, authorities of a Sai temple in Lucknow had moved the Allahabad High Court seeking an FIR against the Dwarka Peeth shankaracharya.

Shankaracharya: Sai Baba Used to Eat Meat, How Can He Be Called a Hindu God