Vidura Neethi from the Mahabharata 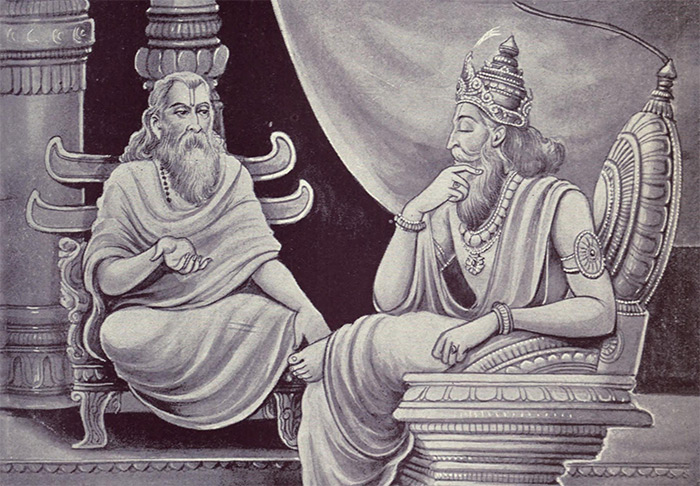 5000 years ago, the sage Vidura counseled King Dhritarashtra on leadership and the characteristics of wise people. Vidura seeks to prevent war by urging evil king Dhritarashtra to reconsider his behavior and actions against the Pandava cousins.

In Chapters 33 through 40 of Udyoga Parva, in the Mahabharata also called Prajagara sub-parva, sage Vidura outlines things wise people and leaders should do, and things they should not. These are known as Vidura neethi. Some examples of his recommendations for leaders:

He should wish for the prosperity of all, and should never set heart on inflicting misery on any group.

He should pay attention to those who have fallen in distress and adversity. He should not ignore persistent sufferings of those that depend on him, even if the suffering is small.

He should never impede the development and growth of agriculture and economic activity by anyone.

He should be always be prepared to protect those that depend on him for their safety and security.

He should consider the welfare of his people as his personal responsibility.

He should encourage learning and transmission of knowledge.

He should encourage profit and virtue. Prosperity depends on good deeds. Good deeds depend on prosperity.

He should avoid friendship with the sinful.

He should never misuse wealth, use harsh speech nor inflict extreme or cruel punishments.

He should only appoint those as ministers (senior positions in his staff) whom he has examined well for their history of virtue, dispositions, activity and whether they give others their due.

He has reverence and faith, he is unhampered in his endeavors by either adversity or prosperity.

He believes virtue and profit can go together, exerts and acts to the best of his ability, disregards nothing.

He understands quickly, listens carefully, acts with purpose. He does not grieve for what is lost, and does not lose his sense during crisis.

He is constantly learning, he seeks enlightenment from everything he experiences.

He acts after deciding, and decides after thinking.

He neither behaves with arrogance, nor with excessive humility.

He never speaks ill of others, nor praises himself.

He does not exult in honours to himself, nor grieves at insults; he is not agitated by what others do to him just like a calm lake near river Ganges. 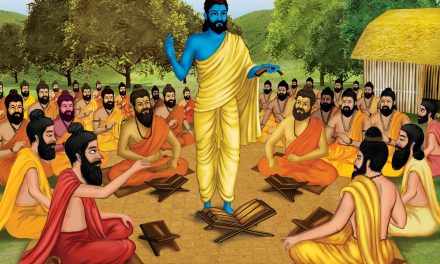 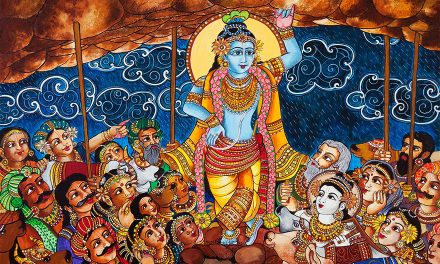 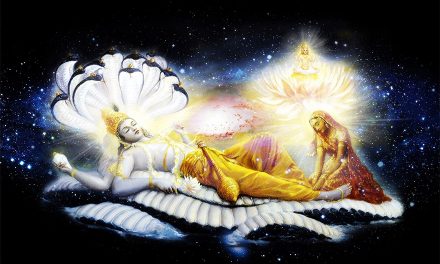