When discussing the origin of the Vedas, we must keep in mind the fact that the Vedas are eternal transcendental sound vibrations. Therefore we cannot use the word create in its general usage to describe the source of the Vedas. At the same time everything hasxs a cause except for the Lord. That is the meaning of the verse anadir adir govindah, sarva kaarana kaaranam, “Govinda has no beginning, yet He is the beginning of all. He is the cause of all causes.”

When speaking of the spiritual realm, we must always remember that there is no limitation of time. Time practically does not exist in that realm. Only when you come down to the level of creation, at the mahat-tattva stage can we actually say that time is acting on anything. So any discussion of something constitutionally beyond the realm of mahat-tattva is by nature free from the influence of time. Therefore there is no room to bring in the idea of a point of creation. Everything beyond the mahat-tattva is beyond time and therefore eternally existent. “Never was there a time when I did not exist, nor you, nor all these kings.” Why is that so? Because never was there any time to influence the realm of spirit. With that in mind, when we speak of something spiritual (such as the Vedas, the jivas, the very spiritual realm itself, vaikuntha, etc.) we can never bring in the concept of a point of creation. I.e. “it was created at this point in time”. Why we can’t make such a statement is that it puts its constitution within the purview of the mahat-tattva. Therefore nothing spiritual was ever created in the general sense of the word. But still everything has a source, something on which it is dependent. Vishnu is the only sva-tantra (self- dependent principal) and all others are para-tantra (dependent on another). Everything has a cause, and that cause is directly the category of the Personality of Godhead. But this dependence is eternal dependence. Never was there a time when it did not exist. So, though Vishnu is the cause of everything, everything eternally existed beyond time. One may ask, “How to understand this?” If you don’t already understand it there is no mental gymnastics that will make you understand it. The Srimad Bhagavatam clearly states: om namo bhagavate vasudevaaya janmaadyasya yatah tene brahma hrda ya aadi kavaye. Why the statement “tene brahma hrda ya aadi kavaye” is linked directly to the statement of janmadyasya yatah? Because everything is an emanation of Vasudeva, including the eternal spiritual sound vibrations (brahma) of the Vedas. Furthermore, we should remember that the Vedas are describing Him, the Supreme Personality of Godhead.
Never was there a time when the Vedas did not exist, never was there a time when vaikuntha did not exist, never was there a time when the jivas did not exist, never was there a time when the spiritual realm did not exist. Why? Because in the spiritual realm time never existed.

Regardless of that fact, the Vedas, the jivas, vaikuntha, and everything in existence is an emanation from the Lord. The spiritual energy is His energetic expansion. Yet one cannot have Isvara (the controller) without Shakti (the controlled energy). So, once again there is no question of when the expansion took place, it is an eternal reality. 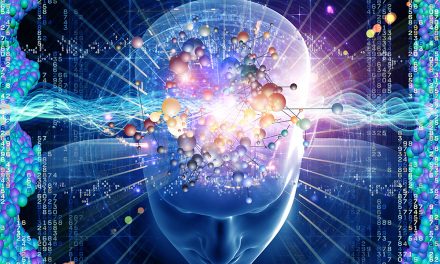