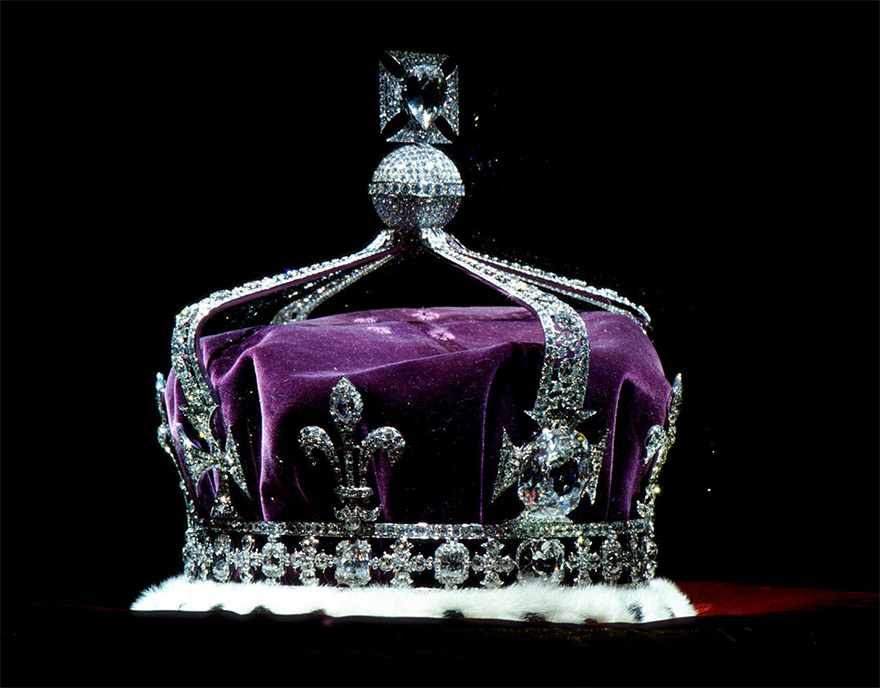 The Kohinoor diamond was originally installed as one of the eyes of the presiding goddess of Warangal by the Kakatiya kings. In 1323 Ghiyath al-Din Tughluq defeated the Kakatiya rulers and took the diamond from the temple. Due to this sin, Ghiyath al-Din Tughluq was murdered just one year latter in a conspiracy by his own son. The cursed jewel was passed on to various kings throughout history, always bringing great misfortune and death. 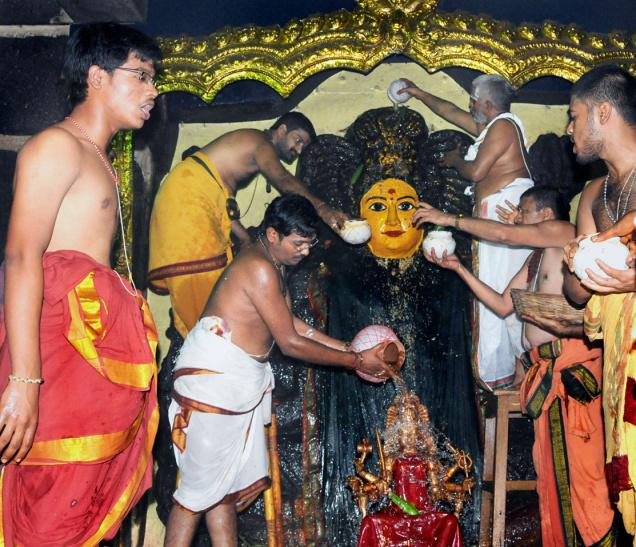 Goddess Bhadrakali of Warangal, the true owner of the Kohinoor Diamond.

In 1839, on his deathbed, Maharaj Ranjit Singh of Punjab donated the Koh-i-noor diamond to Lord Jagannath of the Puri Jagannath Temple in Orissa, but as he died the diamond was refused to be transferred to the temple by the British administrators. Thus for a second time the diamond had been stolen from a Hindu temple. 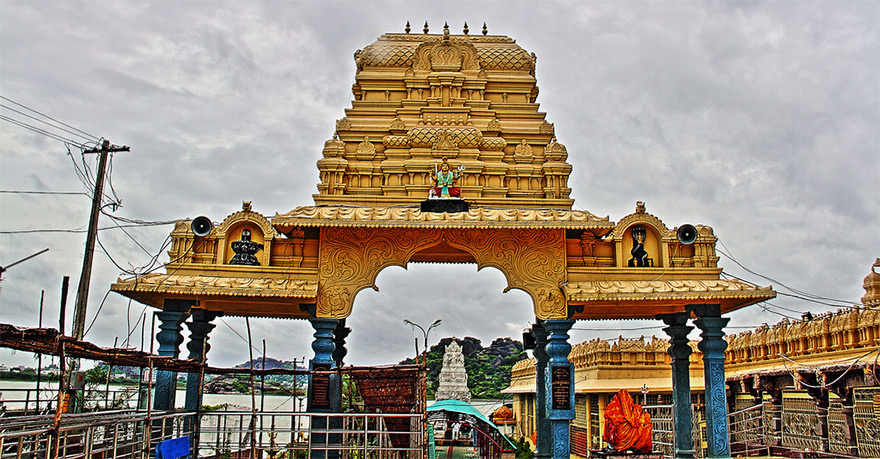 The Jewel in the Crown: The Curse of the Koh-i-Noor Diamond

Its 750-year history is peppered with tales of murder and treachery. Now, secret papers recently released have added another twist to the 186-carat gem’s colourful history.

Some 155 years ago, a nine-year-old boy carrying a silk cushion was brought before Queen Victoria. His job was simple: to present Britain with the most glittering and symbolic spoil of its war to subjugate the Indian sub-continent. 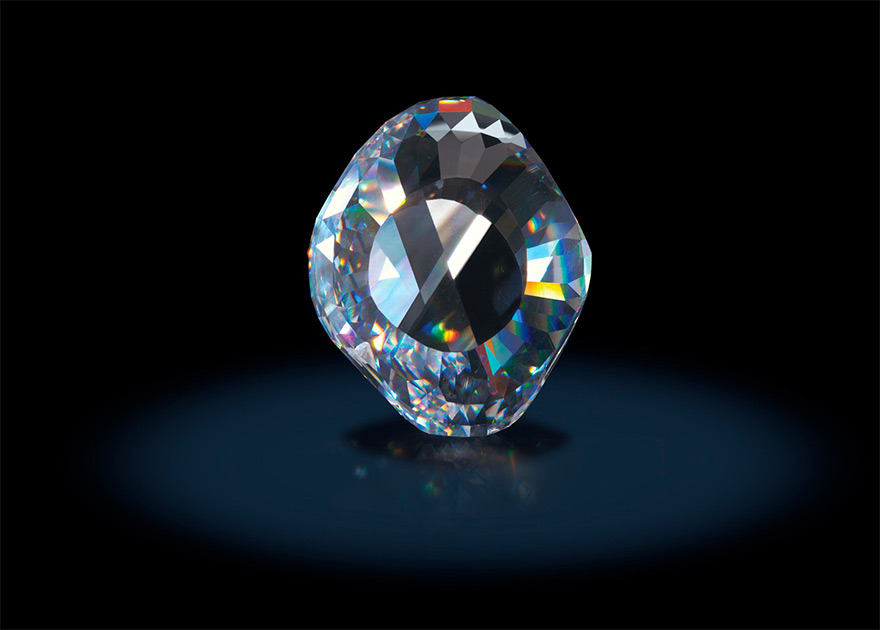 The boy was Duleep Singh, the last Sikh ruler of the Punjab, and the prize his new imperial masters had made him travel 4,200 miles to deliver was the Koh-i-Noor diamond – the mysterious and terrible stone of emperors.

The 186-carat gem, whose name means Mountain of Light in Persian and was described by one Mughal emperor as being “worth half the daily expense of the whole world”, carried with it a curse and a 750-year bloodstained history of murder, megalomania and treachery.

But its passage to Britain in 1851 carried a different meaning: it was a carefully choreographed exercise in establishing the majesty of the Raj – and the one-way flow of riches from it.

Lord Dalhousie, the Governor General of India who was credited with masterminding the subjugation of the Punjab in the Second Sikh War in 1849 and subsequent surrender of the diamond, ordered that Prince Duleep, London’s new puppet Maharajah of Lahore, deliver the Koh-i-Noor in person.

The diamond was war booty and its delivery was to be a spectacle carried out in much the same manner as the tribute paid by defeated enemies of Egyptian pharaohs and Roman emperors. It was the centrepiece of the Great Exhibition of 1851, attracting thousands of visitors. 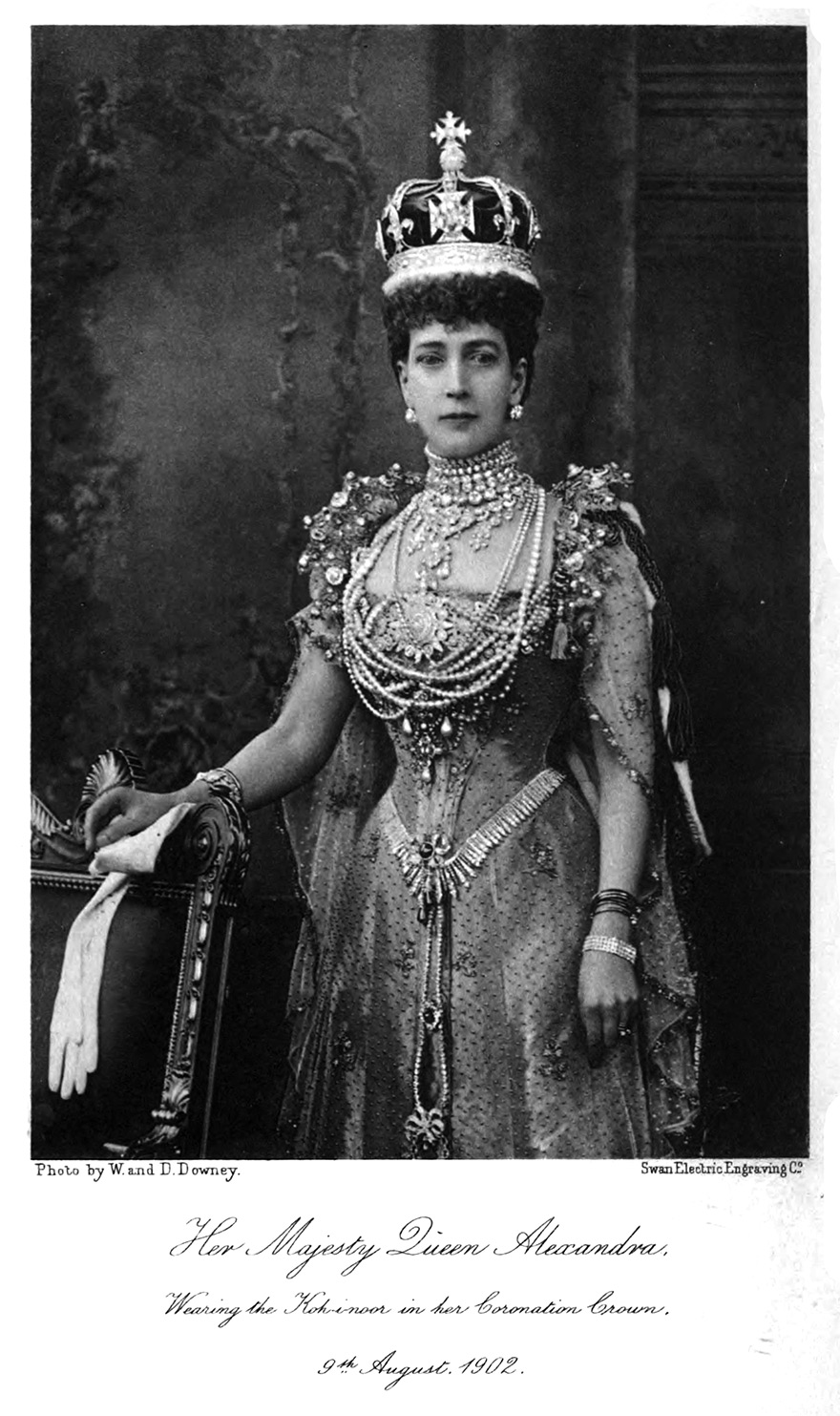 Queen Alexandra wearing the Kohinoor diamond in Her crown.

In a letter to a friend in 1849, the viceroy wrote: “My motive was simply this: That it was more for the honour of the Queen that the Koh-i-Noor should be surrendered directly from the hand of the conquered prince into the hands of the sovereign who was his conqueror, than it should be presented to her as a gift.”

It was perhaps with these words echoing in their ears that 127 years later, British diplomats began the delicate task of dealing with a forceful request from Pakistan – on whose territory the Koh-i-Noor was surrendered – that the diamond be returned.

Secret government papers released under the 30-year rule today at the National Archives in Kew, west London, detail how in 1976 officials at the Foreign Office formulated a firm rebuttal to the Pakistani claim on what had literally become a jewel of the British Crown. 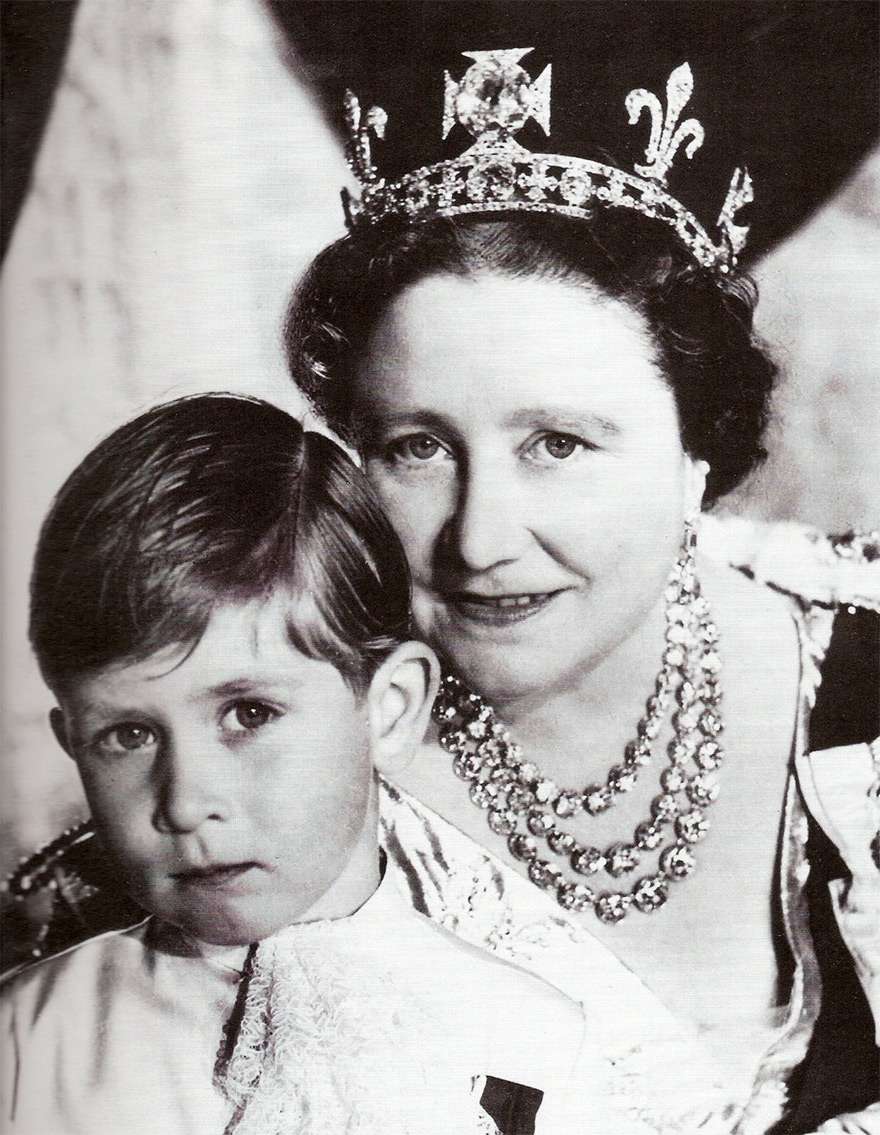 Prince Albert, Victoria’s husband, spent £8,000 on having the Koh-i-Noor re-cut – at a cost of 40 per of its weight, slimming it down to 105 carats – after complaints at the Great Exhibition that the imperial prize was lacking in lustre.

It was set into the Imperial Crown and since 1911 the diamond has been worn in crowns worn by the female consort to the monarch, including the late Queen Mother, who wore it for her husband’s coronation in 1937 and for her daughter’s coronation in 1953.

The demand for the restoration of the diamond came from the Pakistani Prime Minister, Zulfikar Ali Bhutto, in a letter to his British counterpart, James Callaghan. Dated 13 August 1976, the letter began: “I am writing to you shortly before our annual Independence Day. This occasion never fails to bring to mind Pakistan’s historic grievances about the disposition of territories and assets to which we were entitled upon the termination of British rule.”

Evoking the “immense sentimental value” of the diamond to Pakistan, Mr Bhutto continued: “Its return to Pakistan would be a convincing demonstration of the spirit that moved Britain voluntarily to shed its imperial encumbrances and lead the process of decolonisation.”

But a memo from one senior civil servant made it clear that Britain considered possession to be nine-tenths of the law. It read: “The stark facts are these: i) We have the Koh-i-Noor diamond, whether or not our possession of it is legally justified. ii) We have made it clear that we are keeping the diamond, adducing the best arguments to support our contention.”

The final response was expressed in more diplomatic language and made use of the fact that, such is the allure and mystique of the diamond, at least a dozen emperors, maharajahs, sultans and governments had been prepared to indulge in rare savagery and deceit to obtain it.

Advisers to Mr Callaghan pointed out that the 1849 Treaty of Lahore, drawn up by Lord Dalhousie to formalise British rule in Punjab, contained a clause formally surrendering the Koh-i-Noor to “the Queen of England”.

They also suggested that its passage over the centuries through owners from the Delhi sultanate to the Persian shah meant there would be competing claims for ownership from Iran, Pakistan and India.

In response to Mr Bhutto, Mr Callaghan said: “I need not remind you of the various hands through which the stone has passed over the past two centuries, nor that explicit provision for its transfer to the British Crown was made in the peace treaty with the Maharajah of Lahore which concluded the war of 1849. I could not advise Her Majesty the Queen that it should be surrendered.”

Islamabad responded to the rejection by immediately releasing the letters between Mr Bhutto and Mr Callaghan to the Pakistani press, but drew only a muted public response.

The spat was only the latest in a bloody succession of battles for a gemstone which has been the embodiment of the supremacy of force, and a harbinger of ill fortune throughout its history.

The Koh-i-Noor was mined in India in around 1100 and probably originated from Golconda in the southern region of Andhra Pradesh. The shape and size of a small hen’s egg, the diamond attained a sinister mystique.

It is probably not entirely coincidental that the Koh-i-Noor is reserved for use in crowns used by a female member of the British Royal Family. A Hindu text from the time of Koh-i-Noor’s first authenticated appearance in 1306 states that the stone carries a curse lethal to male owners. It read: “Only God or a woman can wear it with impunity.”

By the 16th century, the stone had fallen into the hands of the first Mughal emperor, Babur, whose son was the first to fall foul of the “curse” by being driven from his kingdom into exile.

The later Mughal ruler, Shah Jahan, who built the Taj Mahal, had the diamond placed into the famous Peacock Throne of the dynasty but spent his last days watching its reflection through a barred window after being imprisoned by his son, Aurangzeb.

Fearing the curse, the present Queen avoids wearing the Kohinoor diamond and instead wears the Imperial State Crown.

It was only after the mughals had been deposed and control of the diamond passed to the Persians that the Koh-i-Noor received its present day name.

The story has it that Nadir Shah, the conqueror of the mughals, was preparing to return home after sacking Delhi in 1736 when he realised the diamond was missing from his booty.

He was supposedly tipped off by a disenchanted member of the mughal emperor’s harem that his enemy kept it hidden in his turban. Using an old war custom, Nadir Shah proposed an exchange of turbans. As the gem fell to the ground from the unfurling cloth and caught the light, Nadir Shah is said to have proclaimed: “koh i noor.”

Since then, the diamond has been lusted after by its owners, who have been hypnotised by its value and status. As one of Nadir Shah’s courtiers put it: “If a strong man should take five stones and throw one north, one south, one east and one west, and the last straight up in the air, and then the space between filled with gold and gems, that would equal the value of the Koh-i-Noor.”

After the assassination of Nadir Shah, another victim of the curse, the diamond passed through the hands of his successors, each dethroned and ritually blinded, until it was passed in return for sanctuary to Ranjit Singh, the Lion of Lahore, self-declared ruler of Punjab and father of Duleep Singh.

Within 40 years, the stone had passed into the possession of Lord Dalhousie after a military campaign every bit as ruthless and blood-soaked as those which had previously been fought for possession of the Koh-i-Noor. What followed was a process of the Anglicisation of the diamond.

After Prince Albert had it trimmed it was mounted in a tiara, while Prince Duleep was made a ward of the British Crown complete with an annual stipend of £50,000. He converted to Christianity and became a member of the racy circle of the young Edward VII, but died in poverty in Paris in 1893.

Some historians have pointed out that, after 155 years in the possession of British monarchy, the present Queen can claim be one of the longest-standing owners of the Koh-i-Noor. It is kept in the Tower of London as part of the Crown Jewels collection which is worth an estimated £13bn.

But despite Mr Callaghan’s rebuttal to Pakistan 30 years ago, the attraction of the diamond remains undimmed. The Indian High Commissioner to London accused Britain of “flaunting” the riches of empire when the Queen Mother’s 1937 Coronation Crown was carried atop her coffin in 2002.

The mere suggestion last year that the same crown may pass to Camilla, the Duchess of Cornwall, should her husband become king, was enough for New Delhi to renew its request.

A spokesman for the High Commission in London said: “The Indian government has a legitimate claim. We hope to resolve the issue as soon as possible.”

But behind closed doors in Whitehall, it is unlikely that the position outlined 30 years ago has changed.

Epilogue: On 21 February 2013, while visiting India, David Cameron, the UK Prime Minister, stated that it would be illogical to return the diamond to India. He further stated, “I certainly don’t believe in returnism, as it were. I don’t think that’s sensible.” We should remember that his country forced India to hand over this priceless diamond during the colonial era. Cameron is keen to tap into India’s economic rise, but says he is “anxious to focus on the present and future rather than reach back into the past”. 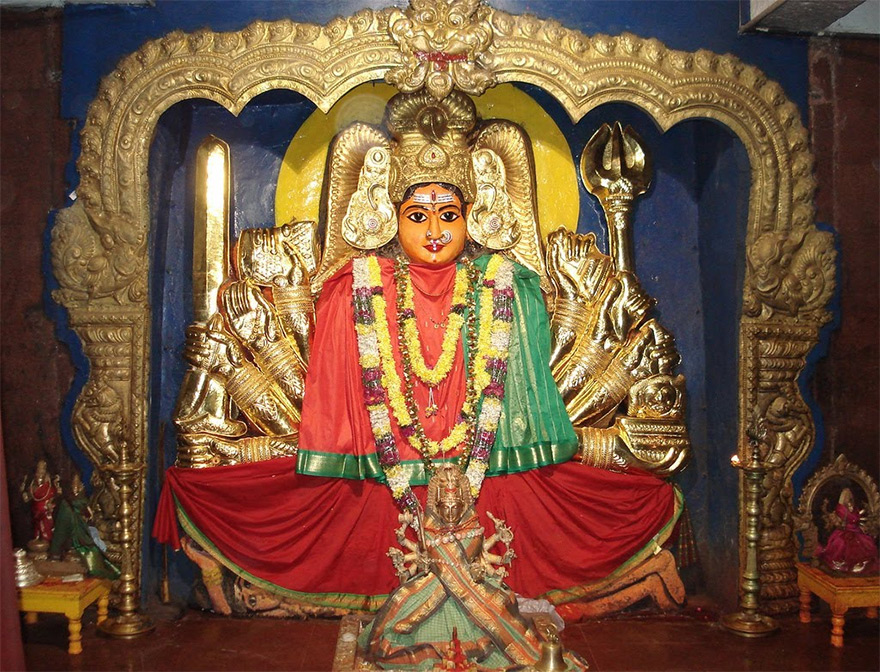 Goddess Bhadrakali, the true owner of the Kohinoor diamond. 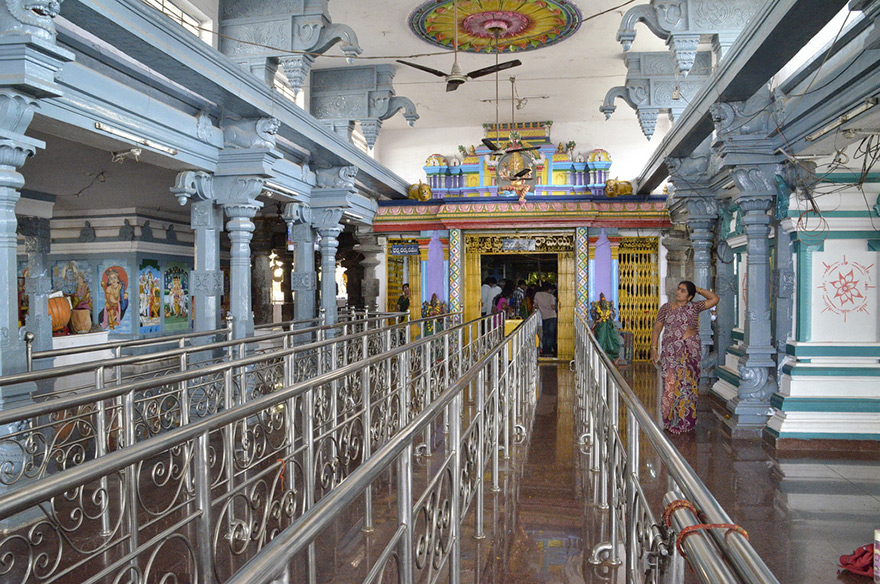 Inside the Bhadrakali Temple in Warangal. The diamond was originally installed as one of the eyes of this deity. 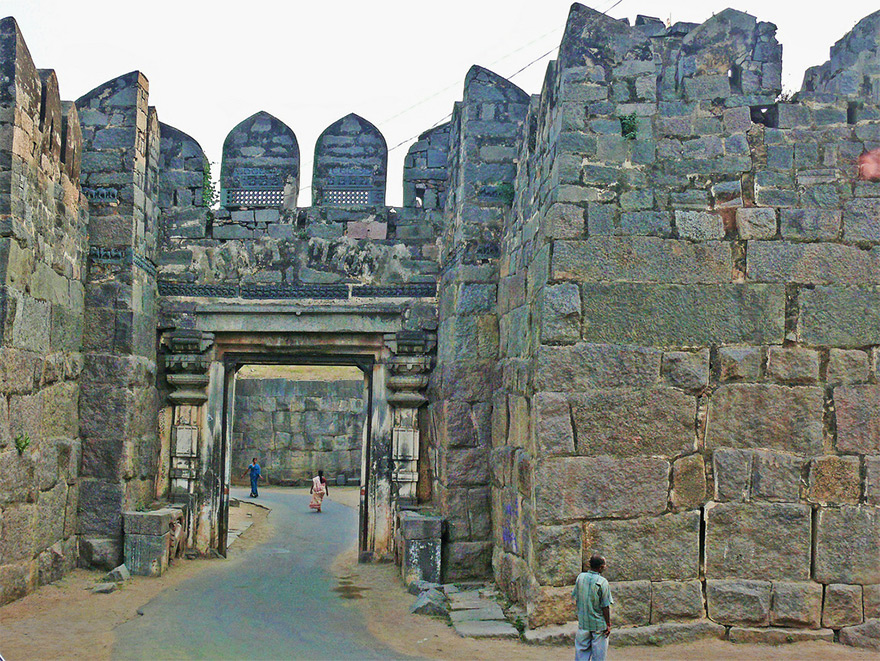 The ruins of the Warangal fort, where the battle for the Kohinoor occurred. 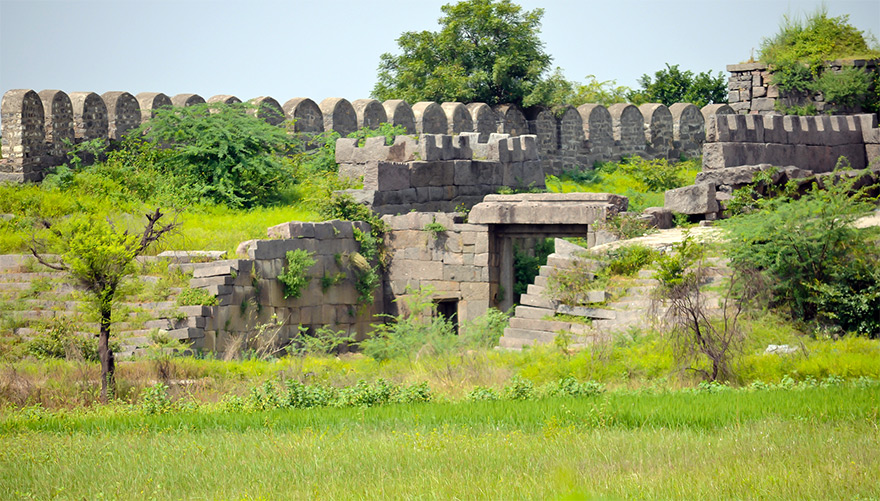 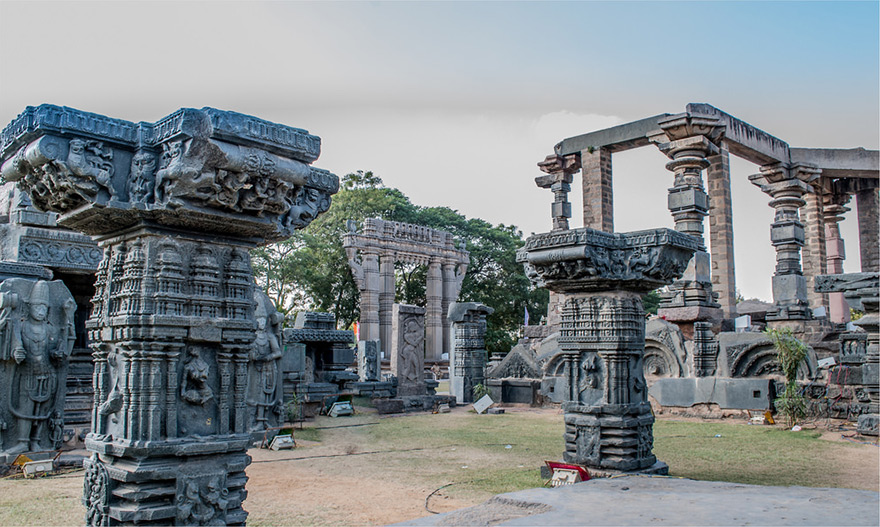 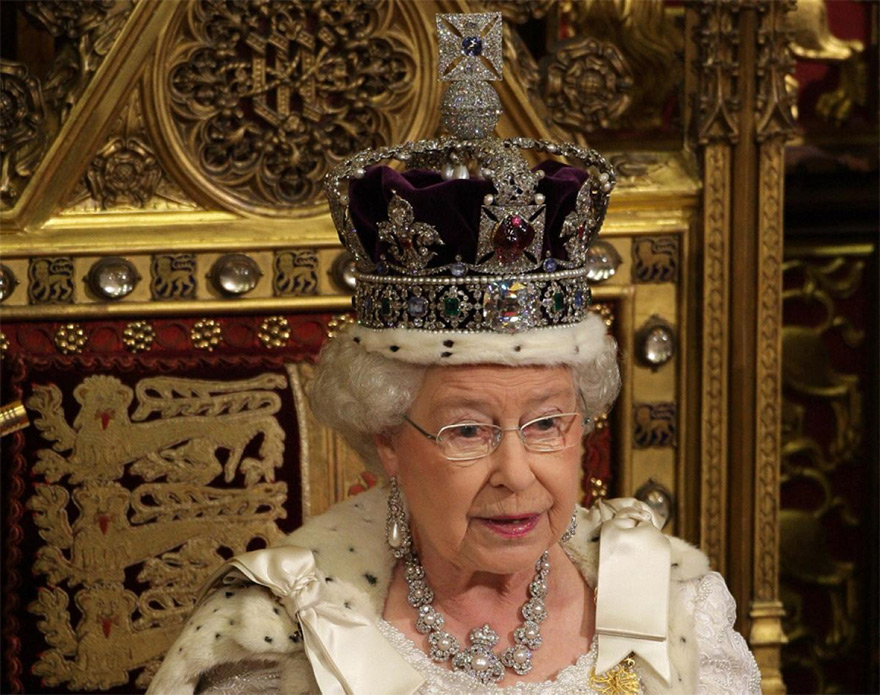 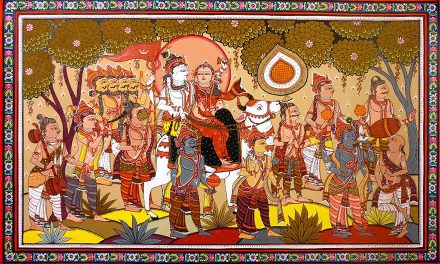 A Sage In Teens For Ever!