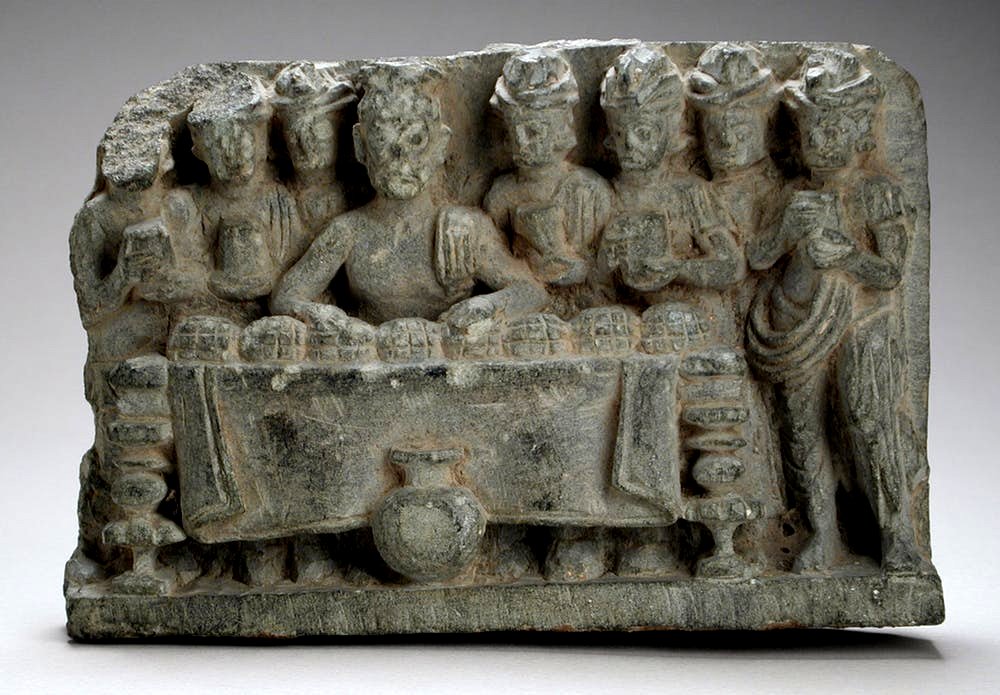 Stories passed down from the ancient world tell of self-powered machines able to move on their own, the robots playing key roles in historic moments. As early as Homer, more than 2,500 years ago, Greek mythology explored the idea of automatons and self-moving devices. By the third century BC, engineers in Hellenistic Alexandria, in Egypt, were building real mechanical robots and machines. And such science fictions and historical technologies were not unique to Greco-Roman culture. Chinese chronicles tell of emperors fooled by realistic androids and describe artificial servants crafted in the second century by the female inventor Huang Yueying. 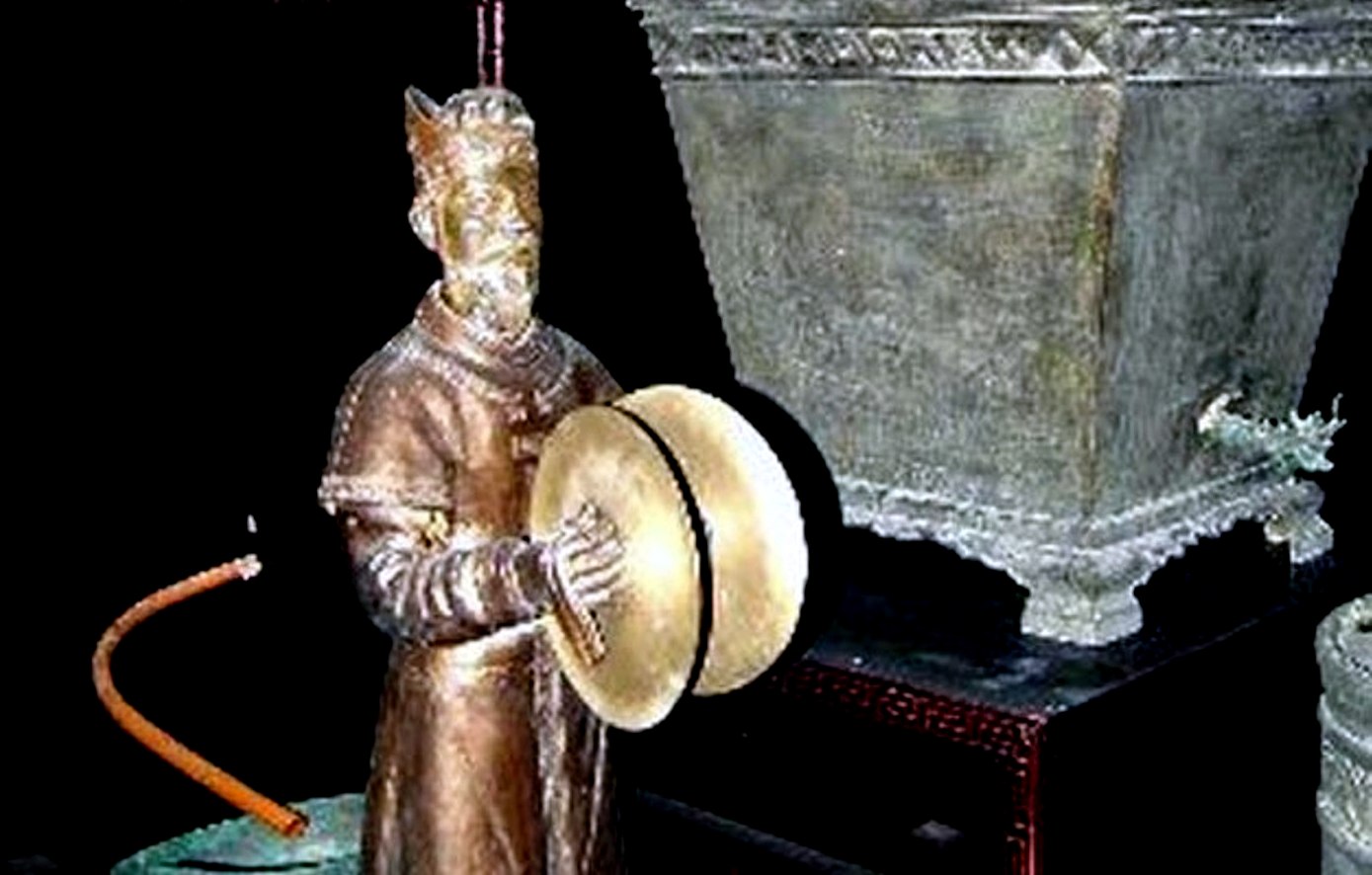 Techno-marvels, such as flying war chariots and animated beings, also appear in Hindu epics. One of the most intriguing stories from India tells how robots once guarded Buddha’s relics. As fanciful as it might sound to modern ears, this tale has a strong basis in links between ancient Greece and ancient India. The story is set in the time of kings Ajatasatru and Asoka. Ajatasatru, who reigned from 492 BC to 460 BC, was recognised for commissioning new military inventions, such as powerful catapults and a mechanised war chariot with whirling blades. When Buddha died, Ajatasatru was entrusted with defending his precious remains. The king hid them in an underground chamber near his capital, Pataliputta (now Patna) in northeastern India.

Traditionally, statues of giant warriors stood on guard near treasures. But in the legend, Ajatasatru’s guards were extraordinary. They were robots. In India, automatons or mechanical beings that could move on their own were called “bhuta vahana yanta,” or “spirit movement machines” in Pali and Sanskrit. According to the story, it was foretold that Ajatasatru’s robots would remain on duty until a future king would distribute Buddha’s relics throughout the realm. 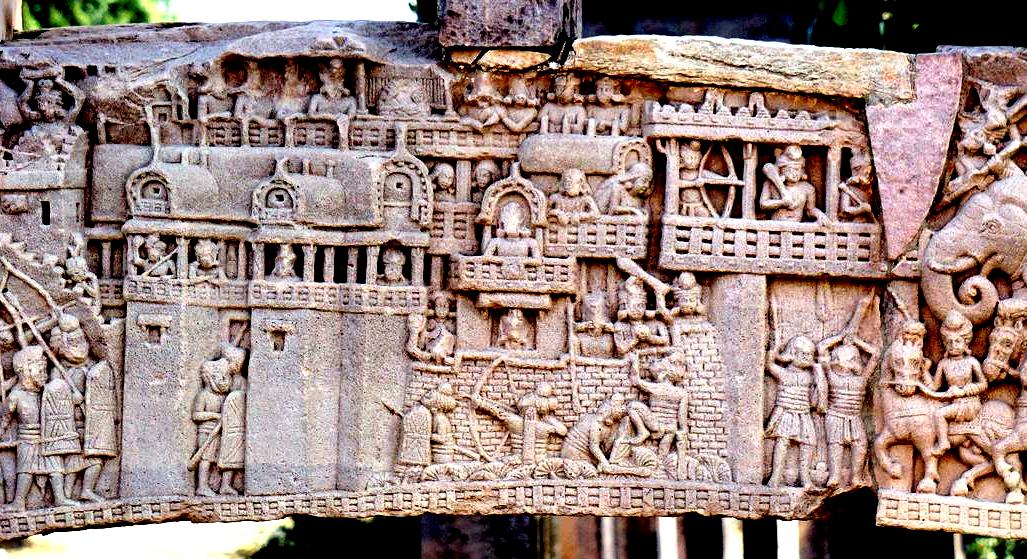 Hindu and Buddhist texts describe the automaton warriors whirling like the wind, slashing intruders with swords, recalling Ajatasatru’s war chariots with spinning blades. In some versions the robots are driven by a water wheel or made by Visvakarman, the Hindu engineer god. But the most striking version came by a tangled route to the “Lokapannatti” of Burma – Pali translations of older, lost Sanskrit texts, only known from Chinese translations, each drawing on earlier oral traditions. 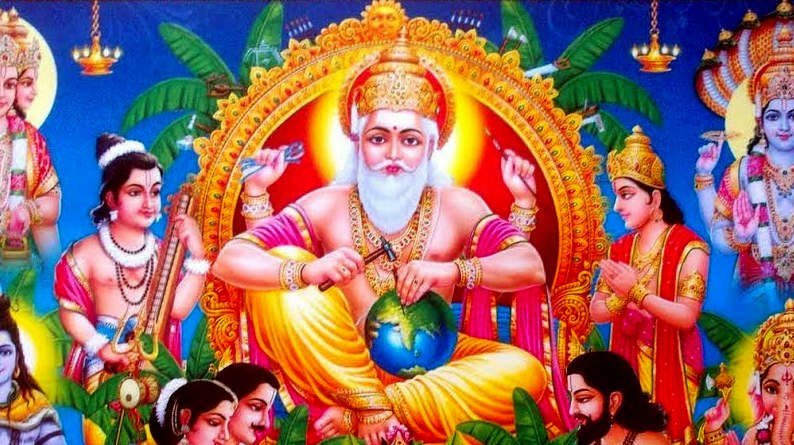 In this tale, many “yantakara,” robot makers, lived in the Western land of the “Yavanas,” Greek-speakers, in “Roma-visaya,” the Indian name for the Greco-Roman culture of the Mediterranean world. The Yavanas’ secret technology of robots was closely guarded. The robots of Roma-visaya carried out trade and farming and captured and executed criminals. Robot makers were forbidden to leave or reveal their secrets – if they did, robotic assassins pursued and killed them. Rumors of the fabulous robots reached India, inspiring a young artisan of Pataliputta, Ajatasatru’s capital, who wished to learn how to make automatons. 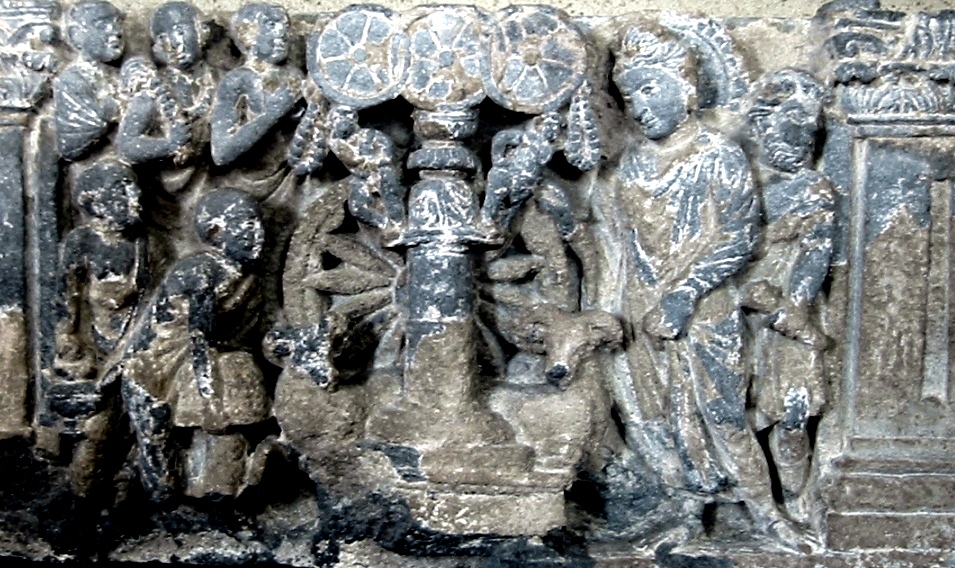 In the legend, the young man of Pataliputta finds himself reincarnated in the heart of Roma-visaya. He marries the daughter of the master robot maker and learns his craft. One day he steals plans for making robots, and hatches a plot to get them back to India. Certain of being slain by killer robots before he could make the trip himself, he slits open his thigh, inserts the drawings under his skin and sews himself back up. Then he tells his son to make sure his body makes it back to Pataliputta, and starts the journey. He’s caught and killed, but his son recovers his body and brings it to Pataliputta.

Once back in India, the son retrieves the plans from his father’s body and follows their instructions to build the automated soldiers for King Ajatasatru to protect Buddha’s relics in the underground chamber. Well hidden and expertly guarded, the relics and robots fell into obscurity.

Two centuries after Ajatasatru, Asoka ruled the powerful Mauryan Empire in Pataliputta, 273-232 BC. Asoka constructed many stupas to enshrine Buddha’s relics across his vast kingdom. According to the legend, Asoka had heard the legend of the hidden relics and searched until he discovered the underground chamber guarded by the fierce android warriors. Violent battles raged between Asoka and the robots.

In one version, the god Visvakarman helped Asoka to defeat them by shooting arrows into the bolts that held the spinning constructions together; in another tale, the old engineer’s son explained how to disable and control the robots. At any rate, Asoka ended up commanding the army of automatons himself. The story clearly connects the mechanical beings defending Buddha’s relics to automatons of Roma-visaya, the Greek-influenced West. Most scholars assume it arose in medieval Islamic and European times. 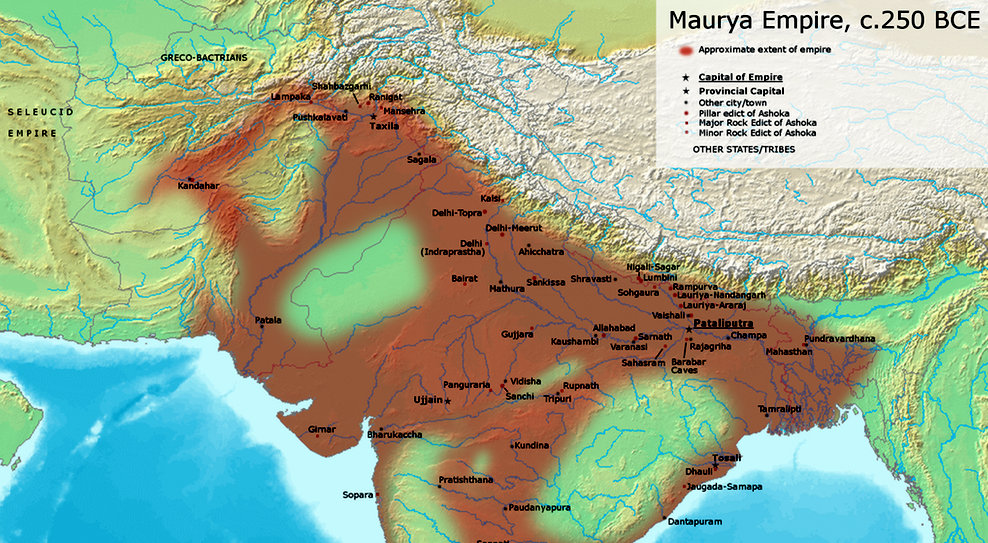 But the story could be much older. The historical setting points to a technological exchange between Mauryan and Hellenistic cultures. Contact between India and Greece began in the fifth century BC, a time when Ajatasatru’s engineers created novel war machines. Greco-Buddhist cultural exchange intensified after Alexander the Great’s campaigns in northern India.

In 300 BC, two Greek ambassadors, Megasthenes and Deimachus, resided in Pataliputta, which boasted Greek-influenced art and architecture and was the home of the legendary artisan who obtained plans for robots in Roma-visaya. Grand pillars erected by Asoka are inscribed in ancient Greek and name Hellenistic kings, demonstrating Asoka’s relationship with the West. 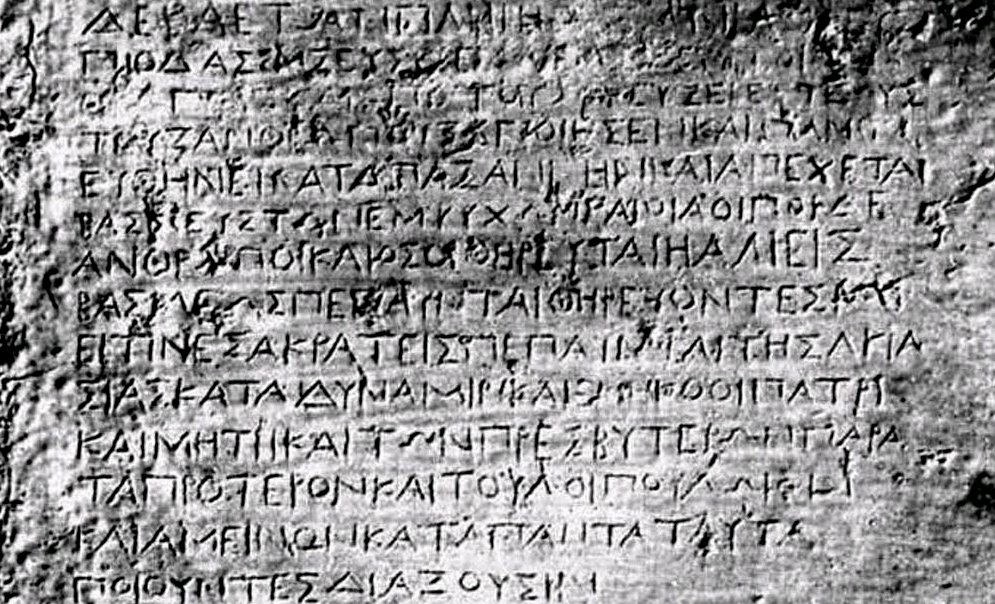 Historians know that Asoka corresponded with Hellenistic rulers, including Ptolemy II Philadelphus in Alexandria, whose spectacular procession in 279 BCfamously displayed complex animated statues and automated devices. Historians report that Asoka sent envoys to Alexandria, and Ptolemy II sent ambassadors to Asoka in Pataliputta. It was customary for diplomats to present splendid gifts to show off cultural achievements. Did they bring plans or miniature models of automatons and other mechanical devices?

I cannot hope to pinpoint the original date of the legend, but it is plausible that the idea of robots guarding Buddha’s relics melds both real and imagined engineering feats from the time of Ajatasatru and Asoka. This striking legend is proof that the concepts of building automatons were widespread in antiquity and reveals the universal and timeless link between imagination and science. Source: theconversation.com