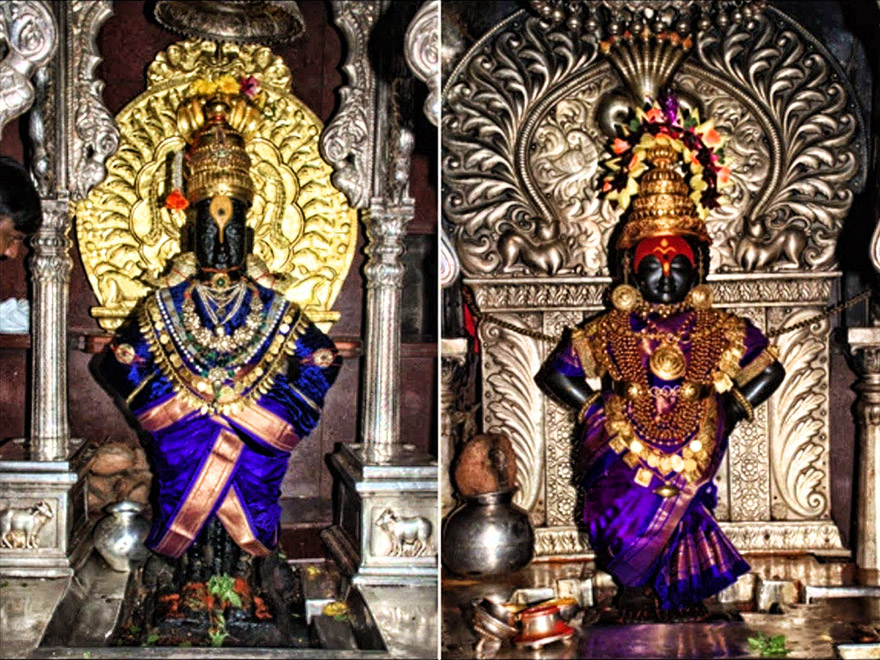 Pundalik made fun of Kukkut Rishi for not knowing the way to Kashi and said that a holy man like him should have already visited Kashi. Kukkut Rishi kept quiet and did not bother to answer Pundalik. During the course of the night Pundalik heard the voice of women in the ashram.

He came to out to look what was happening and saw that three women were sprinkling water on the Ashram and cleaning it.

On enquiry, Pundalik found out that the three women were Ganga, Yamuna and Saraswathi and they had come to clean the Ashram of Kukkut Rishi. Pundalik wondered how a saint like Kukkut who had not visited Kashi was such holy and powerful that the three holy rivers came down to purify his ashram.

The three women told Pundalik that piety, spirituality and devotion does not depend on visiting holy places or doing costly rituals but in performing one’s karma.

The three women told him that Sage Kukkut had served and nursed his parents most faithfully and devoted all his life to that one aim. He had thus accumulated Punya enough to earn Moksha and bring us down to earth to serve him.

Pundalik had left is old parents at home and was visiting Kashi to gain moksha and blessing. He did not bother to entertain the request of his parents to take them also to Kashi.

Pundalik now understood his mistake and rushed back home and took his parents to Kashi and on return started looking after them. From then onwards the care of his old mother and father came before everything else.

Lord Krishna was moved by the sincere devotion of Pundalik towards his parents. He decided to visit Pundalik’s home. 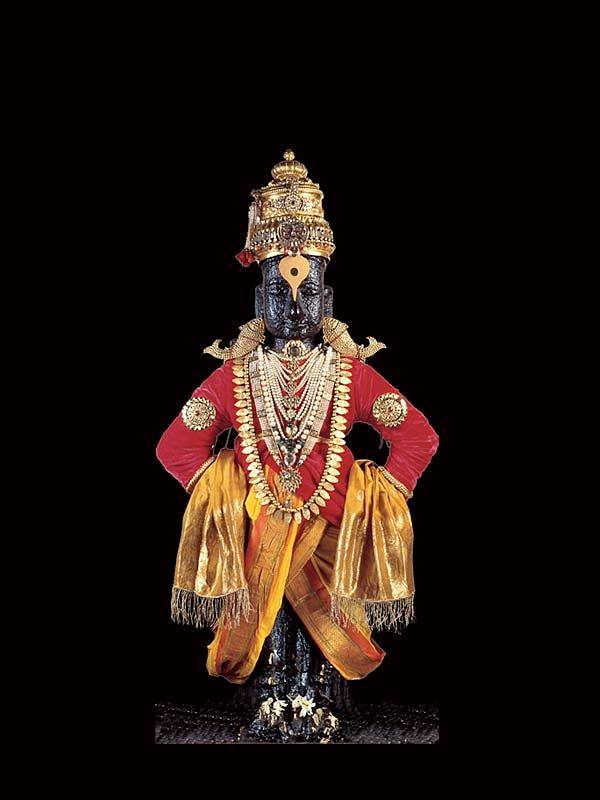 When Lord Krishna visited Pundalik’s home he was serving food to his old parents.

Pundalik saw the Lord at his door but his devotion to his parents was so intense that he wanted to finish his duties first and then attend to his guest. Pundalik had reached such a stage that it didn’t matter to him whether the guest was a mere mortal or God. All that mattered was service to his parents.

Pundalik gave Lord Krishna a brick to stand on and asked Him to wait until his duty was completed. Lord Krishna was moved by the devotion of Pundalik to his parents and waited for him patiently.

Later when Pundalik came out he asked the Lord forgiveness for making Him wait. Lord Krishna blessed him and asked him to ask a boon.

Pundalik said what more can I ask when the Lord himself waits for me.

When Lord Krishna insisted that he ask a boon, Pundalik asked that the Lord should remain on earth and bless and take care of His devotees.

Lord Krishna agreed to stay there and is known as Vithoba or the Lord who stands on a brick. This form of the Lord Vithoba is Swayambhu which means that His idol has not been carved or etched but it came into existence on its own