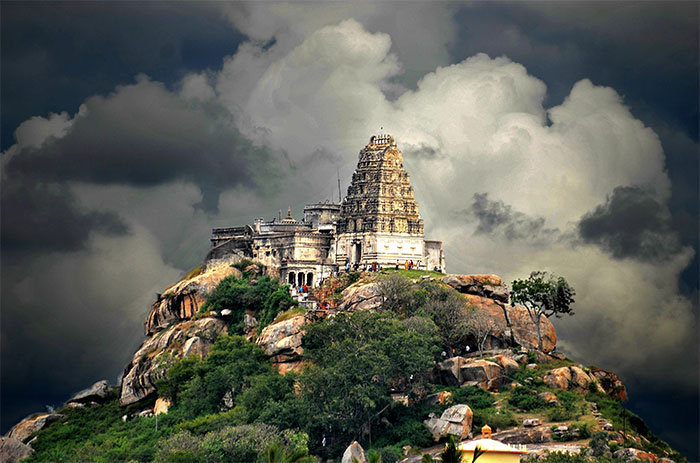 My American friend, Ved Bell, who is a follower of Mata Amrutanandamayi, asked me why is it that some Hindu temples didn’t allow him to go in. He has married to a Nepali Hindu woman. They follow Hinduism. Now that lot of African blacks, Caucasians, Chinese and people from other races follow sanatan dharma, our temples need to rethink about few conservative rules.

But, there are some amazing facts about our temples:

Most of the temples have huge, fort like gigantic boundary wall around it, whereas most of the palaces in India (built before 1000AD) never had a huge fort around it! In fact royal palaces in other countries had huge protective forts and wall around it. In India it was the other way around – that was a confusing mystery for me till recently.

I had an opportunity to see few old documents of land in Kerala.

It was astonishing – I found most of the old records (done in brass plate) say the land belongs to “pandaram vaha” (in Malayalam Pandaram=Bhandaram=Hundi.) That is, the entire land belonged to the deity in the nearby temple.

The King was just a Dasa (slave) of the deity. In Thiruvananthapuram (Trivandrum), Kerala State, the King was known as “Padmanabha Dasa” (=slave of Lord Padmanabha). And the temple was built for Sri Padmanabha (Lord Vishnu). Tamil brothers and sisters, are you familiar with the terminology, “Adiyen, Ramanuja Dasan” (Me, slave of Ramanuja)?

According to Indian civil law, even now, all deities are treated as perpetual minors. And the king (now trust) is just a karyakar = servant, not owner. In all other countries like the West and Middle East, Kings and royal family really “owned” the country. Barring some exceptions, in India, the land belonged to the deity. People of the country can build house or do farming.

So do not compare the ancient Indian system of governance (in which temple played major role) with that of West and Middle East where Kings were autocrats. And, please, please, don’t go by Indian history texts written by die-hard fan of invaders, that they taught you in schools and colleges.

When Arabians and Europeans came to India, the then Hindu kings thought that they were “Athiti” (Guests) hence considered as “Deva” (God). So kings provided them free land and money to build Churches and Mosques along with freedom to worship. Go check old documents – the land for Churches and Mosques was donated by Hindu Kings. (I have never heard otherwise happening anywhere in the world! Will Saudi Arabia or Vatican give a small piece of land to build a Hindu temple?)

Another aspect: Ancient temples (Devalaya) were not a place for prayers. Temples never had a prayer hall like that in Churches or Mosque (Prarthanalaya). Of course, there were mandapa = pillared outdoor hall for performing arts and public rituals in temples. When you go to an old temple, the sanctum sanctorum itself is very small and dark. Hardly two or three people can stand in front of it.

That means temples had some other purpose. Fact: – temples were powerhouses of energy. Every ritual, prayer, ceremonies were only secondary to be in a temple but the main thing is to be in the field of consecrated energy.I don’t know how did they do it, but I have read somewhere that even individual karmic energy can be stored and retrieved in temple. But we lost all those ancient wisdom on energy contact and we are left only with rituals or we have become overly ritualistic, without understanding the real significance of temples.

Another fact is that temples were store house of enormous treasures too. This explains gigantic fort around the temple. Recently Sri Padmanabhaswamy Temple of Thiruvananthapuram was in the news as it became one of the richest Hindu Temple in India. It is believed that the total assets of Sri Padmanabhaswamy Temple have now exceeded the assets of the Tirupati Balaji Temple in Andhra Pradesh. The wealth accumulated in the temples was used purely for dharma deeds.

The priest, mostly a poor Brahmin, in the temple would get one or two meals a day, that’s all. There were chaultries (inns) and rest houses associated with those temples that provided food and shelter for the poor and needy. All the karma was done based on the concept “Sarvam Sri Krishnarpanam Astu” (Everything I offer to Krishna or the divine). Everybody followed the dharmic way of life – the symbolic centre of this system was the temple.

That was our ancient economic system – our dharma was based on sharing and caring. Our ancestors built huge store house of energy, wisdom (libraries and universities) and physical wealth associated with the temple premises. They worked hard and stored everything as treasure for coming generations. And temples were highest seat of marvelous architecture, sculptures, arts and science. And that’s when the anceint world called :”Glory that was India.”

The Dark Age began with the arrival of the brutal, religious fanatic, barbaric invaders who attacked, looted and destroyed the temple-economy. According to independent historians, more than hundred thousand Hindu temples (the likes of Somanatha temple) were destroyed by those demonic invaders and killed nearly 75 million Hindus (preferred death to giving up their dharma) during the process. The entire temple-system was thus perished. They burned away our universities and libraries.

While our ancestors gave importance to education, arts, music, health, environment and nature, the barbaric invaders did not build even one school or hospital. All they did was to build palaces and gardens for their enjoyment, tombs to perpetuate their memory and forts for their security. Lot of beautiful temples were destroyed and converted to tombs – one example could be the Taj Mahal!

An ardent follower of sanatan dharma like me would not blame any other religions for this downfall. It is our own politicians, who arrogantly taken over the right to manage richest temples in India. For the most part, the temples and its wealth are transferred arbitrarily by the government for “secular”, non-Hindu purposes. The most damaging side-effect of this is lack of resources for maintenance and upkeep of temples, leading to irreparable damage to many medieval and ancient structures. I have personally seen and experienced this.

Hindus are now feeling insecure and scared, not because of Muslims or any other religions, but because of our own “Hindu Secular Politicians” (all political parties included) who are worst and crooked than the brutal and barbaric invaders. 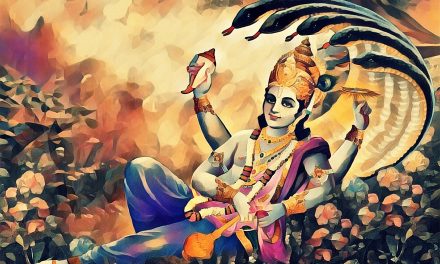 Why We Should Never Eat Grains on Ekadashi