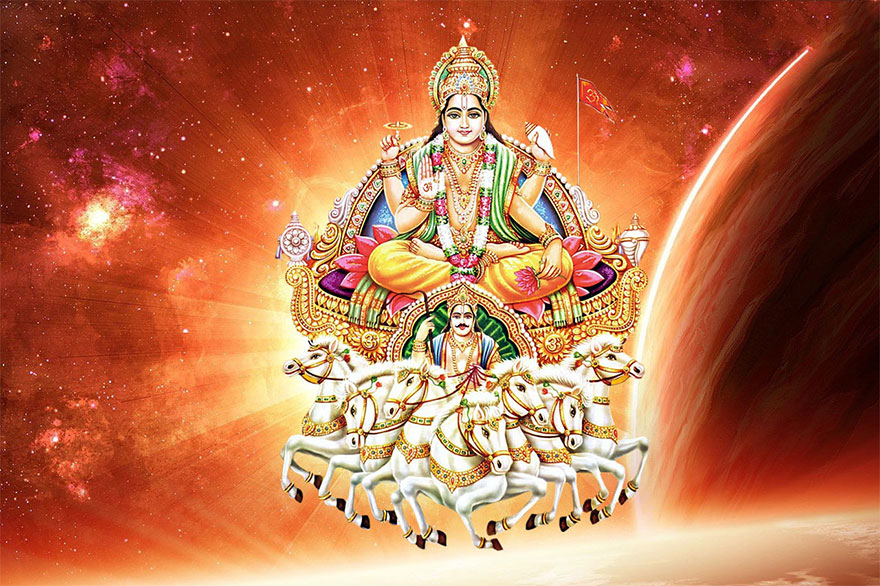 The Aditya Hridayam Stotram (literally, the “Sun Heart”) was composed by one of the greatest Maharshis of Bhaarat (India) – Sage Agastya. On the battlefield, he sees Lord Sri Rama depleted of physical energy and lacking hope and mental strength – after fighting a fierce battle with the demon King Ravana for several days.

Sage Agastya reminded Sri Rama of the Sun God’s (also called Surya or Aditya) full glory and unlimited prowess through the Aditya Hridayam Stotra. He describes the entire cosmos and nature’s cycles in this Stotra and Lord Surya’s integral and vital role in sustaining inter-related components in this creation.

In this Aditya Hridayam Stotra, a vivid picture of the earth, solar system, living creatures (both plants and animals), mountains, the forces of nature (namely fire, air, water, soil, and sky) are brought before Sri Rama’s vision. Sage Agastya asserts that Lord Surya’s grace was essential for achieving victory over enemies, removing sins, eliminating worries, energizing the body for restoring vitality and longevity.

In this Stotra, the visual brightness, inherent heat and intellectually luminous nature of Lord Surya is described many times – as the remover of darkness, dullness, ignorance and coldness, both out in the cosmos and within humans – as it is the darkness and ignorance inside us which lead to physical dullness and mental gloominess. These were removed by bright visual imagery. 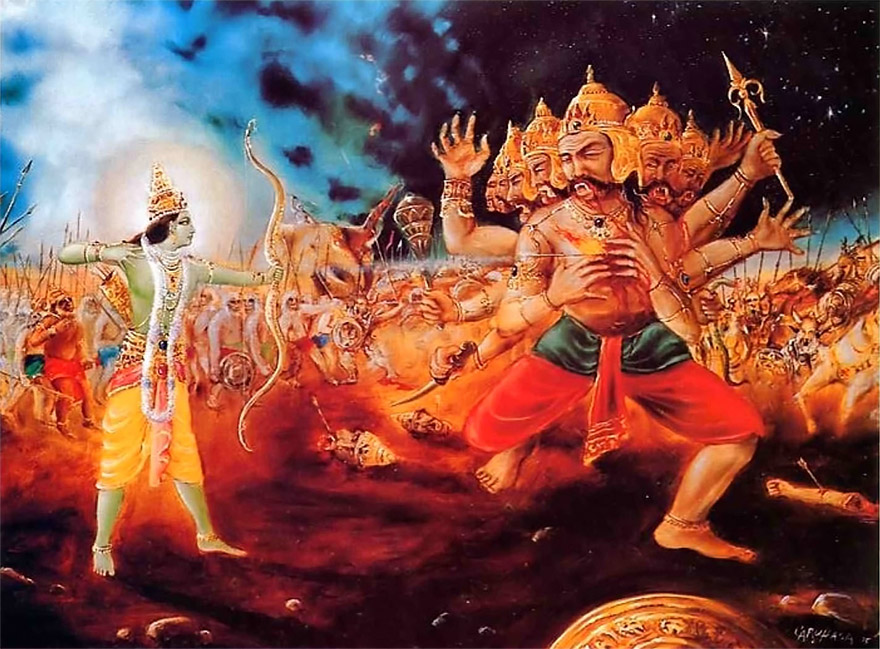 He also shows how Sri Surya was truly a single-form manifestation of all the major Gods and lower gods as well – thereby calming troubled Sri Rama – as to which God to pray for His present situation. Indeed, even today we are all in the same situation as Sri Rama was – with multitudes of Gods to pray to – but still problems seem to continue unabated. Lord Surya offers a solution to the above dilemma by being an integrated, and visible god displaying aspects of all gods in himself.

We still struggle more than ever before these days from lack of time – juggling commitments and duties- despite watches, digital calendars, cellphones, and pagers notifying all about time every second. Some of us may not have adequate support from professional help via skilled workers – and thus have to juggle many a task single-handedly by ourselves. Lord Surya’s timeliness in doing his duties, multi-faceted skills and coordination powers can aid us in managing our duties by praying sincerely to Lord Surya even today. The repetition of the stotra and visualization of cosmic processes can indeed re-wire our internal systems to increase our work coordination abilities. 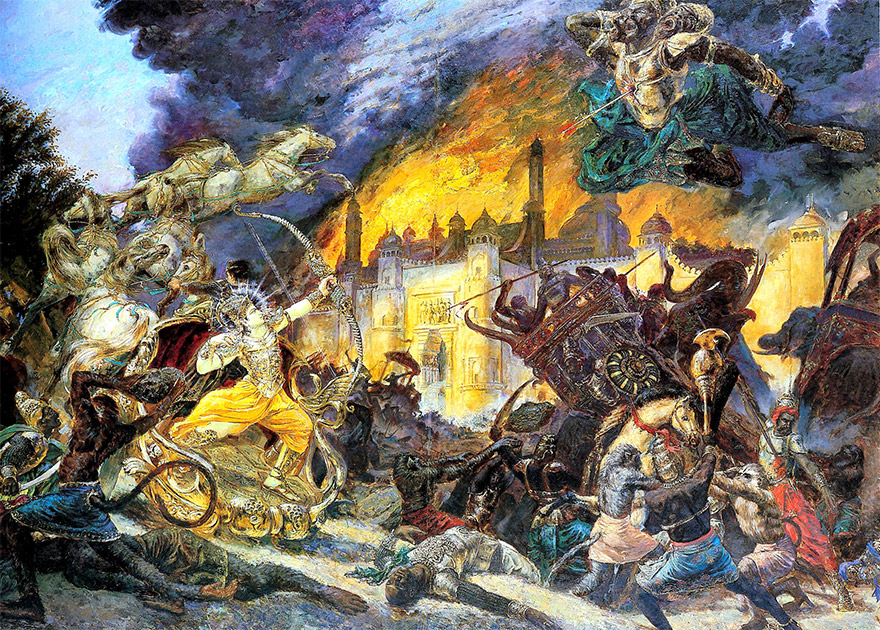 Sage Agastya reminds Sri Rama of the Sun’s presence within all of us – that He is ever awake and controlling and regulating mankind’s vital systems as our heart centre – just as He is taking care of the outside world as well.

Sri Rama was himself of the “Suryavansha” – the lineage descended from the Sun God. Hence this Stotra perhaps generated a personal connection within him – making Sri Rama consolidate his family lineage’s glory as well, while praying to Lord Surya – His forefather. Thus Sage Agastya assimilates Sri Rama’s scattered frame of mind by narrating how well Sri Surya coordinates the various distributed functions in the cosmos through his single divine will.

Hearing all this, Sri Rama gains energy and new hope of defeating Ravana. He faces Ravana again after forming his war strategies and reviving his archery skills. After invocation by Sri Rama, Sri Surya appears to Sri Rama and blesses him to attain victory over Ravana – and thus it happened very soon after. 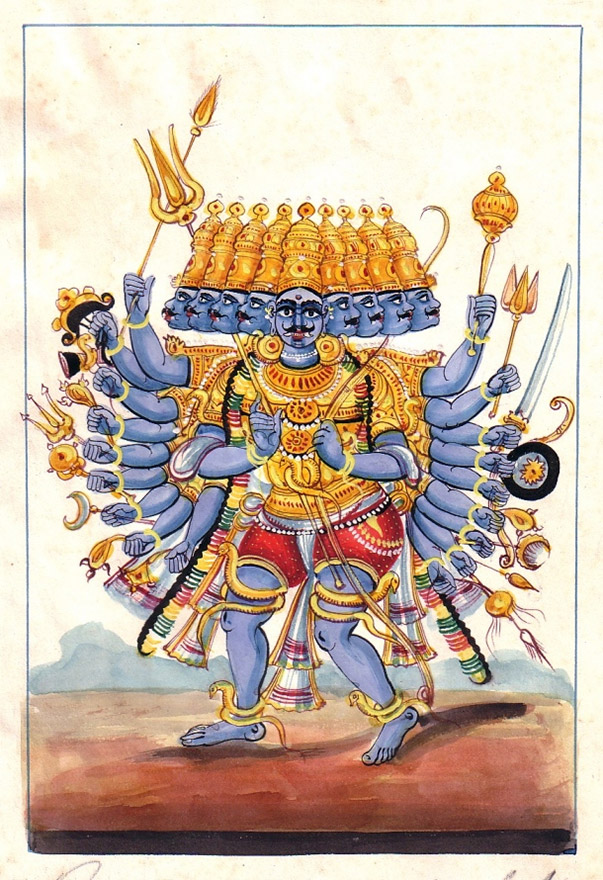 The benefits of rays of sunlight are well-known for healing several diseases – including those related to eyes and skin. Immunity is at rock-bottom these days – due to high pollution, as well as multi-specialty approaches to health which do lead to unforeseen side-effects. Lord Surya as “God of Good Health” (in Hindu religion) bestows us immunity and digestive fire energy to withstand or prevent many diseases.

Solar energy is recognized as a vital alternate renewable power source for addressing the global energy crisis – in case fossil fuels are depleted in the coming few decades. Moral values are on the decline daily with falsehood and deception practiced casually these days. Lord Surya is the very embodiment of Truth. Praying to Him can strengthen the power of truth within us and in practicing truth and fairness in dealing with the outside world.

Hinduism and the Sacred Cow