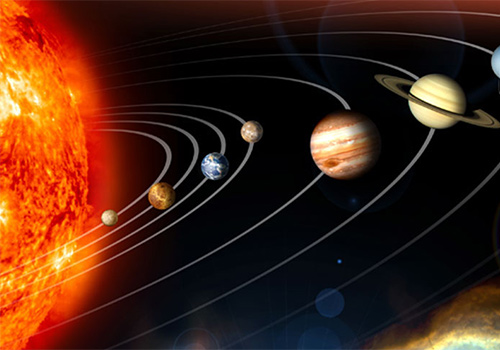 Tithi pravesh chakra is one of the cornerstones of Vedic astrology and was hidden in tradition of SJC until the knowledge was given out by Pt. Sanjay Rath. Vedic astrology widely uses the solar return chart or the surya varsha pravesh chakra to predict the event of a year and this is widely known as Varshaphala. However, from time immemorial the scholars and pundits of India used the Tithi based calendar to reckon time, since the time needs to be reckoned from both the luminaries, as they represent two different aspects of our self.

Thus, the start of a year needs to be reckoned from the time when the exact portion of tithi commences again after a full cycle of Sun in the zodiac. Since the Moon phase calendar or the tithi calendar is synchronised with Sun, we need to see the tithi when the Sun returns back to the same sign after a year and the exact amount of the birth tithi has elapsed. When the event happens, that commences a new year in the life of native and the horoscope drawn for that moment can show the events of the year. However, the tithi pravesh chart can not be read independently from the natal chart, since the natal horoscope has an over-riding influence over the native. This article shows how to analyse the tithi pravesh chart, while simultaneously taking the natal chart into consideration.

1. Weekday: Take the weekday running at the commencement of the tithi new year. This becomes the lord of the year and has the most predominating influence on the native. Here the day needs to be reckoned from Sunrise to next sunrise and thus, somebody who is born after 00:00 hrs need to be considered to be born in the previous day. Only when the birth is after Sunrise, the weekday becomes the current weekday. Thus there can be minor discrepancy between the weekday as reckoned as per the English calendar and the one reckoned as per the Hindu calendar.

2. Lagna: The lagna is the key which chanalises the energies of the natal horoscope to the Tithi pravesh chakra.

The lagna lord in the tithi pravesh chakra needs to be studied for success or failure in different endeavours in the year.

3. Hora: The Hora lord at the commencement of the tithi New Year set the focus of the events that are going to happen in that year. The events can be seen from the ownership, placement and yogas the Hora lord is involved in the tithi pravesh chakra.

This is the most important factor of the three and the strengths, placement or ownership and the yogas it is involved in will have tremendous impact on the main events of the year. If it is badly placed or afflicted, then the events can leave us with some bad experiences.

Vedic Origins of the Zodiac

What is Vedic Astrology?