Starring: Will Smith (Bagger Vance), Matt Damon (Rannulph Junuh), Directed by: Robert Redford
Genre: Dramatic Comedy
Length: 2hrs 20min
Synopsis: A lightweight, though entirely pleasant film that seeks to unite some of the thematic elements of the Bhagavad Gita with the meditative aspects of the game of golf.

Robert Redford (Dir. Quiz Show, The Horse Whisperer) has made some good films in the past. In fact, I would nominate Quiz Show as one of the best films of the 1990s. However, The Legend of Bagger Vance falls short of such greatness and ends up as a leisurely, beautifully shot film which lacks any dramatic tension. Going into this film you will know exactly how this film will end.

The year is 1931 and America is in the midst of the Great Depression. Rannulph Junuh (R.Junuh) in his younger days was one of Savannah, Georgia’s great golf champions. Now, however, he has lost his way. You see, he enlisted in the army with the onset of World War I only to see his entire unit killed in battle. Now he is a shadow of his former self and comforts himself with alcohol.

Without getting into all the plot intricacies, a golf tournament is set up, bringing together two of the great champions of golf, and actual historical personages – Bobby Jones and Walter Hagen. R. Junuh is eventually coaxed into playing the game to give the Depression-worn people of Savannah a hero to look up to.

However, there is one problem. You see, R. Junuh has lost his swing. Enter Bagger Vance (read Bhagavan) a mysterious individual who eventually convinces R. Junuh to allow him to be his caddy (read charioteer). Bagger Vance speaks of the need to find one’s “authentic swing”. This is a swing that needs to be remembered, that is inside each one of us, but is often difficult to find because it gets covered by the experiences of the world. And so they proceed to the golf course (read Battlefield of Kuruksetra) to find this “authentic swing”.

With the above few paragraphs I have given you the set up for the movie. Now I wish comment of a number of individual points.

Cinematography – The film, unquestionably, is beautiful. There are sweeping shots of nature, the fields, the ocean, and sunsets. At times you may even feel like you are being manipulated into overlooking the film’s weak points because you get distracted by the sheer beauty of the photography.

Philosophy – The movie touches upon a few of the philosophical points of the Bhagavad Gita, sometimes in a very subtle way, and a few times in a very leaden and obvious way. I think the idea of the “authentic swing” is a subtle way of blending the philosophy and story line together. There is also one point where the idea of past lives is brought up in a subtle way (The R. Junuh pre-war is a different person than the post-war R. Junuh). However, for every subtle point made, there are at least as many blatant and obvious attempts to bring in the Bhagavad Gita’s philosophy. In one exchange between Bagger Vance and R.Junuh, R. Junuh says something along the lines that “A man is born, lives and then dies. When he dies that’s it, his soul dies with him”. Bagger Vance’s reply (paraphrased) is “That’s one of the stupidest things I’ve ever heard”. This is not too subtle, and the context in terms of what occurs before and after this scene makes it stand out. I don’t want to give a misleading idea that this movie is filled, top to bottom, with ideas from the Bhagavad Gita. It touches on a few here and there and then moves on.

Pacing – The movie starts off somewhat clumsily with a lot of voiceovers. Often voiceovers are a sign of a weak script. A movie is meant to be visual. The director is to show you what is happening. Voiceovers are a way of telling you what is happening so that the movie can get quickly to its point. Voiceovers can work is some cases, but often (as with this movie) it ends up creating a stilted pacing.

If there was one principle criticism of the film it would be the lack of any real dramatic tension. This is a movie about golf, and we move from one scene of golf to another. But at no point are we really concerned or really feel the psychological turmoil that R. Junuh has undergone during war. We accept that he is tortured because it is told to us, but we don’t REALLY believe it.

Ultimately, the film opens nicely, moves along at a leisurely pace, and then closes out with another beautiful sunset. The film is not as deep as one may hope but I could recommend it for a matinee showing.

There has been some concern in the Indian community in America that The Legend of Bagger Vance may trivialize the cultural heritage of Indians. They point to the fact that R. Junuh, in the movie, is, at one point, a sort of alcohol dependent person, who can’t really hold a steady job. To some this may be offensive. In all honesty, I don’t think there is any malice or ill intent in the use of some of the structural aspects of the Gita. 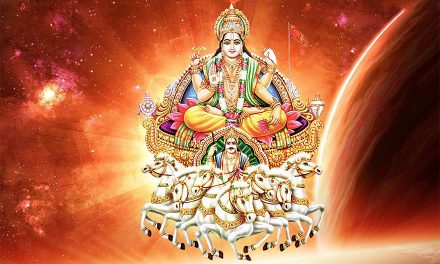 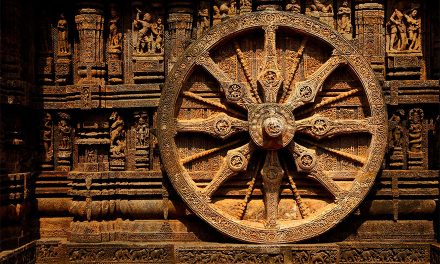