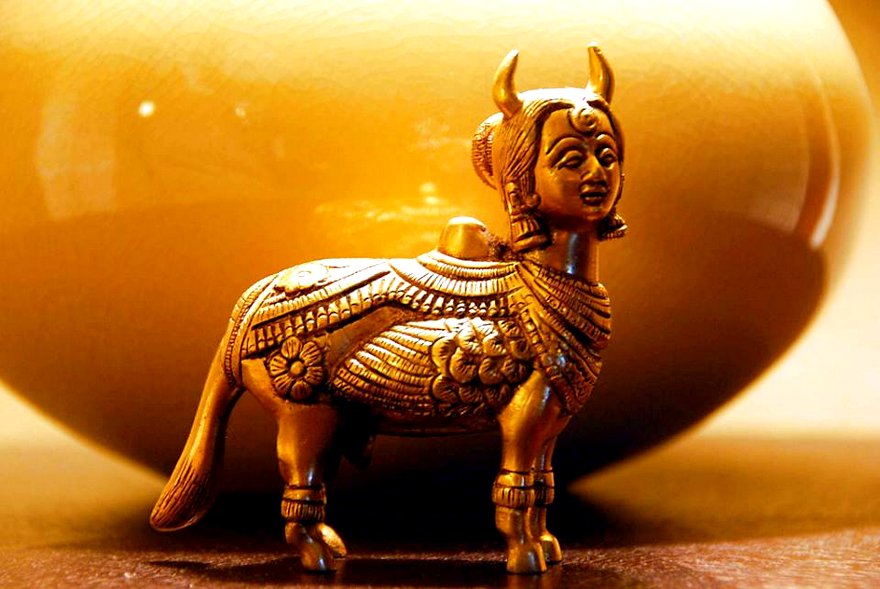 Kamadhenu also known as ‪‎Surabhi‬ is a divine bovine-goddess described in Hinduism as the mother of all cows. Kamadhenu, the sacred cow which grants all wishes and desires, is an integral part of the entire Indian culture. This divine cow, which lives in swargalok (heaven), emerged from the ocean of milk (kshira-sagar) at the time of samudra-manthan (the great churning of the ocean by the gods (suras) and demons (asuras).

It was presented to the seven sages by the Gods, and in course of time came into the possession of Sage ‪Vasishta‬.

Kamadhenu is also well-known through its other five forms: Nanda, Sunanda, Surabhi, Susheela and Sumana. Kamadhenu’s complexion is like the white clouds. Every part of cow’s body has a religious significance. Its four legs symbolize the four Vedas, and its teats the four Purusharthas. Its horns symbolize the gods, its face symbolize the sun and the moon, its shoulders Agni (the god of fire), and its legs the Himalayas Brahma (the creator of the Universe in Hinduism) is her back, while Lord Vishnu is her throat. To the right, a man is seen as protecting the cow from being slaughthered.She’s described as sometimes taking on an anthropomorphic form, with a human head, a cow’s body, a peacock’s tail, and the wings of a parrot.” 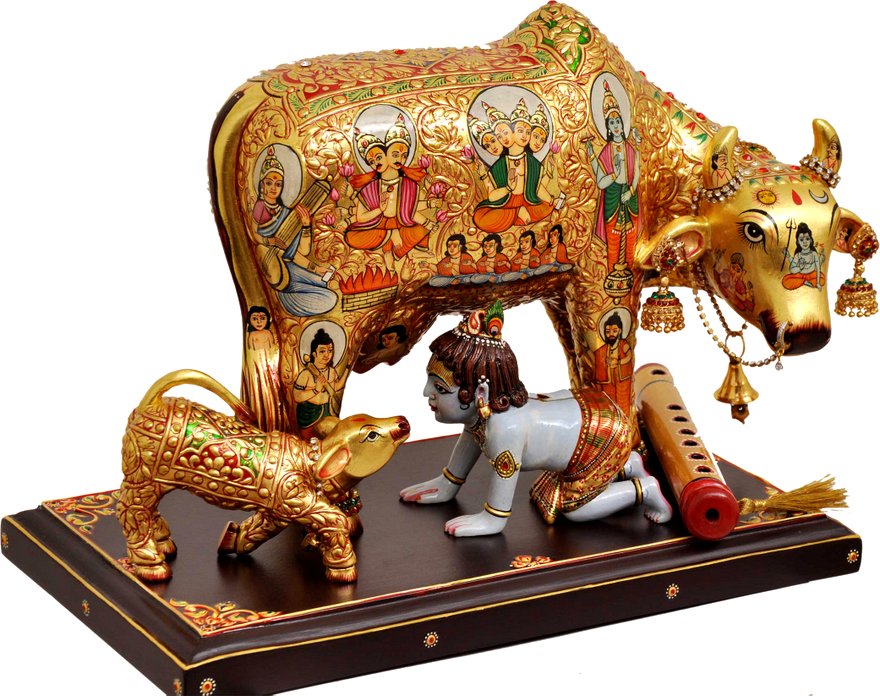 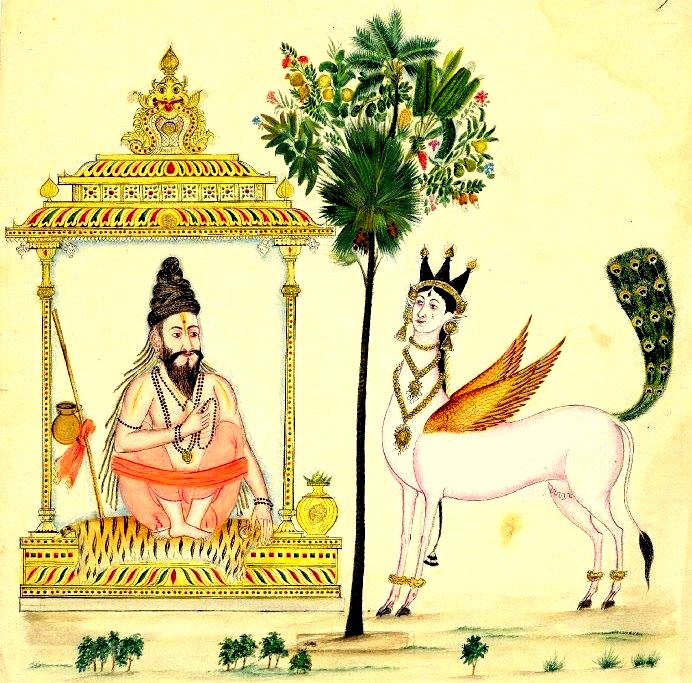 Kamadhenu-Surabhi rose from the churning of the cosmic ocean (Samudra manthan) by the gods and demons to acquire Amrita. As such, she is regarded the offspring of the gods and demons, created when they churned the cosmic milk ocean and then given to the Saptarishi, the seven great seers. She was ordered by the creator-god Brahma to give milk, and supply it and ghee for ritual fire-sacrifices. 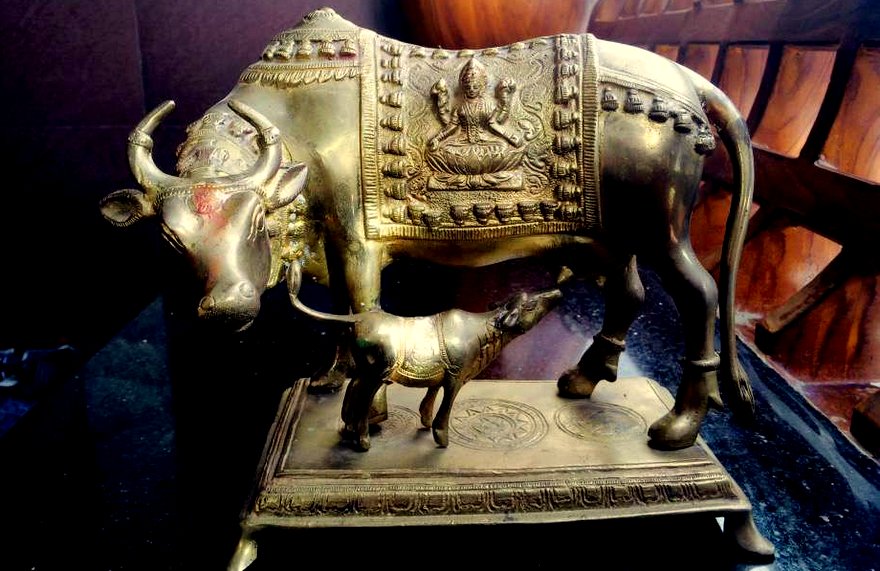 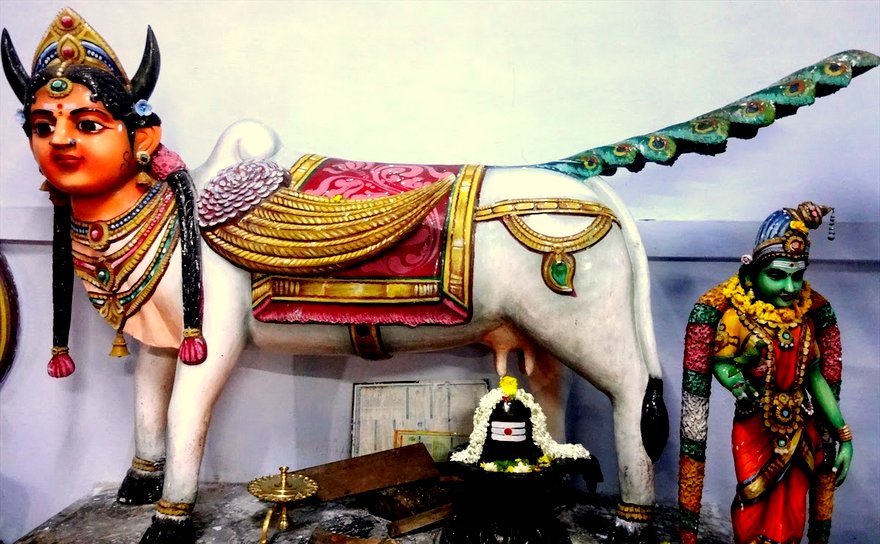 According to the ‪BhagavadGita
‬
The Bhagavad Gita, a discourse by the god Krishna in the Mahabharata, twice refers to Kamadhenu as Kamadhuk. In verse 3.10, Krishna makes a reference to Kamadhuk while conveying that for doing one’s duty, one would get the milk of one’s desires. In verse 10.28, when Krishna declares to the source of the universe, he proclaims that among cows, he is Kamadhuk.
The cow symbolizes the dharma itself. 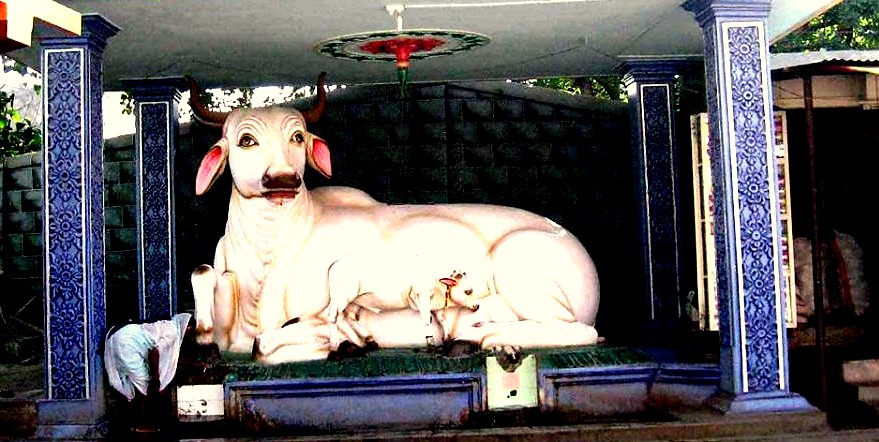