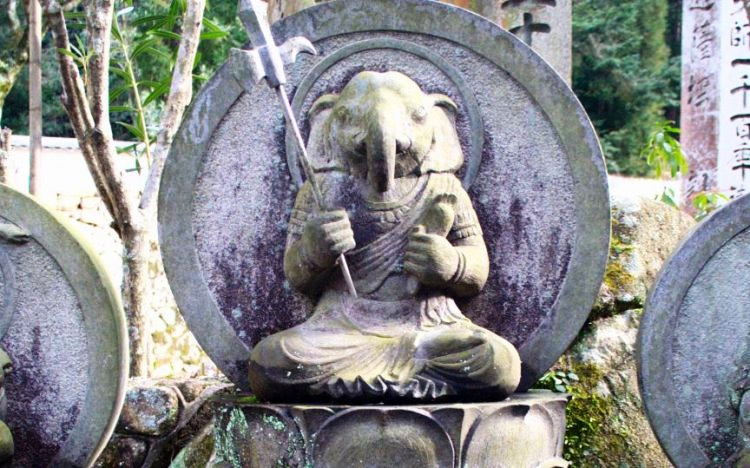 In classical Japanese, India is known as “tenjiku”, which translates as “the land of heaven”. This is only an indication of how Japanese culture appreciates the Indian civilization. This term, again, is derived from the Chinese word “Tianzhu”.

Indian ideas, philosophies, and cultures had spread to China through Shakyamuni Tathagata Buddha who went to China and spread the teachings. From there, the ideas developed and reached towards far east. China had become a base for the spread, you might say.

Japanese culture has great root in the Chinese culture. Even if you look at their linguistics, much of Japanese letters have been influenced by Chinese, viz. their writing system Kanji. Indian culture, has too, influenced the Japanese culture, and it is estimated that it spread to Japan around 6th century AD. The reason is how Buddhism descended from Hinduism. “India conquered China without armies,” a quote from one Chinese admiral.

Japanese culture has gods and demons too, which is quite similar to the Hindu mythology. There are many Hindu gods that have paved their way into the Japanese mythologies.

For instance, you can see this Japanese version of Saraswati, Benzaiten: 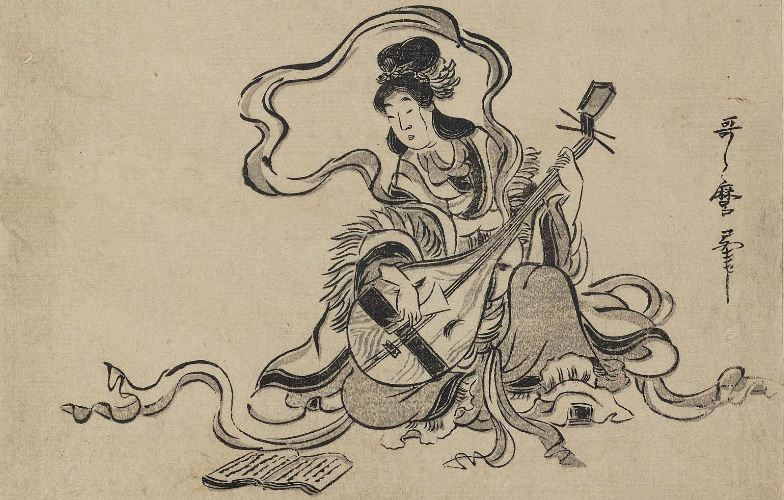 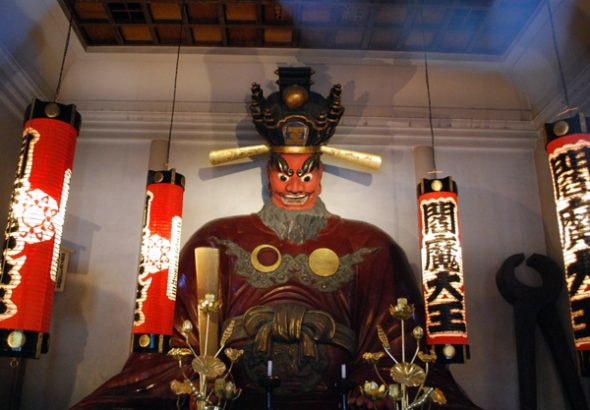 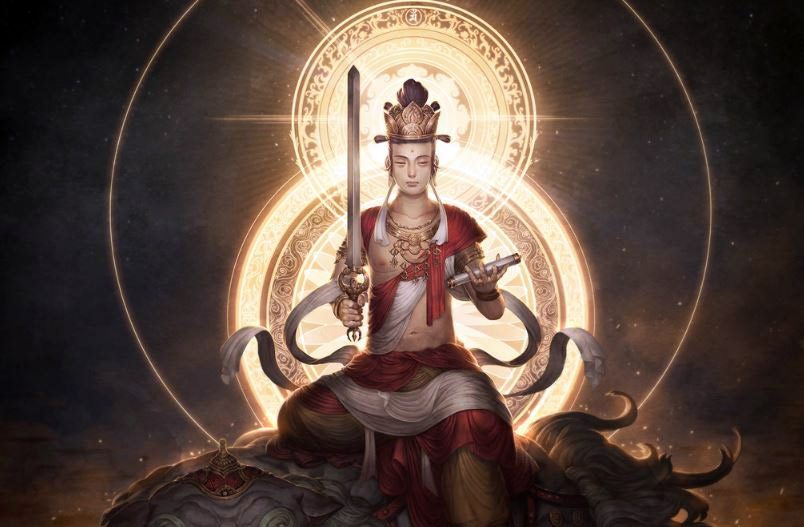 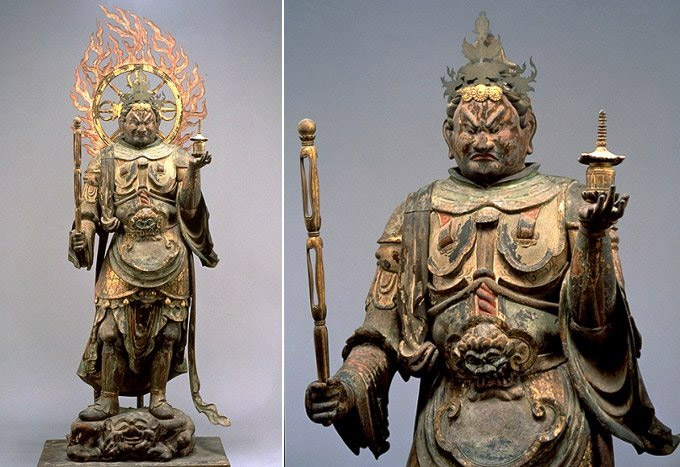 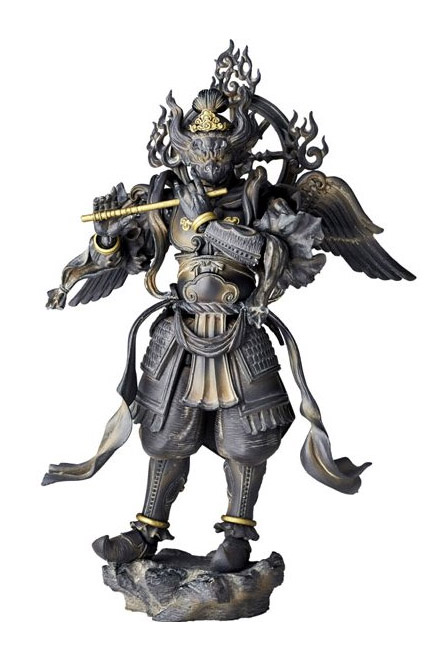 Many such references can be seen, especially if you go into the Kansai region. About 20 gods are worshiped all around Japan. Many of them can be seen in the Kyoto region, which is known as the city of a thousand shrines.

There are hundreds of shrines to Goddess Saraswati alone in that country, along with innumerable representations of Lakshmi, Indra, Brahma, Ganesha, Garuda and others. Even deities forgotten in India are worshipped in Japan.

There is also one interesting story about Sujatha, where a starving Buddha was saved by a girl. The girl had fed him milk gruel, and now her name is so famous that it is even turned into a dairy product ‘Sujatha’ which is sold by Meiraku.

A number of words in the Japanese language have their roots in Sanskrit. For instance, the 6th-century Siddham script is preserved in Japan, though it has disappeared from India. “Beejaksharas” (or etymology of alphabets) of Sanskrit in this script are regarded as holy and given great importance. Each deity has a “Beejakshara” and these are venerated by the people, even though most of them cannot read it. Some Japanese tombs are adorned with the Sanskrit alphabet.

Also, the idea of karma has also entered Japanese philosophies. They say “bachi ga ataru”, which translates as “something bad will happen to you if your actions cause harm”.

Revealing the Secret Behind Gayatri Mantra