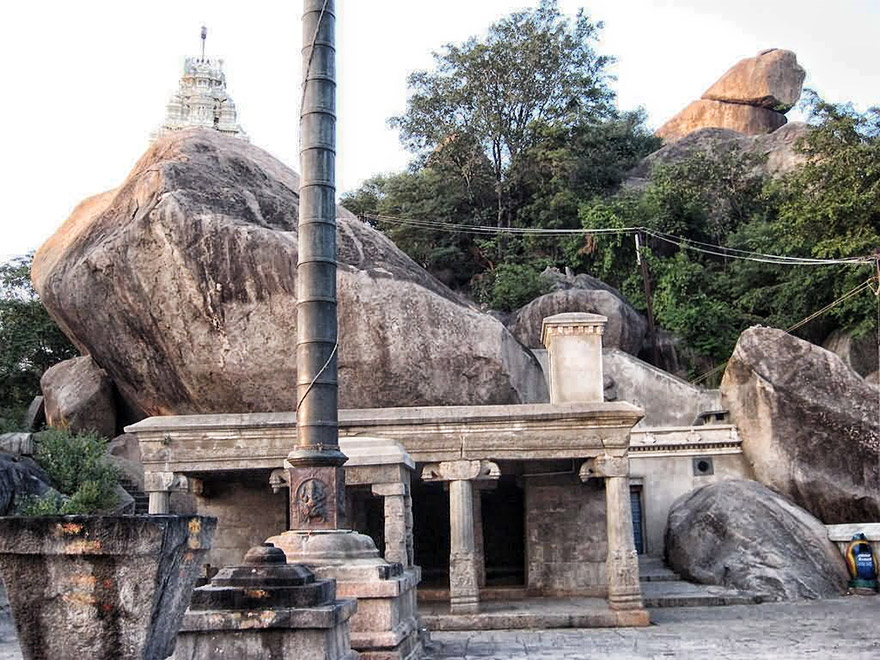 It was nearing noon when I got out of the car and decided to climb the hill on foot. The sun was beating down as I parked the car at the foothills adjacent to the beautiful temple.

The temple housed the deity of a being created through tantric powers by merging six celestial forms into one with great qualities. The being was a fierce warrior until the time he gave up and became a great yogi. This happened few thousand years ago.

The tall hill ahead of me was once frequented by this celestial warrior and leads to interior places in a jungle. 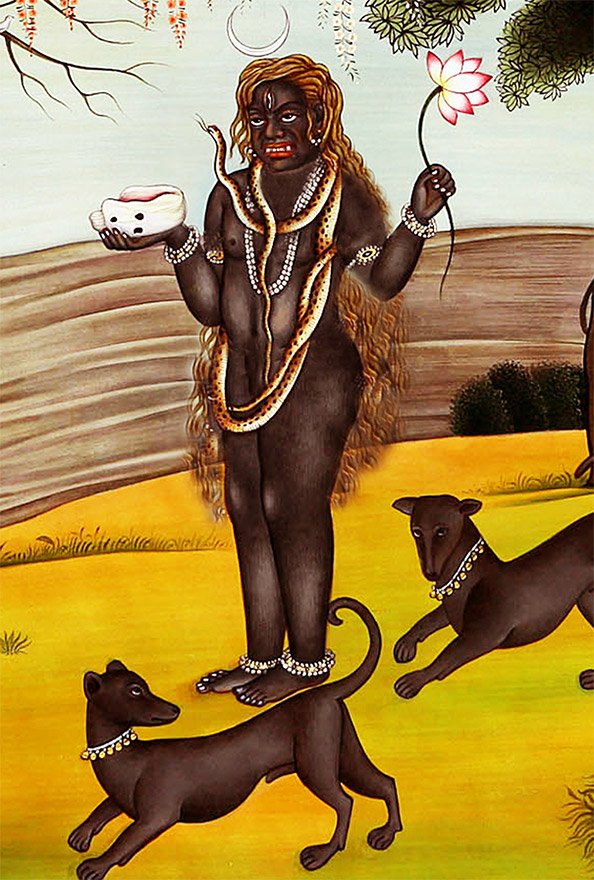 As I started to climb the hill, this dog appeared from nowhere in front of me and began to lead me up the hill. The dog was stout, black in complexion and I noticed he had only one eye. I did not encourage and just ignored as he stayed close ahead of me as I walked.

It was a pleasant climb through the beauty of the hills, fresh greenery and its pools. I stopped in front of a large rock that looked like a canopy and learnt about a cave underneath. Years back when someone tried removing the canopy stone, they noticed incense smell coming out of the cave below and vison of beings seated in yogic posture.

The canopy stone was immediately moved to close the cave and remains in its position ever since. 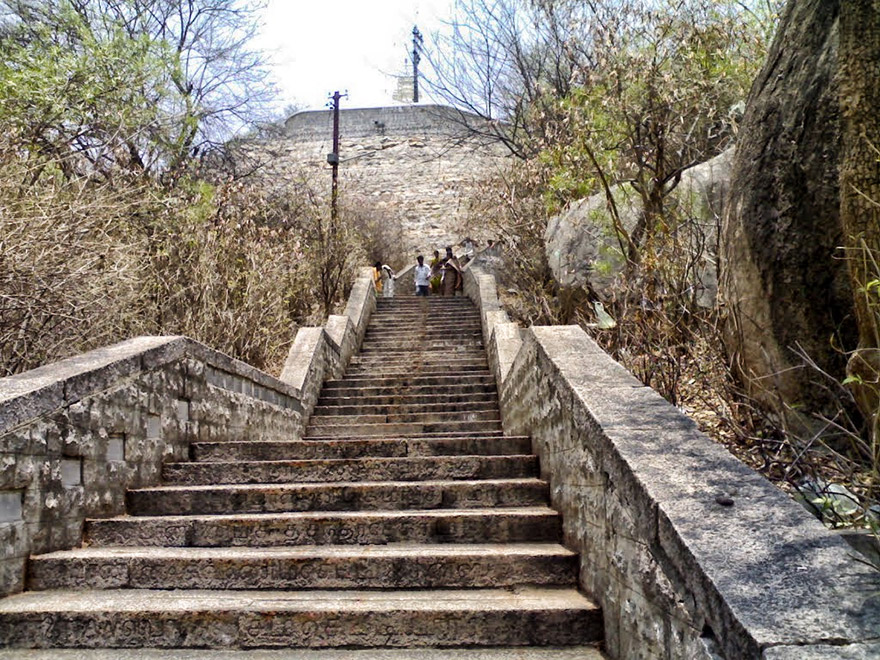 As I turned back to climb the hill I saw the dog sitting on top of a rock with his head turned looking straight at me. He jumped from the rock in front of me and continued to lead me up the hill.

I could not ignore the dog anymore and started taking him seriously. I noticed a silence in him that complimented the quite surrounding.

There are a number of caves on the way. The dog patiently waited for me as I stood in front of caves with exquisite sculptures where Jain monks once meditated. The dog continued to lead me up the hill as I climbed.

In our mythology, Indra the king of Devas sends Sarama, the mother of dogs, in search of missing cows. Here the dog is portrayed in the role of a protector. The dogs are also associated with death as Sarama’s children called Sarameya are shown as companions of Yama, the god of death. In the epic Mahabharata, Yudhishtra insists he will alight the chariot of Yama with a dog that followed him all the way. 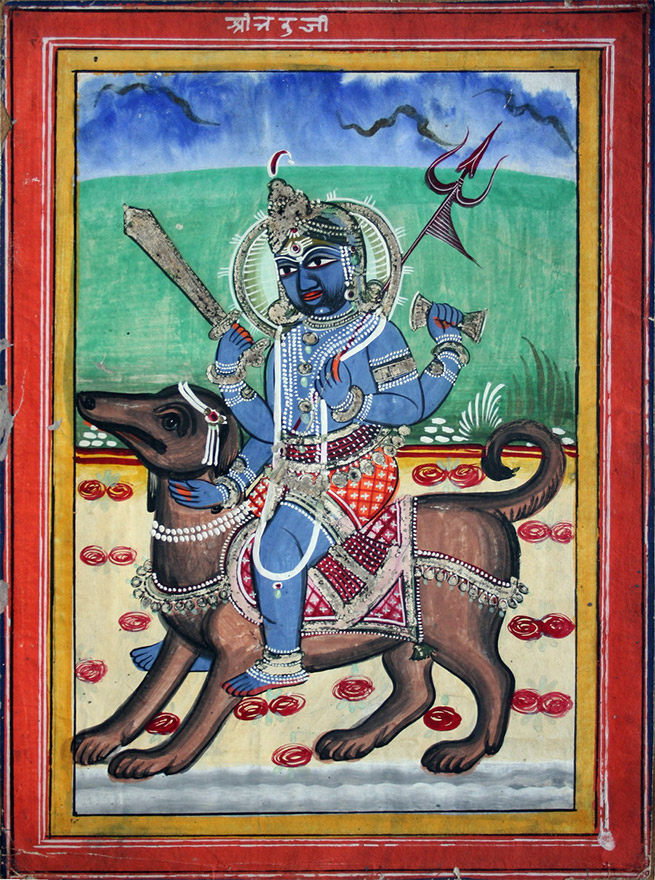 As humans we are territorial. This comes from traces of animal character imbibed in us. It is said that Yama descends one day with the Sarameya’s to take away the human from the territory.

Dogs are also associated with mendicants who wander in the wilderness. Bhairava, is a form of Shiva who is depicted as a mendicant with dog as his mount. He is fearsome and teases the primitive instinct of the humans and the fear that goes with it. He is considered as the one who governs time that is beyond any reason, logic or ideas. He is called as Kaala who manifests time from different dimensions of reality.

It is said that you can connect with Kaala during the 8th moon phase. This is a window available in the cosmos with exceptionally powerful energy. You should give it a try.

Walking through the forest with wild grass, trees and rocks, I realised I was now following the dog as he led the way. 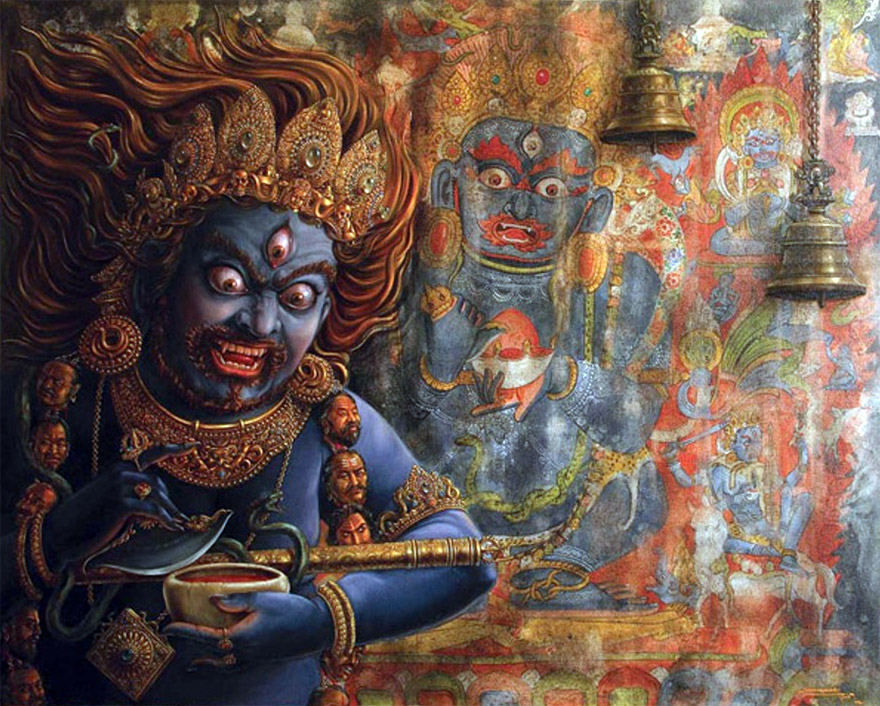 I had climbed for two hours before I reached a cave made of a single rock at the top of the hill. The dog stood at the entrance as I crawled into the cave. As you continue to crawl, the cave opens into a wider space inside where you can barely stand. It housed the remains of a saint who lived during the nineteenth century.

This cave was a perfect place to meditate in nature and the sounds from outside world are shut out. As I sat down, I could still feel the energies of the past masters who have meditated.

It was over an hour when I crawled out of the cave into the open air. I looked around for the dog and he was nowhere to be seen.

I started my descent down the hill and reached the car parked at the foot hills. All along the way there was absolutely no trace of the dog and he mysteriously disappeared.

A trip to Vallimalai during August 2015. Author’s website: baladrishti.wordpress.com 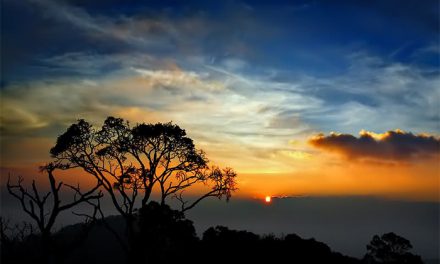 My Initiation Into Spirituality