The Meaning of Krishna Jayanti 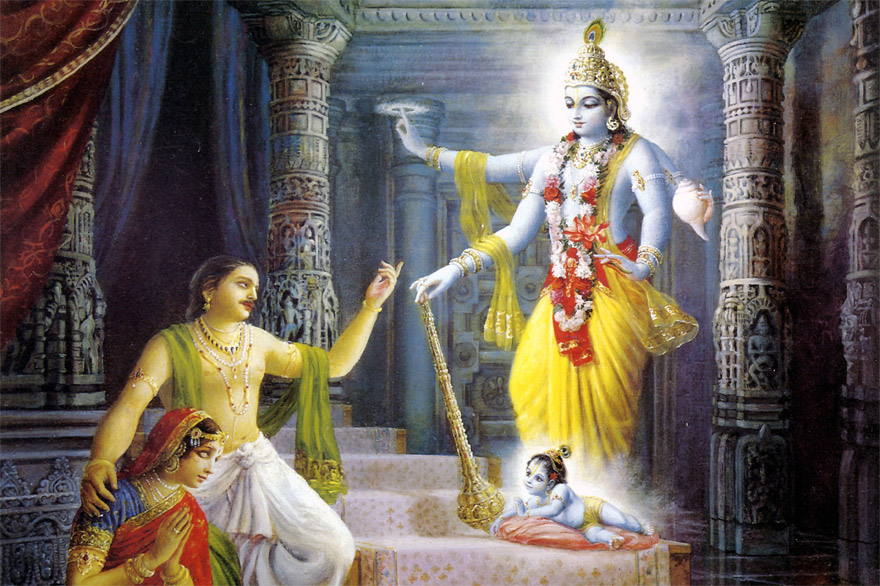 Krishna has said in the Gītā (4.9) — janma karma ca me divyam — my birth and activities are transcendental.

Especially his birth is known by two popular names — Janmāṣṭamī and Kṛṣṇa-jayantī.

The term ‘jayantī’ has been used very liberally in modern Indian culture and birthdays of kings, political leaders as well as non-Vedic deities are also termed as jayantīs by many individuals. On a particular website, the birthday of Karl Marx is also termed as ‘Marx-jayantī’ (the communist who did so neither understands his own siddhāntas nor the siddhāntas of the Vedas).

The Haribhaktivilāsa (15.331) gives a precise definition of the term ‘jayantī’ as follows:

Translation: The name ‘jayantī’ is understood to be applicable exclusively to the eighth day of the dark-fortnight of the Bhādra Month aligned with the Rohiṇī constellation.

This verse is also found in the Kāla-mādhava of Mādhavācārya. Srila Jiva Goswami says in the Kṛṣṇa-sandarbha as follows:

Translation: The appearance or birth of any other incarnation of Krishna or of any other person is thus not popularly known as ‘jayantī’.

By this it should be understood that the term ‘jayantī’ is applicable exclusively to the appearance day of Krishna and applying it to the birthdays of other personalities, especially those who are not born on the same day becomes an example of a misnomer. 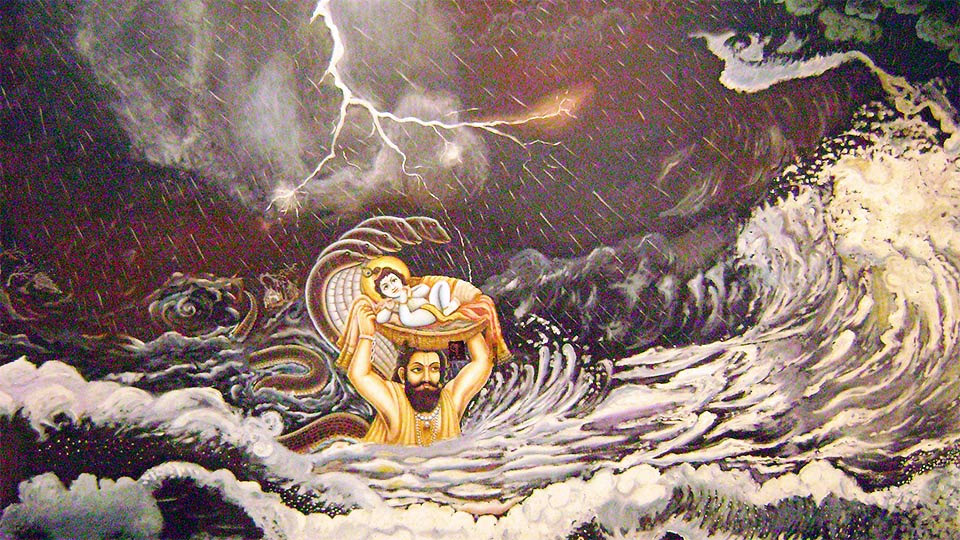 Having said that, it is also necessary to end on a sweet note (mādhuryeṇa samāpayet). Whether it is kathā or prasāda, we try our best to end with something sweet. Therefore, I quote a verse from Srila Jiva Goswami’s Gopāla-campūḥ which describes the great celebration that took place at Nanda Maharaja’s palace after Krishna’s appearance. Srila Jiva Goswami says:

[In that celebration named Nandotsava]:

In this way, the simultaneous execution of the supreme perfection processes of the respective four ages was seen in the courtyard of Nanda Maharaja.

* — It was not exactly dvāpara-yuga because Dvāpara had almost reached its end and such a time is technically known as Yuga-sandhyā (the period between the two yugas when the former yuga has ended and the new yuga has not yet started).

Why would the wind suddenly start blowing in a pleasing and aromatic way? The devotee poet Harisūri expresses a poetic possibility for the same as follows:

Translation: The wind god thought, “In the previous age (tretā), an immense amount of service was rendered for the Lord by my son (Hanumān) and simply by his service, I am blessed. Yet it is very much desirable that I should render direct service to the Lord through my body.”

Therefore that servant of the Lord named Vāyu rendered this service of blowing pleasing winds for the pleasure of the Lord. 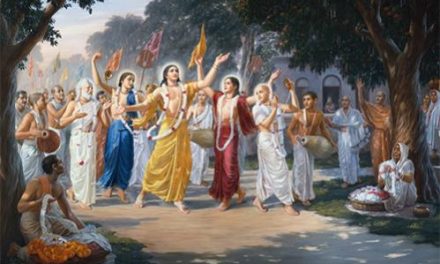