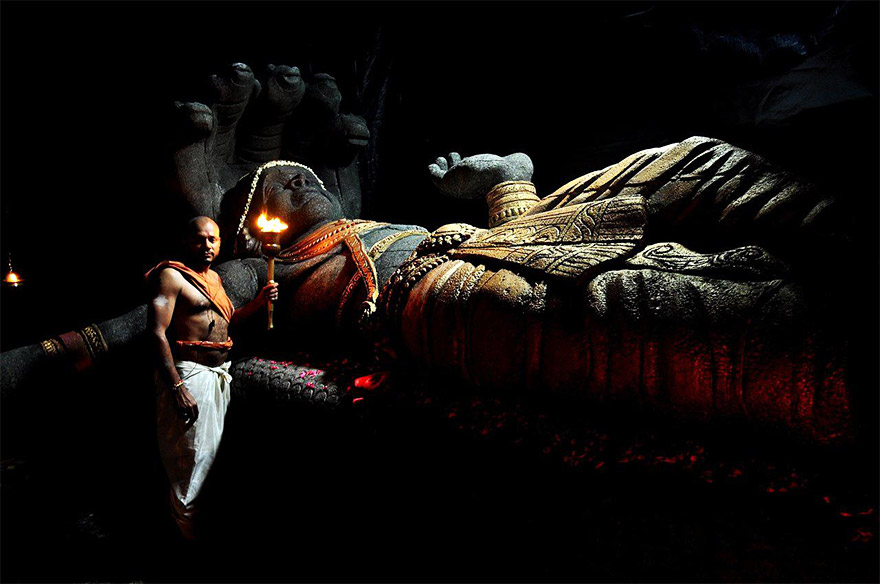 The mysterious door of the ancient Padmanabhaswamy temple is protected by two massive cobras painted on it and has no bolts, latches or any other means of entry. It is said to house unimaginable wealth, and can only be entered by a high level sadhu familiar with the knowledge of chanting a special Garuda mantra.

It is believed that the door—which has no bolts, latches or any other means of entry—was sealed shut by sound waves from a secret chant lost in time.

Hindu priests say that at present, there is no human capable of opening this door by executing these chants.

It is a glorious ancient temple which rightfully holds the title as the wealthiest institution and place of worship of any kind in the recorded history of the world, with an estimated $22 billion worth of gold and jewels stored in underground vaults.

Its gold-plated exterior shows only a small portion of its true glory. 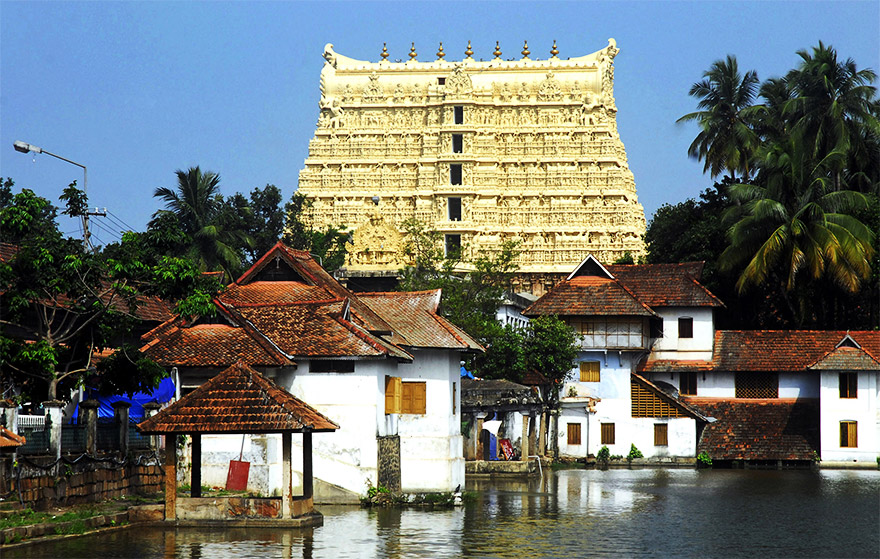 Located in Thiruvananthapuram, Kerala, India, this ancient temple features 8 underground vaults out of which only 5 have been opened and explored.

The Temple has been referred to in the Sangam period of literature between 500 B.C and 300 A.D several times. The temple is one of the 108 principal Divya Desams (“Holy Abodes”) in Vaishnavism, and is glorified in the Divya Prabandha. 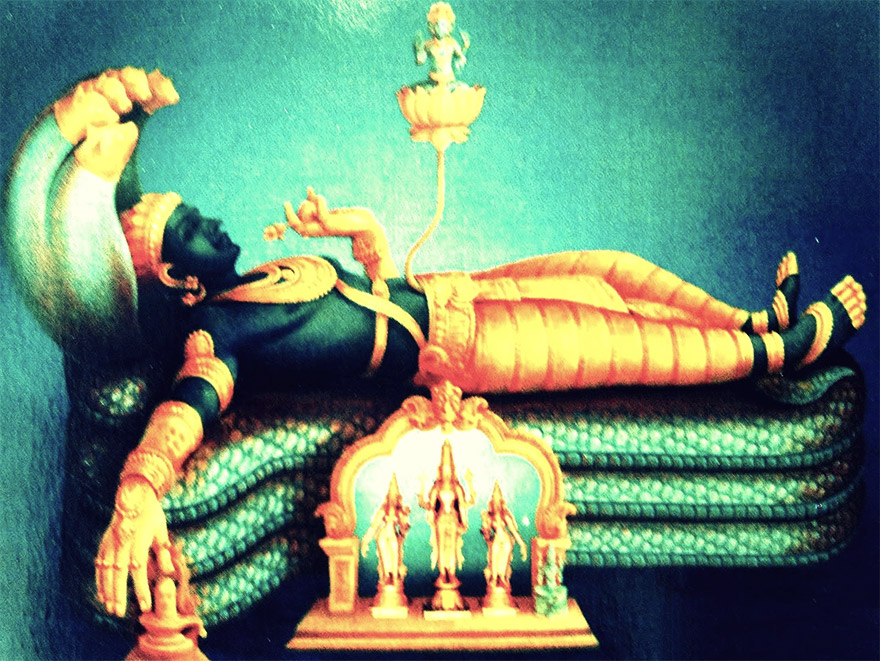 Curiously, there isn’t a single historic record that mentions the exact date when the temple was founded.

Many extant pieces of Sangam Tamil literature and poetry, and even the later works of Ninth Century poet-saints like Nammalwar, refer to the Temple and even the city as having walls of pure gold. At some places, both the Temple and the entire city are often eulogized even as being made of gold, and the temple as the spiritual abode (Vaikuntha). 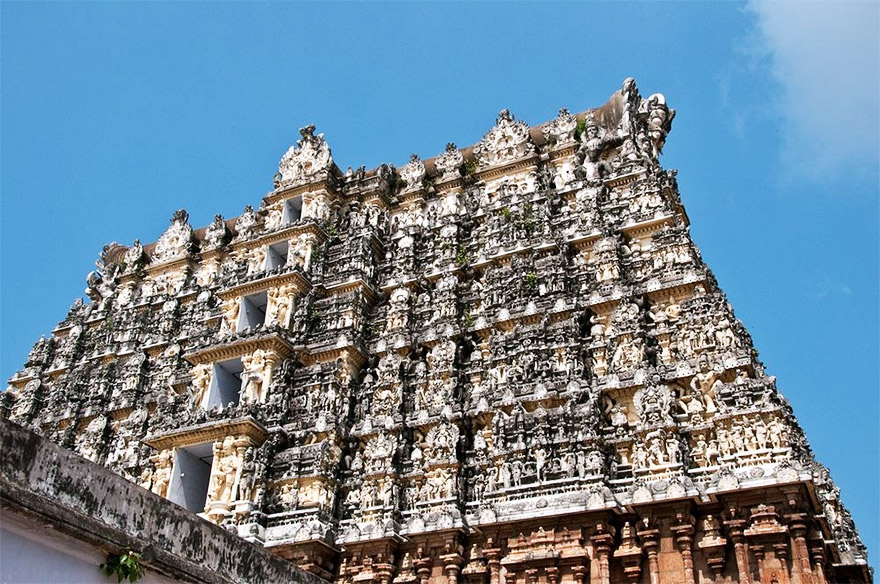 But the most impressive and mysterious feature of the temple is a hidden chamber which is guarded by two massive cobras. Legends say that anyone who dares to open the door will meet disastrous results. This mysterious door is referred to as Chamber B.

Six of the chambers have already been opened yielding approximately 22 billion dollars worth of gold in the form of diamonds, jewelry, golden utensils, weapons, golden statues, golden elephants and diamond necklaces, with one having an approximate weight of around 500 kilograms and a length of around 18 feet, in addition to countless bags full of golden coins acquired from different parts of the world. There are also many ceremonial costumes including one with 66 pounds of solid gold coconut shells studded with rubies and emeralds. 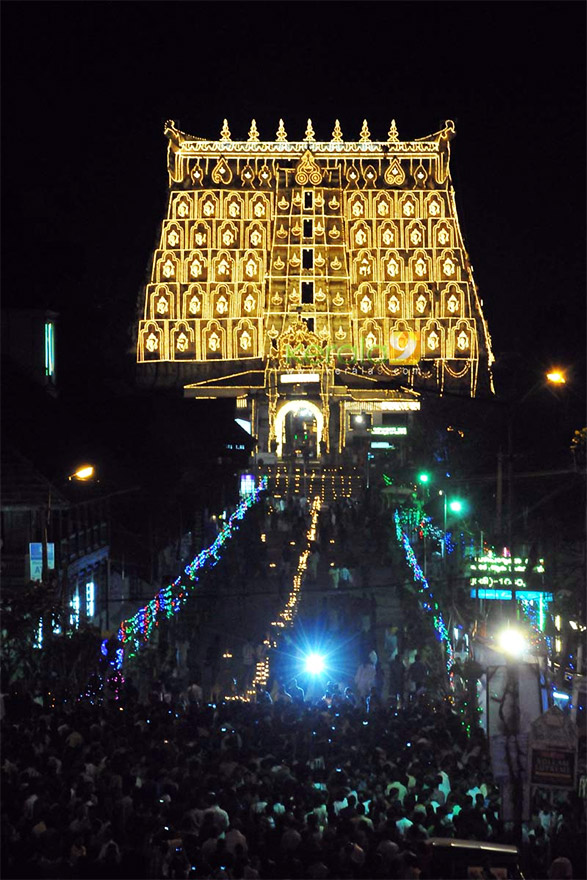 Many people speculate that the contents hidden inside the mysterious chamber go far beyond materialistic riches, even though priceless antiquities made of gold, and diamonds await on the other side. It is believed that if any ‘ordinary human’ attempts to open the mysterious Chamber-B, other than by the chanting the highly sacred and powerful ‘Garuda Mantra’, catastrophes are likely to occur in and around the temple premises, with apocalyptic scenarios likely to follow throughout India or even the world according to Vedic astrologers.

According to an inventory that took place in 2014, Vault A of the temple contained 2,000 pounds of gold coins, dating to around 200 B.C.

It is said that Vault B of the temple can only be entered by a high level sadhu familiar with the knowledge of chanting a secret Garuda mantra. The door cannot be opened by any means by anyone, and at present, there is nobody in the world who possesses the secret except the highly sacred and powerful siddhapurushas, or siddhars. 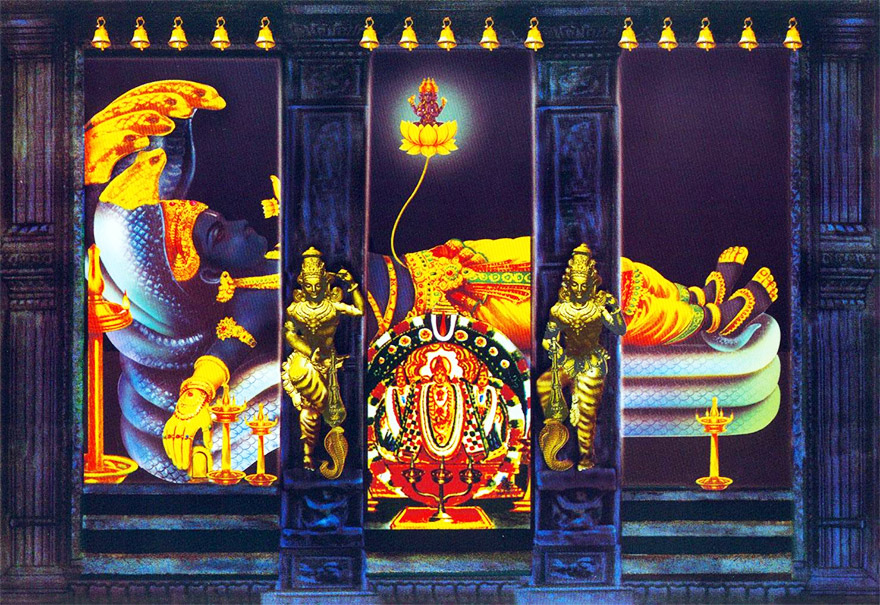 It is believed that beyond Chamber B lies another hidden inner chamber.

Beyond the secret vault, historical accounts suggest that another chamber exists, built out of thick walls made of solid gold where the mystery really exists, and contain the largest undiscovered treasure find in the history of the world. 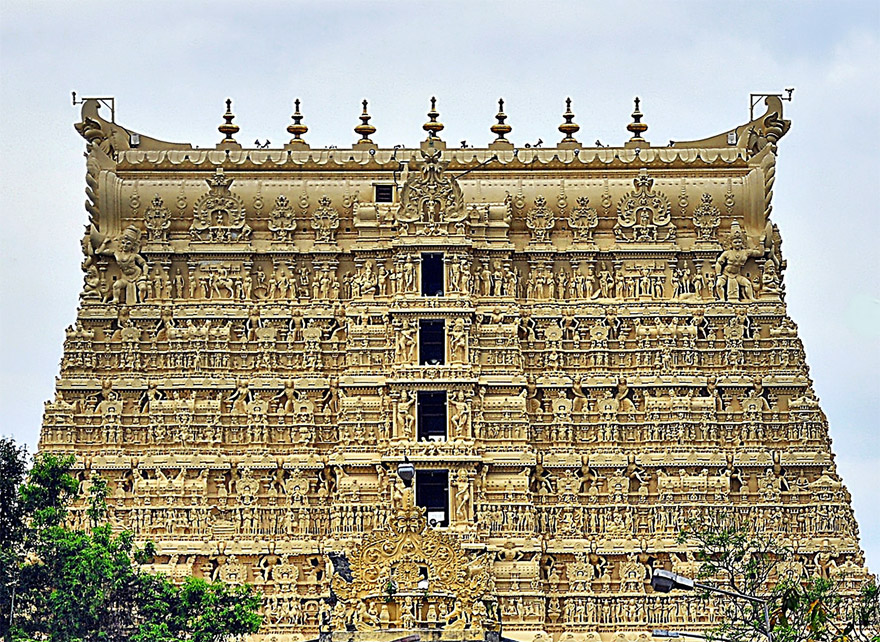 Furthermore, if we take a look at a book titled “Travancore; A Guide Book for the Visitor (1933)” by Emily Gilchriest Hatch, we will find accounts of people who tried opening the mysterious vault with disastrous results. A group of people tried entering the vaults in 1931: the results? They had to flee for their life’s as they discovered a place infested with cobras. Accounts from 1908 also mention similar stories.

Today the Sri Padmanabhaswamy temple is one of the most protected places on the planet, guarded by metal detectors, security cameras, and more than two hundred guards, some of whom are equipped with heavy weapons. 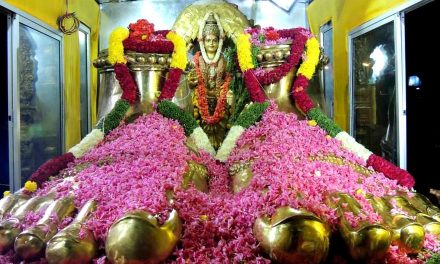 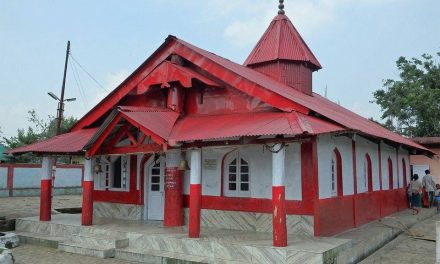