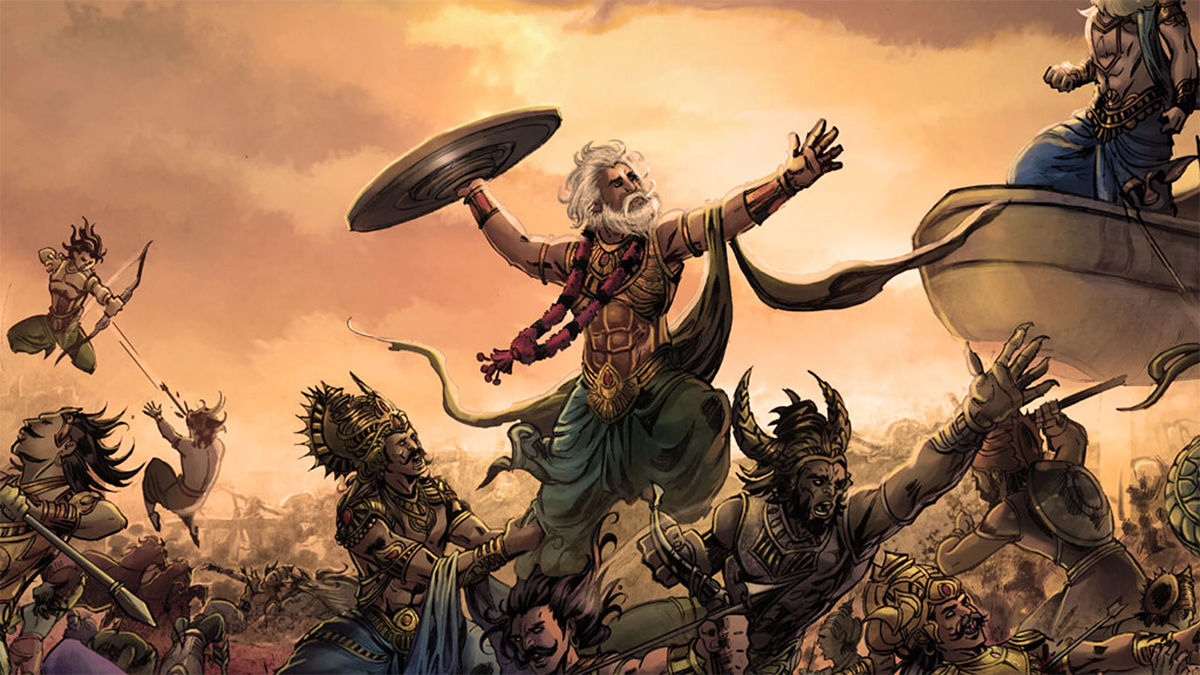 In what comes as a major shock to the eminent historians who argue that the Sanskrit Epic ‘Mahabharata’ is a myth and also ardently support the Aryan invasion theory, senior ASI Archaeologists have revealed that the Sanskrit Epic, Mahabharata could be much older than what we were always told about it to be. It is now believed that the Mahabharata could date back to 1500-2000 BCE as opposed to the generally believed timeline of 900-1000 BCE based upon the findings of historian BB Lal.

It is important to mention here that last year the Uttar Pradesh ASI had unearthed first-ever physical evidence of Copper Bronze Age Chariots in Baghpat. This was seen as a sensational discovery by ASI by all counts and was expected to change the hitherto held perceptions of ancient Indian History in totality. It was the first-ever Chariot that was found since the Indus Valley Civilization’s exploration was started in the 1920s.

The relics suggested the existence of a two-wheeled open vehicle that may have been driven by one person. The wheels rotated on a fixed axle linked by a draft pole to the yoke of a pair of animals. The axle was attached with a superstructure consisting of a platform protected by side-screens and a high dashboard. The wheels and the pole have been found decorated with copper triangles, symbolic of the rays of the sun.

During the excavations, there were also indications of a ‘royal burial’. Copper plated anthropomorphic figures -having horns and peepal-leafed crowns -found on the coffins gave such indications. The sides of the coffins are also decorated with floral motifs. While coffins have been discovered during past excavations in Harappa, Mohenjo-Daro and Dholavira (Gujarat) but these were not laden with such ornamental copper decorations. Moreover, swords, daggers, shields and a helmet confirmed the existence of a warrior population. At that time, Manjul had said, “It is confirmed that they were a warrior class. The swords have copper-covered hilts and a medial ridge making it strong enough for warfare. We have also found shields, a torch and daggers.”

The present claim of the Mahabharata being older than it was always believed to be, is essentially based upon the aforementioned finding of chariot last year. ASI’s Institute of Archaeology Director, Sanjay Manjul, discussed these findings from last year and said that the war chariot found last year was the first of its kind. On advanced testing, it has now been found to be “a horse-pulled” one. This is a significant discovery as it places the site “closer to the culture of Mahabharata”.

Elaborating further, Manjul said, “The whip we have discovered is specifically the one that is used on a horse, not a bull. The wheels, pole and yoke are solid, with copper triangles. The helmets, shields are sophisticated. The Sanauli findings are a missing link with the Rigvedic culture and a sign of our civilisational continuity. Chariots figure prominently in Rigveda, Ramayana and Mahabharata.”

It must be observed that the present site at Sanauli Village is just 36 KM from the Harappan site at Alamgirpur. The late Harappa period is dated 1800-1300 BC. Therefore, the dating back of the Mahabharata period to 1500-2000 BCE on the basis of the excavation findings at Sanauli comes as a huge setback to the Marxist historiography as it virtually negates the ‘Aryan Invasion theory’, which forms an integral part of the narrative that is aggressively pushed by some eminent historians in the country.

It is relevant to mention here that Bijnor, which is just 90 kilometres away from Alamgirpur is mentioned in Mahabharata associated with the King Vidhura. There is Vidhura Kutir in Bijnor. Bijnor, being part of IVC, the present findings of ‘Chariots’, anthropomorphic figures and ‘Antenne Swords’ are all indicative of a distinguished Royal story closely resembling Mahabharata’s events. Bijnor is known as “Vyghraprastha’ and was founded by Pandavas. The events described in Mahabharata and the excavation last year on which the recent findings of the ASI are based share a close nexus.

The leftist historians who dub the Sanskrit epics Mahabharata and Ramayana as ‘myth’ were hell-bent on ensuring that the two are not treated as historical sources. They were worried about how their centuries-long propaganda would be debunked if evidence was unearthed about the Mahabharata or Ramayana. Till now, they have been citing lack of archaeological evidence to deny these epics as historical sources. However, the latest ASI findings come as a game-changer. With the path-breaking excavations and compelling evidence making it clear that the Mahabharata could date back to 1500-2000 BCE, leftist historians seem to be losing in their propaganda about the Mahabharata being a mere work of fiction as well as their insistence upon supporting the ‘Aryan Invasion theory’.