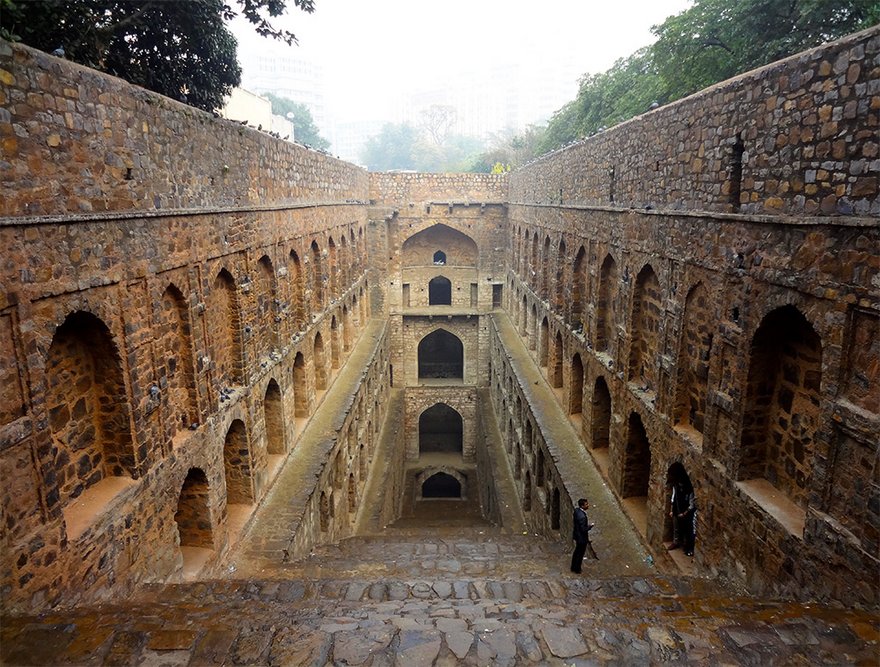 Across India an entire category of architecture is slowly crumbling into obscurity, and you’ve probably never even heard it. Such was the case 30 years ago when Chicago journalist Victoria Lautman made her first trip to the country and discovered the impressive structures called stepwells.

Like gates to the underworld, the massive subterranean temples were designed as a primary way to access the water table in regions where the climate vacillates between swelteringly dry during most months, with a few weeks of torrential monsoons in the spring.

Thousands of stepwells were built in India starting around the 2nd and 4th centuries A.D. where they first appeared as rudimentary trenches but slowly evolved into much more elaborate feats of engineering and art. By the 11th century some stepwells were commissioned by wealthy or powerful philanthropists (almost a fourth of whom were female) as monumental tributes that would last for eternity. Lautman shares with Arch Daily about the ingenious construction of the giant wells that plunge into the ground up to 10 stories deep: 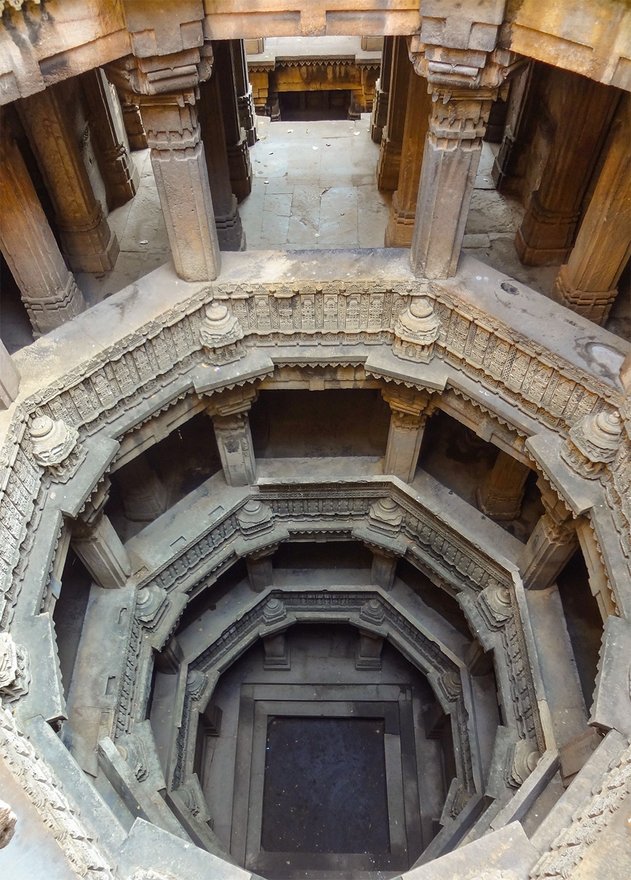 Construction of stepwells involved not just the sinking of a typical deep cylinder from which water could be hauled, but the careful placement of an adjacent, stone-lined “trench” that, once a long staircase and side ledges were embedded, allowed access to the ever-fluctuating water level which flowed through an opening in the well cylinder. In dry seasons, every step—which could number over a hundred—had to be negotiated to reach the bottom story. But during rainy seasons, a parallel function kicked in and the trench transformed into a large cistern, filling to capacity and submerging the steps sometimes to the surface. This ingenious system for water preservation continued for a millennium. 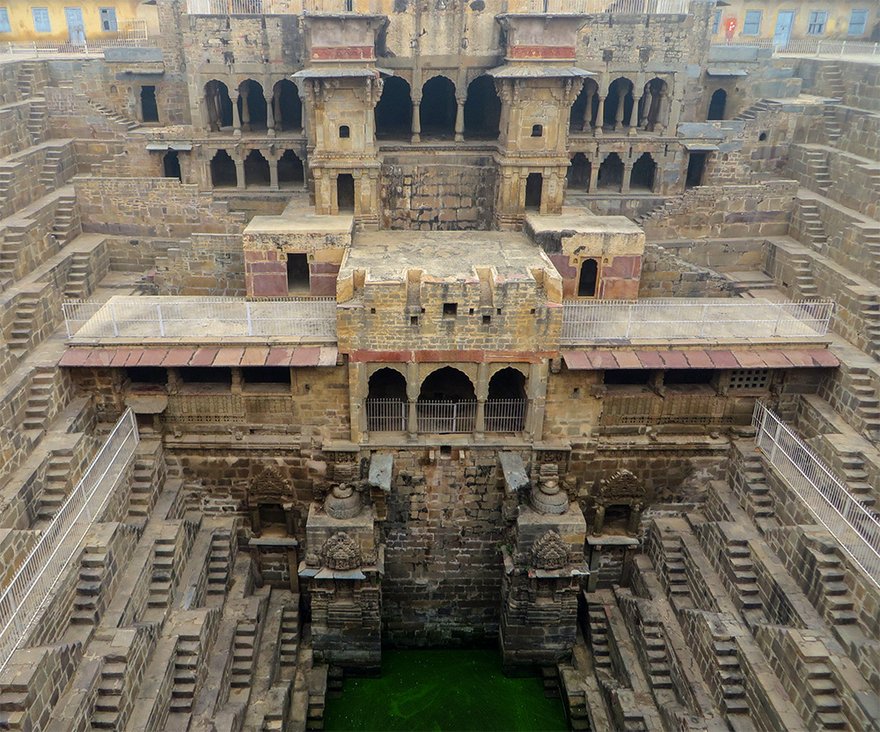 Because of an increasing drop in India’s water table due to unregulated pumping, most of the wells have long since dried up and are now almost completely neglected. While some stepwells near areas of heavy tourism are well maintained, most are used as garbage dumping grounds and are overgrown with wildlife or caved in completely. Many have fallen completely off the map. 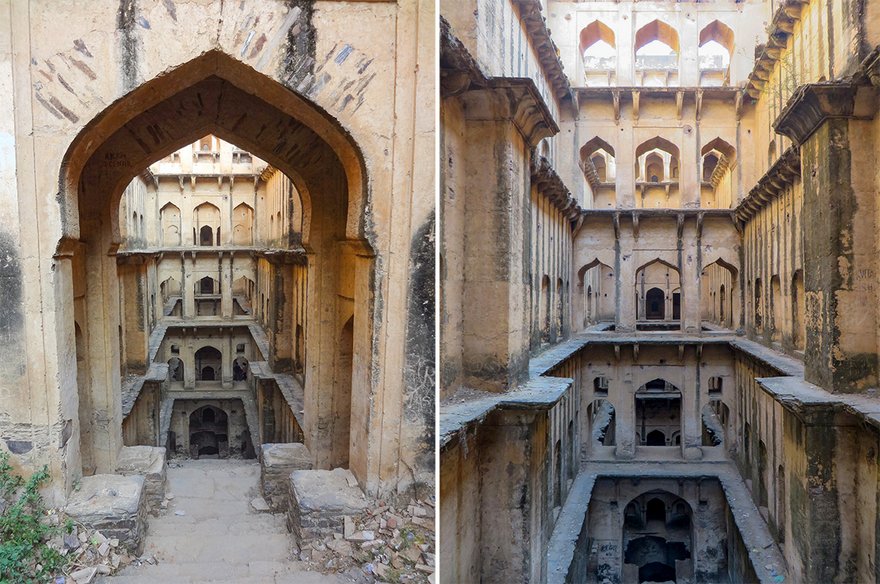 Inspired by an urgency to document the wells before they disappear, Lautman has traveled to India numerous times in the last few years and taken upon herself to locate 120 structures across 7 states. She’s currently seeking a publisher to help bring her discoveries and photographs to a larger audience, and also offers stepwell lectures to architects and universities. If you’re interested, get in touch. 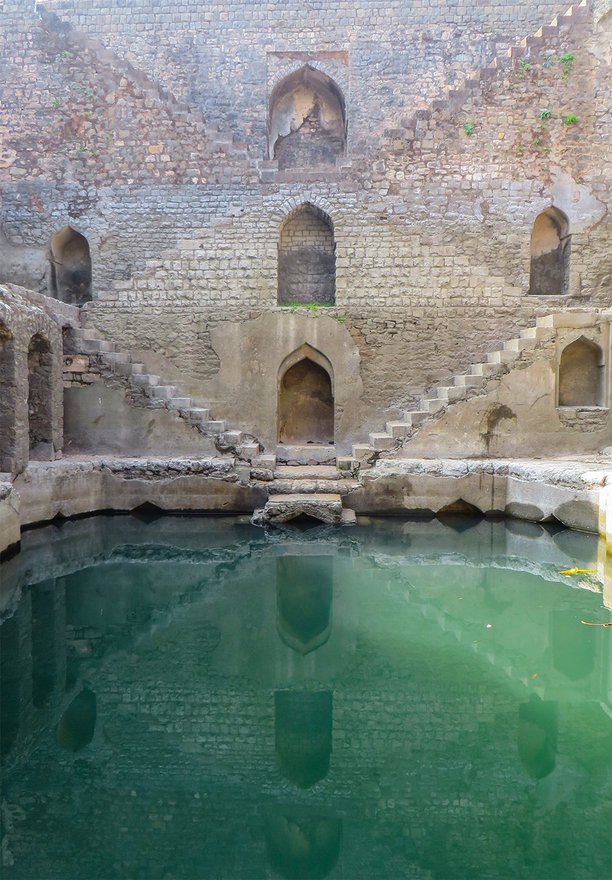 You can read a more comprehensive account of stepwells by Lautman on Arch Daily. 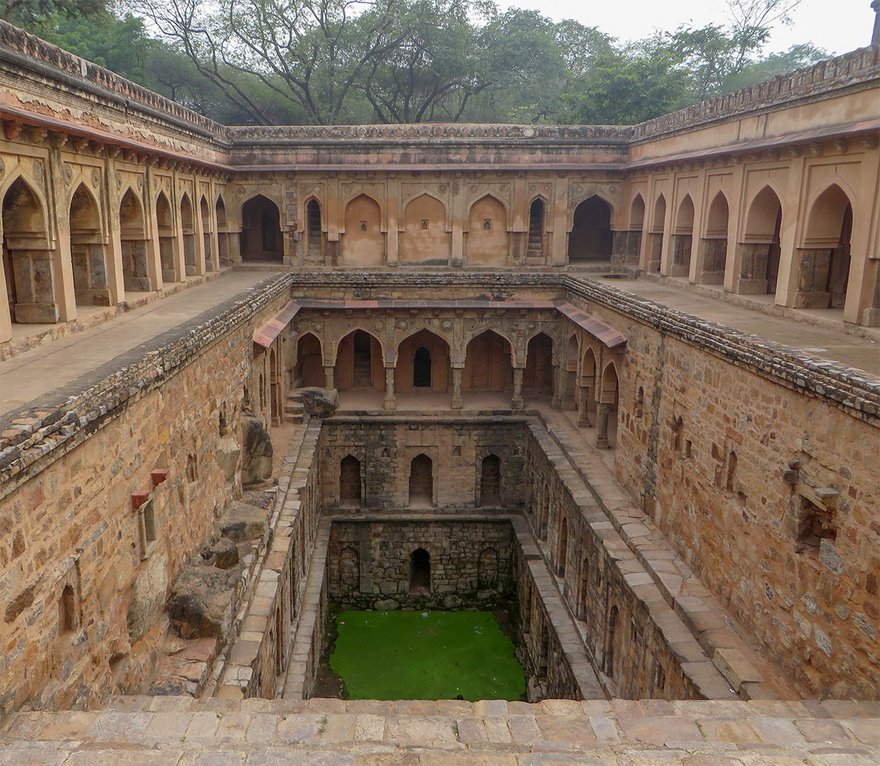 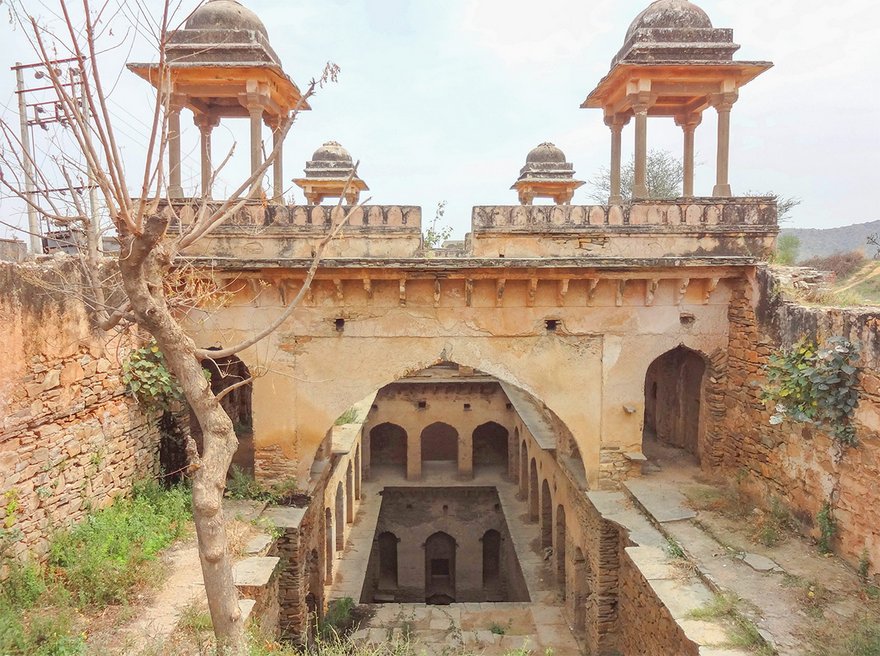 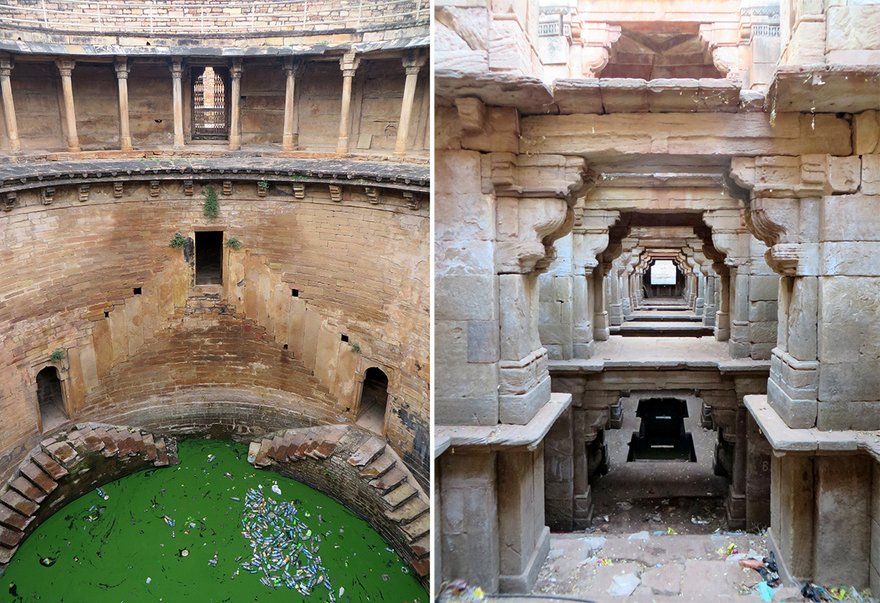 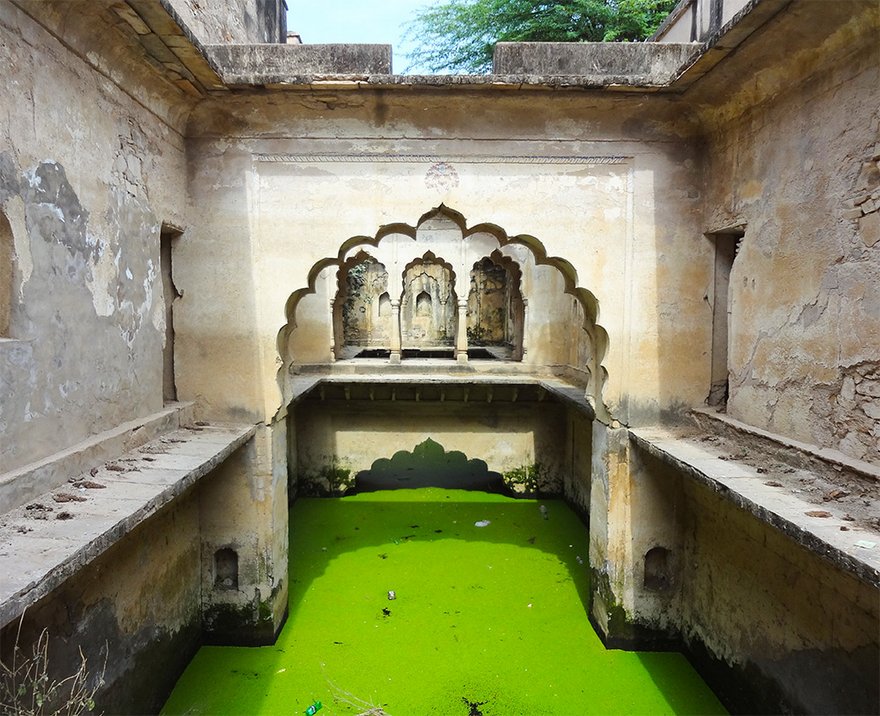 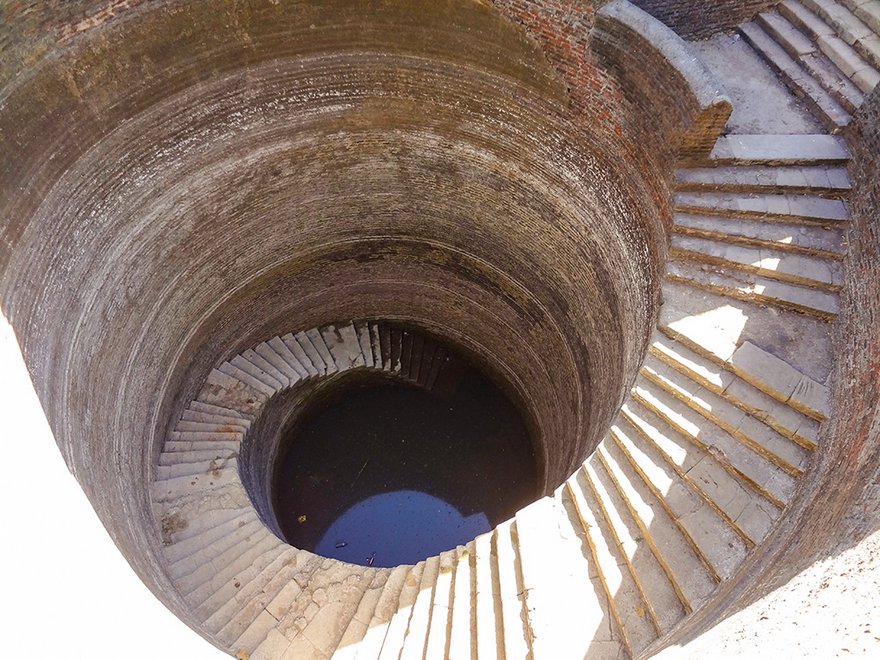 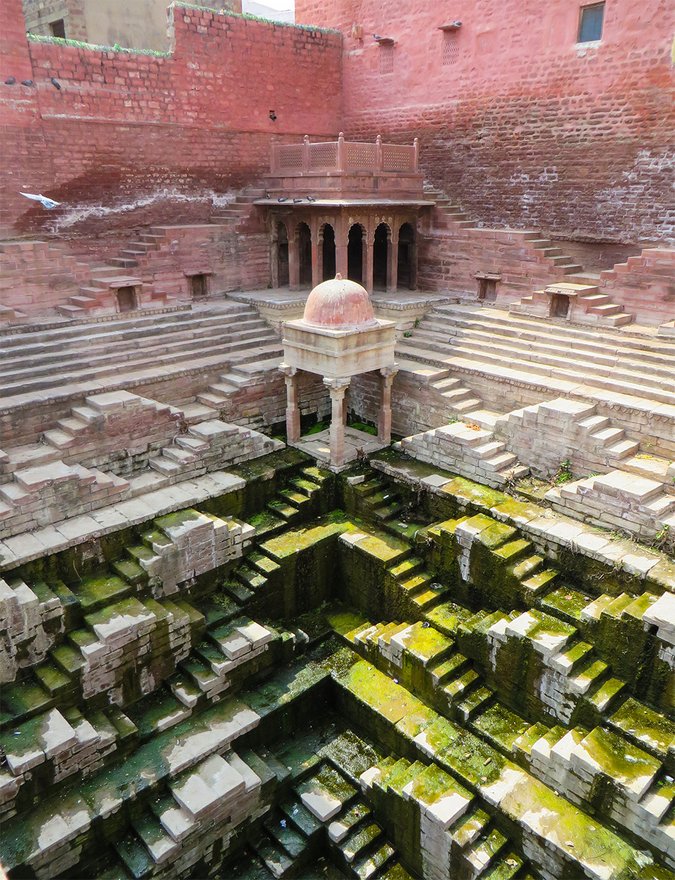 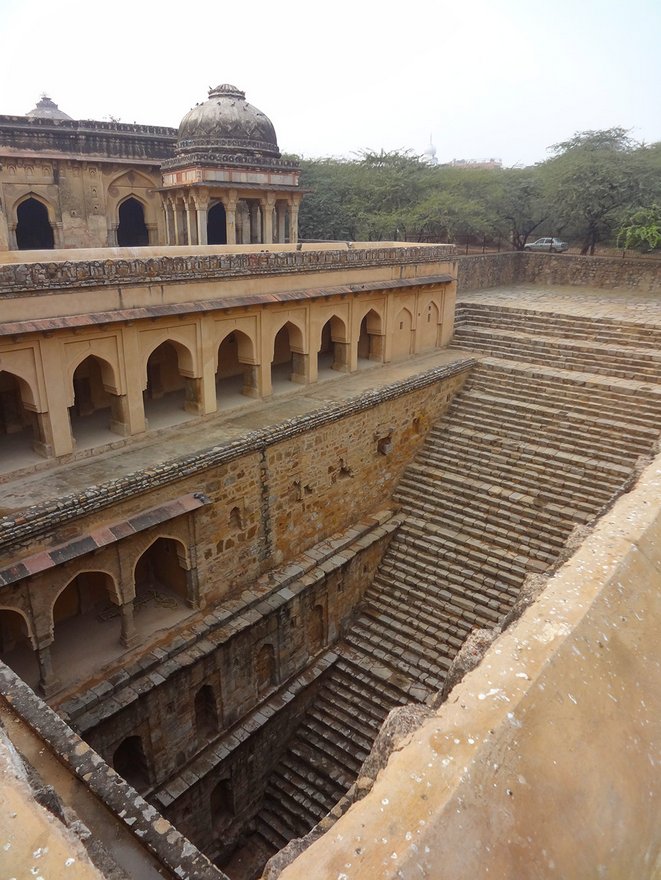 The History of Stone Art in Nepal