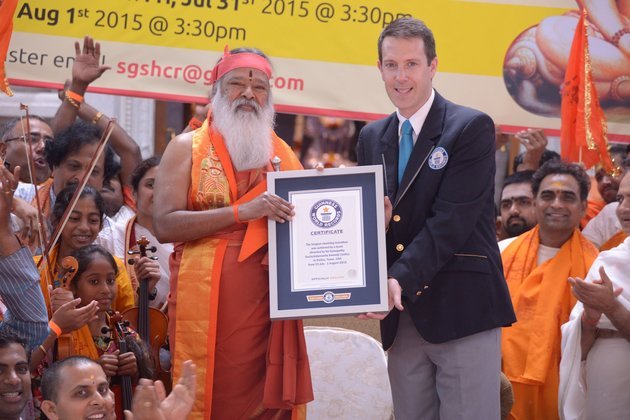 A Hindu temple in Frisco, Texas has set the Guinness World Record for longest continuous chanting marathon — after more than 24 hours of recitation.They chanted for world peace and universal brotherhood, pausing for a five-minute break every hour to stretch, go to the bathroom and have a snack.

The Karya Siddhi Hanuman Temple, inaugurated by spiritual leader Sri Ganapathy Sachchidananda Swamiji, celebrated the chant marathon on August 1, shortly after its official opening on July 23. The 34,000-square-foot facility hosted nearly 800 people for the chant marathon, and 582 of them made it through the entire 24 hours.

The temple live-streamed the entire ceremony online to allow devotees around the globe to participate virtually, as well as to ensure the marathon’s authenticity. Guinness World Records confirmed to The Huffington Post that the temple set the record for longest continuous chant, which lasted for 24 hours, 10 minutes and 8 seconds. 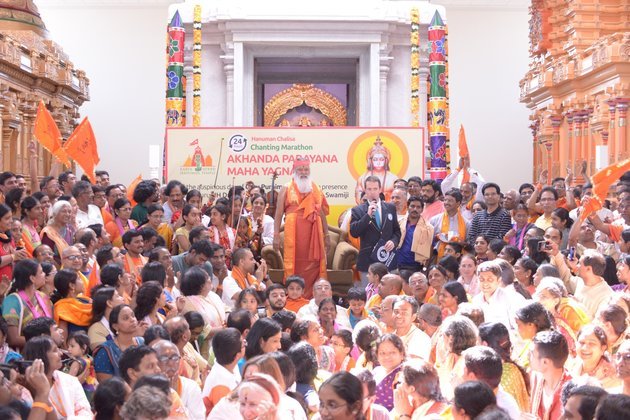 “Hanuman is known for his strength, knowledge, wisdom and unwavering faith to his deity whom we call Lord Rama,” temple chairman Prakasa Velagapudi told HuffPost. “So in this chanting we tried to describe these qualities.” 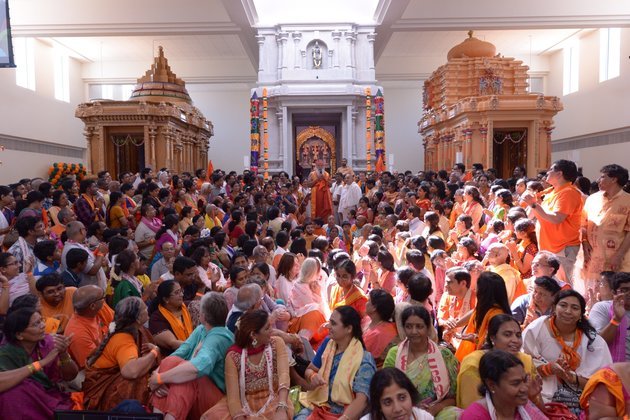 Chanting the Hanuman Chalisa is believed to bestow the god’s qualities upon the devotees, Velagapudi said. But Hanuman Temple’s event had another, even more ambitious goal.

The more we chant, the more energy we create, Velagapudi said. He referred to this energy as “vibrations” which can be strong enough to “bring adversaries together” and event promotes world peace. Not only is it good for the individual who participates, but it’s also good for the community — even the trees and the animals,” he said.

Large-scale chanting is something Swamiji, an Indian spiritual leader known for his musical compositions, has pursued in the past. In January, he set the Guinness World Record for most people chanting together when he led 128,918 people in a-hour chant for world peace. 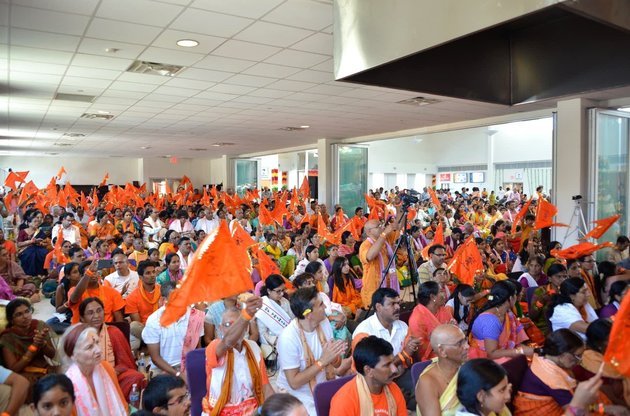 The event at Hanuman Temple in Frisco continued that intention and brought together participants from 14 different nationalities and 18 countries around the globe. “These many people have come together for a reason, for a cause,” Pydimarri told HuffPost.

After 24 hours of continuous chanting, with just a five minute break every hour, many people walked away feeling rejuvenated and even energized, Velagapudi said. Pydimarri said he can still feel the “energy” the chanting created in the prayer hall even days after the event.

“Everybody felt they wished it did not end,” Velagapudi said.