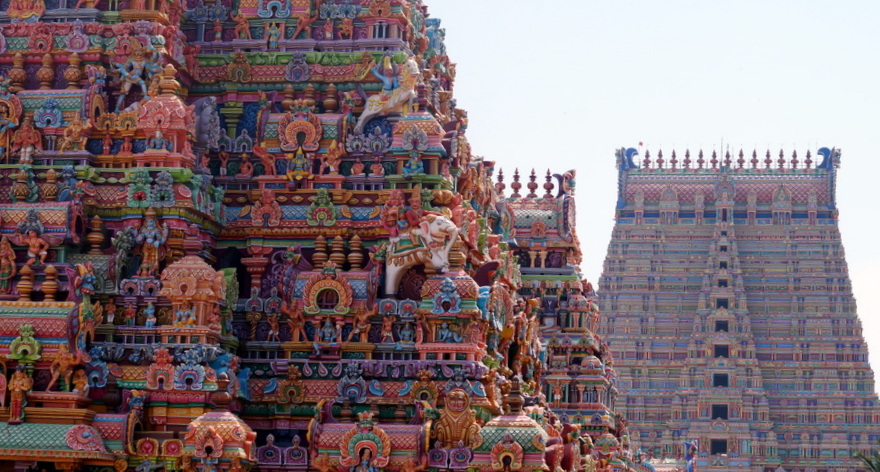 People are fascinated by tall structures. Some of the giant skyscrapers in the world, such as the one in Dubai, which is 2700 feet tall, or the Shard in London soaring at 1000 feet, are indeed impressive and awe-inspiring.

But the tall and expansive temple towers in India, some of them built over 1000 years ago, are phenomenal and truly divine. 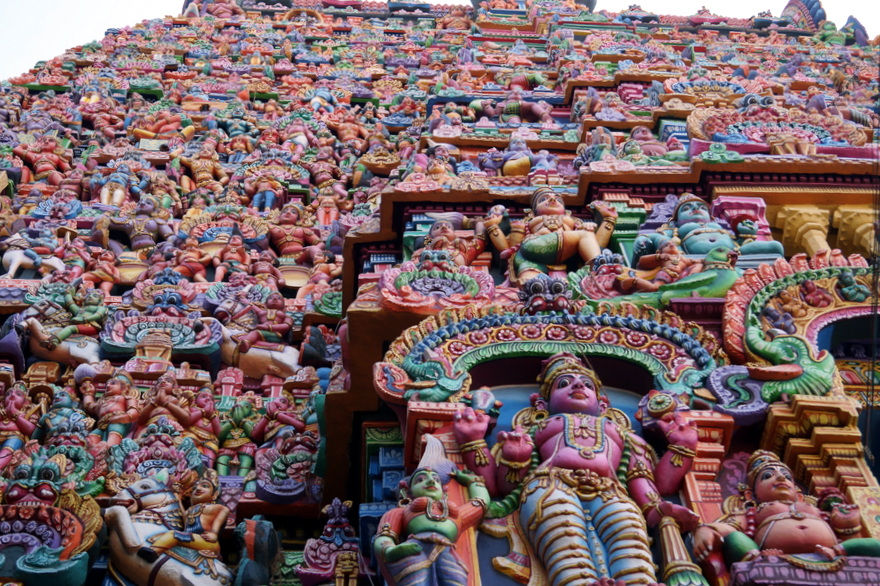 Temple towers, or Gopurams, are visible symbols of divine power exquisite mythological artwork decorating them from bottom to top. We bow at the feet of the Lord at the entry as we step into the temple and proceed towards the sanctum, which is an entirely different world. 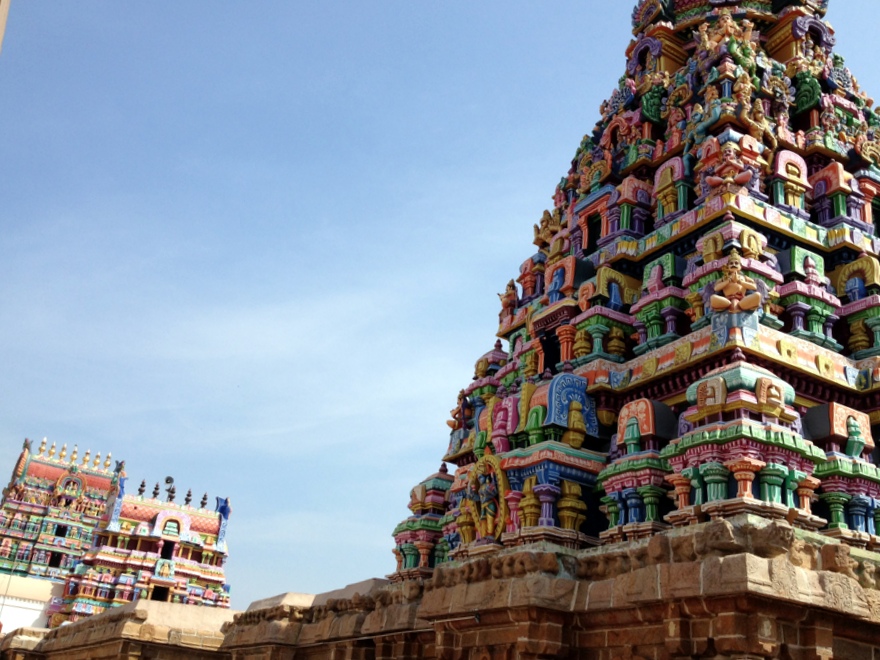 A Gopuram is usually constructed as a pyramidal structure on an enormous stone base and superstructure made of lime and brick. It is rectangular in sketch. 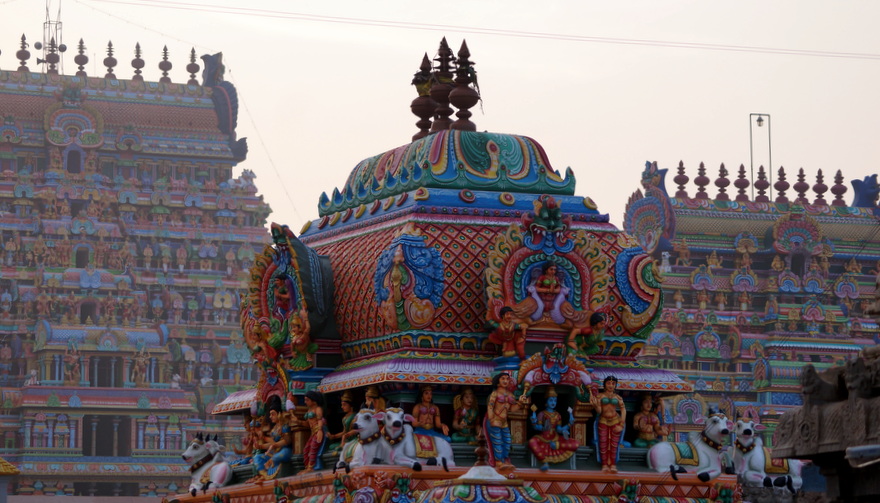 The great heights are a visible landmark to make easy to recognize the location by roaming pilgrims. For people who are old and infirm who cannot come to the temple, it is a reminder of the divine and to pray from wherever they are. 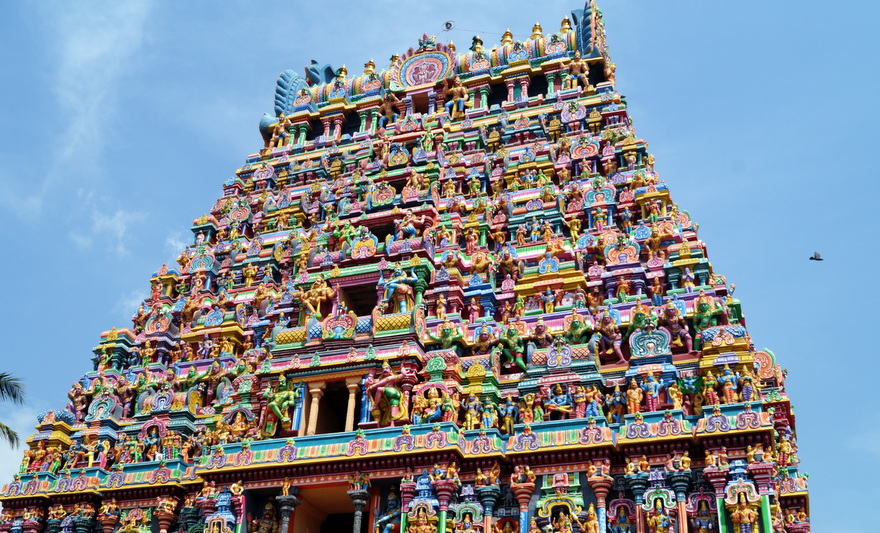 On top of the Gopuram, there is kalasa, usually made of copper. From a distance, the shape of a kalasa looks like a flower bud or pot. Cereals and precious stones are placed inside the kalasa to invoke the divine power. Kalasas act as a lightning seize, engineered to guard the structure in the event of lightning hit. 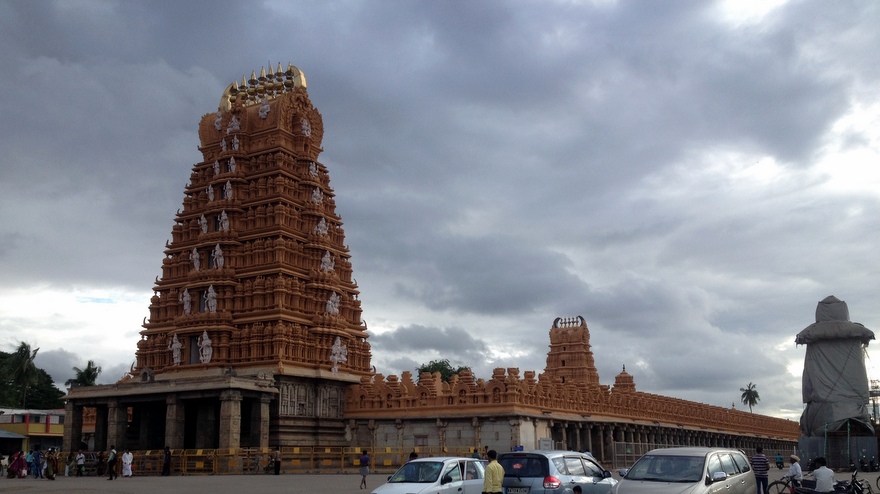 Temple Gopurams have the effect of transforming the temple from a mere place of worship to the centre of a vibrant town. Consider the huge gopuram top the famous thousand year old Sri Ranganatha Swamy temple at Srirangam in Tamilnadu. 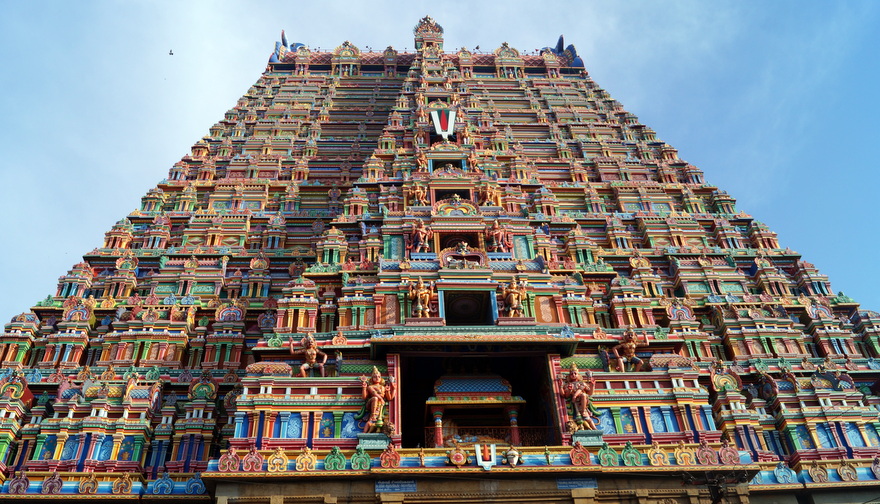 This temple has seven enclosed Space walls and as many as 21 gopurams, with the tallest one soaring to 240 feet, the entire temple complex covering an area of about 600 acres! 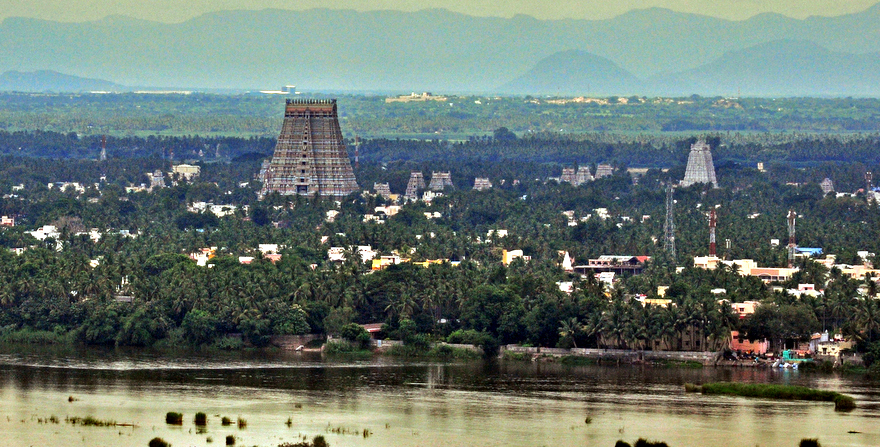 The most magnificent Gopuram which remains an enigma even today is the giant 10 century Brihadeeswarar temple in Tanjore in south India. 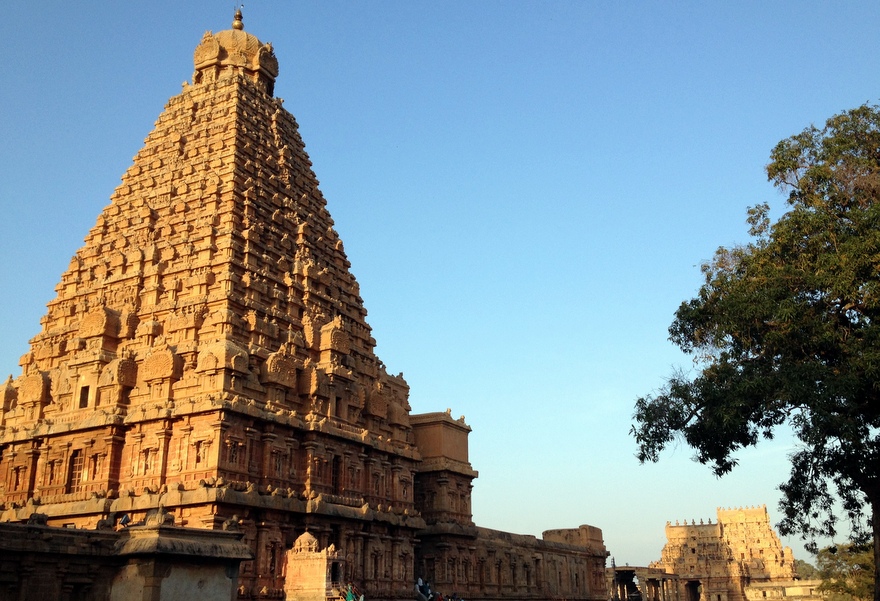 While the tower soars to nearly 200 feet, the granite kalasa on top weighs around 80 tons. 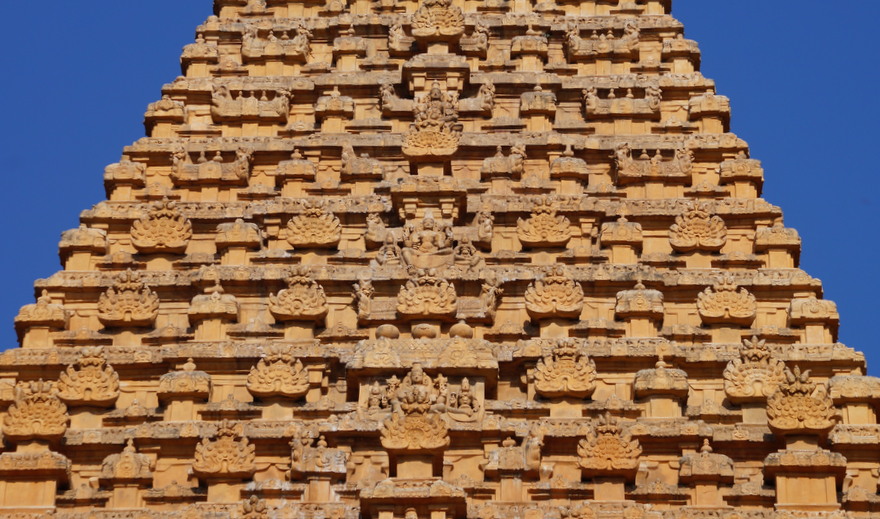 How the kalasa, which Is made of single stone, was hoisted to this height to a precise position in that era of construction with the help of elephants and horses remains a mystery to today’s so called advanced science modern era. 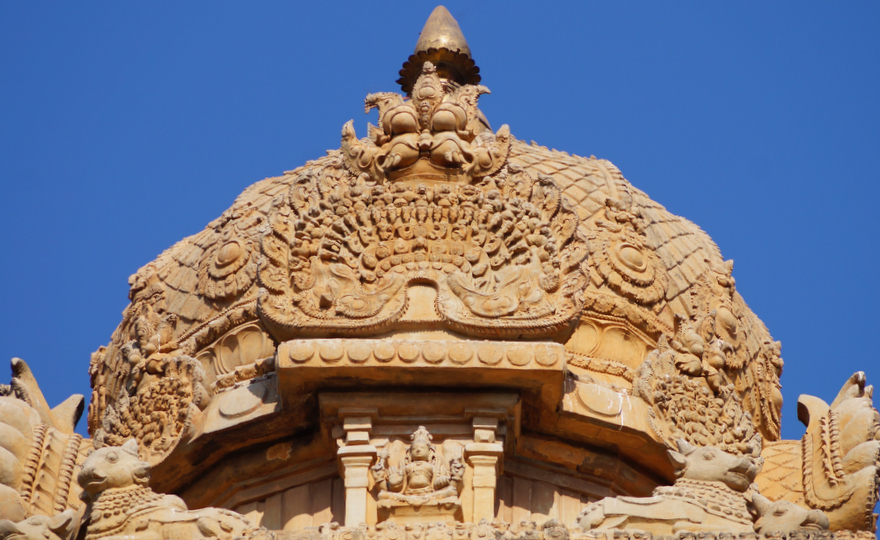